Fish were left overnight in a hoop net and re-inspected the next day. During re-inspection, it was found that a large percentage of the fish were either dead or not dead but not releasable. A small percentage appeared to be in good condition and could be released.
Data from this study are purely anecdotal at this point. But the observations from this work will guide future, more formal research.

In my opinion, one of the most common mistakes that ice anglers make is heading too deep, too early. 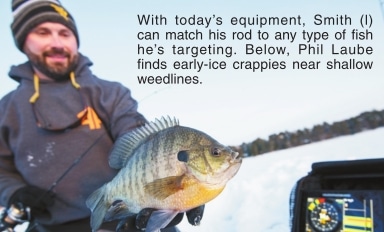 With the fast onset of winter across north country, the ice-angling season has quickly arrived.