A snowy winter is a mix of good and bad 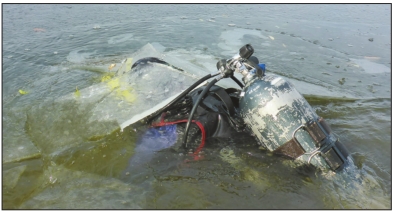 In early winter, McComas simply breaks ice to get to the bottom of an investigation. However, by the end of January, ice is too thick to easily break. In this case, rather than using a chainsaw to make a big-enough dive opening, an underwater camera can often get the job
done. Photo courtesy of Steve McComas

BY mid-January 2023, the snowfall accumulation in the Twin Cities metro area is over 50 inches – and winter is only half over. Snow events began in early November with more on the horizon. Above-average snowfall includes both good news and bad news for lake ecosystems.

The good news: Heavy winter snow and subsequent snowmelt should bring up lake levels. Fish that run up streams for spawning – northern pike,
walleyes, and suckers – will benefit by having adequate flow to carry out their mission. 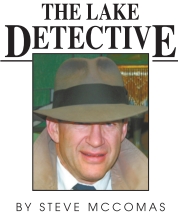 The bad news: Depending on how rapidly the snow melts, there could be spring river flooding. Also, high spring stream flow will bring extra nutrients into lakes. The spring phosphorus inputs will cycle through the algae and end up contributing to cyanobacteria blooms in August.

The good news: In dry years, wetland water levels drop and they will have storage for accommodating heavy snowmelt runoff, which could occur this spring. The storage capacity can handle peak flows and can reduce flooding.

The bad news: If snowmelt runoff is too great, wetlands get flushed and nutrients that have accumulated during a dry year get picked up and are transported downstream. This increases nutrient inputs to lakes, resulting in a summer with above-average algal growth.

The good news: Low lake levels that were present at lake ice-up would tend to concentrate fish in a lake due to reduced water volume. Game fish then have better access to prey species. Game fish growth rates improve.

The bad news: In some cases, game fish have access to all the forage they need and the ice-fishing bite is slow because the predators are satiated.

The good news: In January, there has been melting snow and rain, and subsequent runoff into lakes can reoxygenate the water column and stave off winterkill.

The bad news: If the runoff volume is not adequate, oxygenated water will increase lake dissolved oxygen only slightly. If dissolved oxygen is insufficient,
game fish will suffocate. Often, low-oxygen-tolerant bullheads and goldfish will survive and dominate the fish community. This is a partial winterkill. At least 10% of the lake volume should remain well-oxygenated through the winter for fish to make it.

The good news: Thick snow cover filters sunlight and produces a dim light field in the lake. Walleyes have an advantage over other predators because they can feed in low-light conditions.

The bad news: Early lake ice-up with heavy snow and a late ice-out is a recipe for winterkill in shallow lakes.

The good news: Big, deep lakes have little problem with low dissolved oxygen due to heavy snow effects. The largelake water volume represents a large supply of oxygen and oxygen is not depleted with ice cover, which prevents atmospheric re-oxygenation.

The bad news: Shallow lakes are susceptible to winterkill because they have a smaller volume. The rule of thumb is that 25% of a lake area should be 15 feet or deeper to escape winterkill in most years.

Good news/bad news: We are only halfway through the snow season. I’ll be tracking the lake action until ice-out. I wonder what mysteries will arise during the next few months.

If you have any lake questions, drop me a line. Maybe I can crack the case: LakeDetective@gmail.com