CO Jeremy Woinarowicz (Thief River Falls) monitored angling and snowmobiling activity in the area. He responded to calls about injured deer and snowmobiler trespass. CO Demosthenes Regas (Blackduck) reports working angling activity on area lakes and receiving reports from anglers that, for many anglers, fishing has been slow. Time also was spent working on closing out a fire investigation from this past fall and deer-hunting cases from the deer season.

CO Brett Fox (Bemidji) spent the week learning his new station as well as meeting local officers and DNR staff. Truck and radio maintenance was conducted, as were administrative tasks.

CO Jake Swedberg (Detroit Lakes) spent the week checking snowmobilers and anglers. Many anglers were checked throughout the week, but many reported it was difficult to get the fish to commit.

CO Angie Warren (Mahnomen) worked angling activity. A complaint about snowmobiler trespass was received and investigated. Questions were answered about angling regulations and an injured deer.

Additional time was spent responding to wildlife-related calls and answering general questions from people. With the presence of non-portable shelters increasing on certain lakes, Goodman would like to remind folks to clean up trash and waste frequently. New snow and wind often hides litter violations long after shelters are removed, so if you see an area of concern, please report it sooner than later.

CO Mitch Lawler (Alexandria) worked busy trails and lakes this week. Anglers and snowmobile riders were out in full force with the beautiful weather. Enforcement action was taken on a few anglers for using extra lines and unattended lines and keeping illegal-length fish. Several groups of coyote hunters also were checked.

CO Daniel Baumbarger (Glenwood) reports enforcement efforts for the week were concentrated on checking anglers and snowmobile operators. Additional time was spent following up on cases from the deer season and investigating litter complaints.

CO Curtis Simonson (International Falls) reports checking anglers this past week on area lakes and rivers. Snowmobile trails were patrolled, and trapping activity was monitored throughout the area.

CO Marc Johnson (Hibbing) primarily worked angling and snowmobiling enforcement. Time also was spent at Camp Ripley, completing online training, and investigating a call regarding a deer illegally taken out of season. The winter trout season opened during the weekend, but few anglers were seen on local designated trout lakes.

CO John Velsvaag (Ely) checked anglers and snowmobilers this past week. Much of the slush has frozen, but larger lakes are rough for snowmobiling. Fishing success was average and ice thickness varied a lot on the same body of water on several lakes.

CO Hudson Ledeen (Grand Marais) reports opening weekend of the regular inland trout season saw mild success among most anglers. However, warm weather and light winds created ideal conditions to be out and trying your hand a catching trout.

CO Kylan Hill (Tofte) reports a busy weekend of trout angling and snowmobiling activity in Cook County. Hill worked with other officers on Saturday and Sunday, contacting large groups of anglers chasing lake and stream trout. A trapping case was opened after Hill was notified of a pine marten trap left after the season.

CO Vinny Brown (Northome) checked anglers and patrolled lakes and trails by snowmobile. With decent weather, anglers have been hauling in good numbers of fish. Enforcement action was taken for possession of drug paraphernalia, no shelter license, and license violations.

CO Thomas Sutherland (Grand Rapids) worked ice anglers in the area. He took enforcement action on anglers for not having licenses in possession. Remember when venturing out on the ice to have your license with you, as the law states.

CO Taylor Hochstein (Hill City) worked a busy trout opener during the weekend. Weather and slush conditions were good, and the trout bite wasn’t bad, either. Enforcement action was taken for angling without a license, no trout stamp, and other various violations. 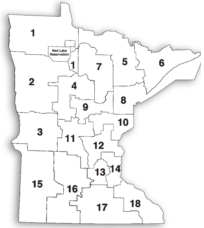 CO Matt Loftness (Marshall) spent the week working anglers and snowmobilers. Getting around on area lakes continues to be an issue in spots unless you have a plow. Temperatures in the 30s for most of last weekend started to cause flooding problems around fish houses.

CO Eric Sullivan (Brainerd) responded to a fire on Roy Lake. Two fish houses were total losses due to the fire.

CO Jim Guida (Brainerd) worked snowmobile and angling enforcement this past week. Assistance was provided to the Nisswa 100 snowmobile race. Guida also worked with a local snowmobile club on signage and awareness of a trespassing complaint. Numerous snowmobile tracks were observed off-trail, running over young trees. That activity has threatened easements for snowmobile trails across private property.

CO Andrew Ladzinski (Pine River) conducted patrols on local designated trout lakes for the trout-season opener. A detail was worked on the Whitefish chain with other local officers for snowmobile speed enforcement and ice-fishing activity. When placing fishing shelters on lakes, please leave plenty of room away from marked snowmobile trails.

CO Gregory Verkuilen (Garrison) checked lake activity where shelter numbers were gradually increasing. Snowmobile traffic was worked in different parts of the state and snowmobile riders were making use of mostly good trail conditions. Knowledge of snowmobile registration appeared to be regressing as some operators claimed they didn’t know how or where to display registration.

CO Stephen Westby (Little Falls) worked area lakes and trails for angling and snowmobiling activities. There were several complaints about snowmobile riders off trails. Many landowners are looking at closing trails.

CO Tou Vang (Pierz) monitored smallgame hunting and trapping, angling, and snowmobiling activity throughout the week. A report of an incidentally taken fisher caught in a bobcat set was taken, and the fisher was recovered.

Krauel also dealt with a truck driver driving down a snowmobile trail and a young snowmobile rider who fled from officers but left friends behind.

CO Trent Seamans (Big Lake) focused enforcement efforts on anglers and snowmobile operators. Additional time was spent following up on investigations from the deer season. Enforcement action was taken for failing to display valid registration on a snowmobile, possessing drug paraphernalia, and hunting deer without a license.

CO Ryan Hanna (Milaca) patrolled area snowmobile trails and area lakes. While on snowmobile, CO Hanna and CO Seamans spoke with a citizen who thought it was OK to burn prohibited materials. The person was educated.

CO Brent Grewe (Minnetonka) reports that many lakes still have lots of deep, heavy slush and people should use caution when heading out on them.

CO Alexander Birdsall (Waconia) spent most of the past week conducting angling and snowmobiling enforcement. One snowmobiler was stopped for trespassing and was also found to have registration more than two years expired. The rider was cited.

CO Chris Tetrault (Maplewood) did equipment maintenance on his squad vehicle and snowmobile. Anglers on area lakes and rivers were checked. The slush below the snow isn’t as bad as it was a week ago. An injured-deer call was taken, but Tetrault was not able to catch up with the animal.

CO Derek Daniels (Lake Benton) worked snowmobiling and angling enforcement this past week. Time was spent on a back ground investigation for a new conservation officer candidate. Assistance was given to county law enforcement for a traffic-related incident.

Getting around on area lakes continues to be an issue in spots unless you have a plow. Temperatures in the 30s for most of the weekend have started to cause flooding problems around fish houses.

CO Nicholas Klehr (Litchfield) worked the trout opener, and it was busy. There is still lots of snow and slush on the ice, making it challenging to get around and causing a wide variance in ice conditions.

CO Jesse Drown (Jackson) patrolled his station working both snowmobile enforcement and ice anglers. Inspections were conducted of taxidermists and aerators in the area.

CO Meng Moua (Spring Valley) focused on fishing and snowmobiling activity. The winter season for stream trout in lakes opened for fishing this past weekend. Some brook trout were seen in the bag, with most anglers reporting catching brook trout and northern pike.

CO Tom Hemker (Winona) reports heavy angling pressure with limits of panfish seen. The snowmobile trails in the area were closed. He received a complaint about people feeding deer, along with several calls about nuisance and sick wildlife.

There seemed to be many more Wisconsin anglers than Minnesota anglers on the border waters on Sunday afternoon.