Although I don’t agree with the belief that Pennsylvania’s turkey population is in drastic decline, there are plenty of people who feel otherwise.

Granted, my position is based not on science, but rather observation. I am not out there banding birds or rocket netting flocks like a biologist, but I do cover a lot of ground in the fall across seven counties and two regions (southwest and northeast) hunting turkeys.

And based on the sign and actual birds that I see, the population – at least in these areas – is fine. 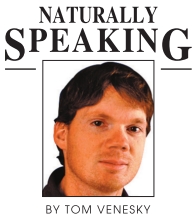 I know that my boots-on-the-ground observations may not carry the same weight as intensive population studies conducted by a biologist, and I’m also aware that my take on turkey numbers likely isn’t the mainstream opinion.

Nor is it reflective of the turkey population on a statewide level.

So, even though I’m seeing turkeys, a lot of people aren’t, and it’s a concern we all should share.

If so many people are claiming turkey numbers are down, let’s verify it, identify a cause and come up with a solution.

• Prohibit incidental harvest in the fall by archery hunters

Some of these ideas have merit, while others, in my opinion, are pointless.

The turkey population isn’t the only thing on the decline, as the number of fall turkey hunters has dropped as well. According to Pennsylvania Game Commission data, the number of hunters participating in the fall turkey season in 2021 dropped by 19% from the previous year.

In fact, the 81,530 hunters who participated in the 2021 fall season represents a drastic drop from the 2013 figure of 199,088. I bet the actual number is far less than 81,530 when the number of people hunting fall turkeys exclusively – and not those hunting primarily for deer in the archery season – is taken into account.

Let’s face it, there just aren’t that many hunters solely focusing on turkeys in the fall.

The declining harvest trend leads to another question: If the fall harvest has declined in six of the last seven years, and the overall turkey population has declined during the same timeframe, is the fall season really to blame?

Approximately 60% of the birds taken in the fall are females. If there are consistently fewer birds killed in the fall year after year, shouldn’t the population start to stabilize, if not increase at some point?

Still, if the belief persists that the fall harvest is the reason for the population decline – even though there are fewer hunters and fewer birds killed in the fall – perhaps there’s a way to reduce the harvest without shortening the season.

In the Jan. 6 issue of this newspaper, commentary writer Richard Tate made an interesting suggestion while lamenting about the turkey decline.

Among other things, Tate suggested a change in regulations limiting a hunter to only one turkey per season. If a hunter killed a bird in the fall, Tate wrote, then they couldn’t harvest one in the spring.

I think such a move would drastically cut down on the number of turkeys taken in the fall. I doubt there are many hunters willing to sacrifice their chance at a longbeard in the spring by taking a shot at a bird in the fall.

But again, going back to my original opinion on the turkey population, is it really necessary to reduce the fall harvest in the first place?