An enjoyable chore came my way recently while visiting our son. For the past two years, his work and the COVID pandemic prevented him returning home to hunt deer. This year, so far, all those variables lined up in our favor, and we’re planning to hunt here together, as we enjoyed before he accepted work in North Carolina.

But it had been years since he’d sighted-in his rifle. During our recent visit to his home, Aaron suggested we visit a public shooting range on a North Carolina game land, and zero the gun. 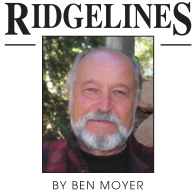 Despite the hour-long drive, his idea carried appeal. It’s always interesting to learn first-hand how other states organize and implement their wildlife management and hunter services.

Before we left for the range, I pulled up the North Carolina Wildlife Resources Commission website and was surprised to learn North Carolina boasts two million acres of “game lands,” roughly 25 percent more than Pennsylvania.

Further reading revealed, though, that in North Carolina, any public land where hunting is allowed, such as state forests, national forests, national wildlife refuges, utility lands, municipal tracts, or even military bases with some public access, are considered “game lands.”

The collective definition also includes private lands enrolled in a hunter access
program. If we applied that same nomenclature in Pennsylvania, we’d have
over 5 million acres of “game lands,” counting the half-million-acre Allegheny National
Forest, 2.3 million acres of state forest, our state parks, and others.

But the practical difference is minimal; a matter of how states choose to classify these resources.

North Carolina takes a similar approach to shooting ranges. The website
provides information and locations for about a hundred ranges all over
the state. Some are private, some offer public access provided by an
agency other than North Carolina Wildlife Resources Commission, and nine
ranges are operated directly by the commission.

We headed for one of the North Carolina Wildlife Resources Commission
ranges – the R. Wayne Bailey-Caswell Shooting Range in Caswell County.

It was good to see a facility named for Wayne Bailey. Turkey hunters will
recall Bailey as a nationally renowned turkey biologist who worked
mostly in West Virginia and North Carolina, but helped many states
restore wild turkeys, including Pennsylvania.

Bailey developed techniques used now for trap-and-transfer of turkeys and was
one of the founders of the National Wild Turkey Federation.

The range was nearly as impressive as the accomplishments of the man it was named for. The nearby parking lot is paved, and handicap-accessible sidewalks lead to
the facility, which features safely banked and back-stopped 100- and
50-yard rifle ranges, plus a 25-yard pistol range.

All stations are sheltered from weather, with the rifle stations equipped
with sound-suppression boxes that muffle blasts. North Carolina Wildlife
Resources Commission conducts periodic lead-harvest and recycling to
get lead out of the landscape.

Commission personnel man the agency ranges at all times the facilities are open to use. When you arrive, there’s no fee to pay. You provide your name to the safety officer, who places you on a list, so there are no arguments about who is next.

Before you can shoot, you visit a modest office building and fill out an
online registration, and you are issued a range pass card, with your
unique pass number, which, on future visits you enter in the
registration site.

If it’s your first visit, you are required to watch a safety video about
the rules of safe shooting in close confines with other shooters.

Once you have a shooting station, the range officers conduct a
zero-tolerance “Hot Range” and “Cold Range” operation. A large colored
placard, plus the officer’s bellowing voice, indicates “Hot” or “Cold”
status. Nobody can step beyond the shooting stations when the range is
Hot, and everyone advances to check their targets when it’s Cold.

As a waiting shooter, strict rules attend when you can array your gear on
the benches and when you can clean your station to leave. It’s all
designed to minimize the potential for accidents. The shooters there
during our visit were eager to comply and make it work.

Impossible to miss noticing, there was no litter, vandalism, or undue damage to
the shooting infrastructure that, sadly, happens too often on our game
land ranges here.

I wondered how such an intensely developed system of ranges was funded.
The range officer told me North Carolina Wildlife Resources Commission
directs much of its Federal Aid in Wildlife Restoration funding toward
the development and operation of safe, user-friendly and professionally
manned public ranges that rival the amenities of private ranges charging
a hefty fee to shoot.

Those funds, of course, originate from the Pittman-Robertson Act of 1937,
which some misguided politicians have sought to repeal because they
interpret the tax we pay on firearms and ammunition as a threat to the
Second Amendment.

They need to get out to a range or the woods.