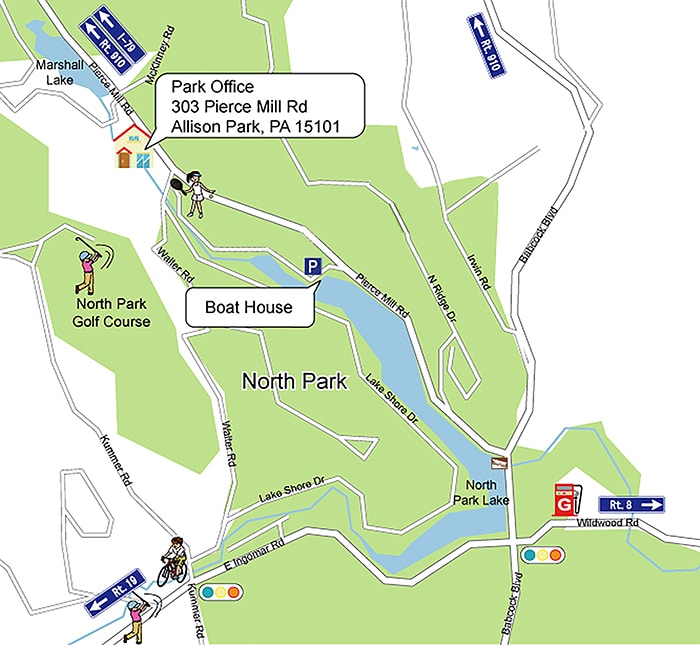 North Park Lake has good winter fishing – ice or not 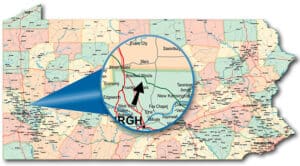 Where once there was thick, choking, paralyzing sediment now exists vibrant life.

But you probably knew that. Or maybe not.

It’s been about 10 years since North Park Lake was drained, dredged and rehabilitated, recent enough for its rebirth to be a still viable memory for some, but far enough in the past to be unknown history to others, too.

It’s been quite the turnaround.

The county attempted to dredge the lake several times in the 1980s, with limited success. So by 2010, North Park Lake was shallower, muddier and smaller than ever.

Finally, though, in 2009, with the help of the U.S. Army Corps of Engineers and the Pennsylvania Fish & Boat Commission, the lake was essentially rebuilt. More than 300,000 cubic yards of sediment – that’s about 450,000 tons – were removed.

It was allowed to refill – that wound up in late 2010 or early 2011 – in a way that increased the lake’s maximum depth from about 9 feet to 20, and expanded it overall so that it now covers 90 acres.

At the same time, the Fish & Boat Commission installed fish habitat ranging from rock starts, spider humps and post clusters, all of which are rock and wood structures that attract bait fish and, in turn, larger predators, namely game fish.

All that work made – and continues to make – North Park Lake a spot worth visiting by any angler. That’s as true in winter as at any other time of year.

Trout are one reason why.

Being so close to Pittsburgh, North Park Lake gets heavily stocked with trout – mostly rainbows, but occasionally some browns and brooks – in spring.

But it gets a load of fish each December, too. This year, those fish were delivered the week of Dec. 14-19 (with the exact date withheld this year so as not to draw the kind of crowds that might make COVID-19 concerns an issue).

The idea of that stocking is to provide ice fishermen with the opportunity to catch hatchery fish in the season’s coldest months. Conditions permitting, ice anglers turn out in pretty good numbers, too.

But even when the ice doesn’t come, anglers typically do well on those trout from shore. And in really mild conditions, they get fish from boats. There’s one boat launch, known as the Irwin Run launch, on Babcock Boulevard, near the intersection with Pearce Mill Road. Only non-powered boats are permitted.

The lake is open to year-round fishing for its trout, so those flexible enough to deal with whatever conditions exist get the most action.

Trout aren’t the only fish to be caught, though.

Prior to its rehabilitation, North Park Lake was home to common carp more than anything else. And they exist in the lake again now, having moved in on their own from several tributary streams.

But the Fish & Boat Commission made a real effort to change that, stocking a variety of fish species in the lake as it refilled. North Park Lake got largemouth bass and bluegills the first year stocking occurred, then more bass and bluegills, along with white and black crappies and channel catfish the next year. A number of baitfish were stocked, too.

That work produced what is some varied and good fishing. It continues to improve in some ways, too.

Fish & Boat Commission biologist surveyed the lake in 2016, for example, to see how the agency’s stocking efforts were paying off. The answer was pretty good.

White crappies, black crappies and bluegills, in that order, were the most abundant species caught in trap nets. But most were on the small size. Nearly all of the crappies fell short of the 9-inch mark, and all of the bluegills were shorter than 7 inches.

In the years since, though, those fish have continued to grow, so that anglers now get crappies 11 inches and up – with some well above that mark – while there are some quality, take home-sized bluegills to be had, as well.

How those fish will fare long-term remains to be seen. The lake has a population of gizzard shad, something commission officials specifically did not want, as shad tend to explode in number and outcompete panfish for resources.

It’s hard to predict how much of an issue they’ll be at North Park Lake.

One thing that might help hold them in check is the lake’s channel catfish. They’re a highlight here.

That’s true in part because the commission hosted several mentored youth catfish events here in recent years. That involved stocking catchable-sized fish rather than just fingerlings, so there are some big and getting bigger channel cats to be had.

Commission surveys in 2016 already found channel cats of 21 inches long. The better news is that several year classes of fish were discovered, meaning that stockings done in different years were all producing survivors.

As hungry predators, they could help blunt the impact of the shad.

North Park Lake’s largemouth bass population could do the same. It’s pretty impressive in its own right.

Those bass numbers and bass sizes were markedly better than anything biologists had seen in previous surveys of the lake, done in the years prior to its rehabilitation.

So yes, North Park Lake is back and in a big way, whether you ever knew it was in trouble or not.

SIZE: North Park Lake is the focal point of Allegheny County’s 3,075-acre North Park complex in Hampton, McCandless and Pine township. It was built in 1936.

The lake itself is 65 acres.

WHAT YOU SHOULD KNOW: The lake is open to year-round fishing for its trout.

Only non-powered boats are permitted.

Trout were stocked the week of Dec. 14.