On a cold February morning I made a big “T” out across Tobyhanna Lake.

Four holes, more or less straight out, starting at 5 feet and stretching to 8; and then, because 8 feet was the deepest I could find in this part of the 170-acre lake.

I completed the top of the “T” with another four ice holes, perpendicular to the base and again more or less in straight line.

These were my jigging holes.

If I wanted to set tip-ups, I’d do them later and probably in the depths that had produced. 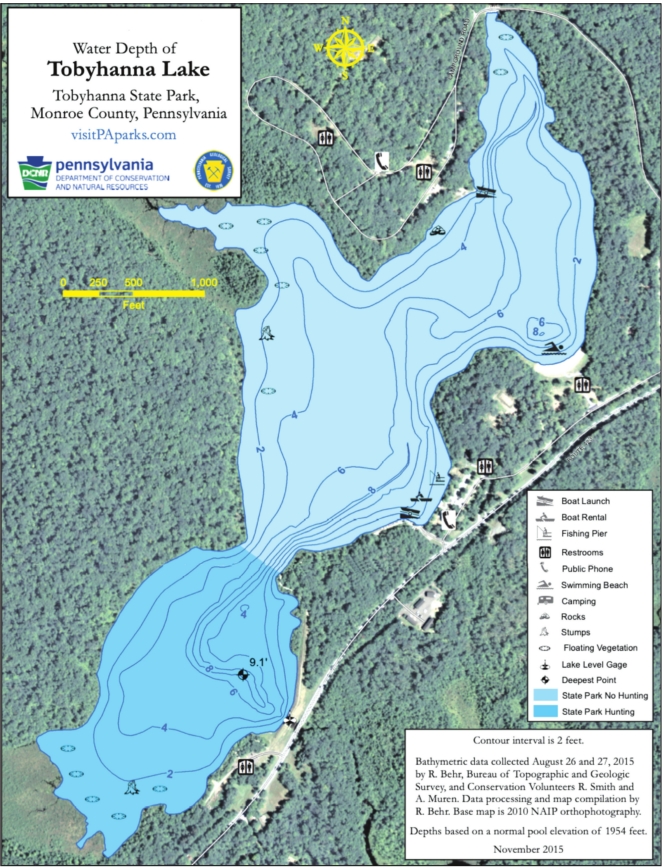 I like to think my jigging holes followed a good strategy for catching yellow perch on the ice, and Tobyhanna is certainly known for its bold and colorful perch.

These later holes, outfitted with tip-ups, would be for largemouth bass and pickerel, which are also plentiful on Tobyhanna. I didn’t expect to catch many stocked brook trout because the November-planted fish are often gone by this time in the ice season.

But you never know.

Those yellow perch though, they are the Tobyhanna thing. I’ve been saying that for years but since the lake hadn’t been surveyed since the early ‘80s, no speculation was remotely definitive.

However, the latest Pennsylvania Fish & Boat Commission biological survey, the findings really bear out what fishermen, particularly ice fishermen, have been saying for years.

Tobyhanna Ts – or whatever ice strategy you employ – should produce fine yellow perch.

The 2022 Fish & Boat Commission survey found that yellow perch far and away exceed other species on Tobyhanna.

Night electro-fishing is known as most effective in catching largemouth bass (30 on Tobyhanna), but obviously not as successful with yellow perch.

For the record, the nighttime survey captured 256 pumpkinseeds, officially confirming what ice anglers have also said for years – that Tobyhanna is a fine lake for plump pumpkinseeds.

The biologists found 77 of those pumpkinseeds at least 7 inches long.

Locating perch on Tobyhanna can be no harder than using the main lot in the park, sledding out across the ramp area, turning right and sonaring close-by water over 5 and 7 feet deep.

Or you can follow the shoreline, go around the curved topography to the next bay up and again look for the deep spots, which are more collected and centered in that region.

It takes a walk to do this, but because not many are willing to sled that far, the search can be worth it.

That’s especially true when the perch are ganging up in mid-February for the spawn before the lake is closed to all fishing due to trout regulations.

With an elevation of nearly 2,000 feet, Tobyhanna Lake is the first to freeze for miles around and the last to let loose when spring arrives. As a result, the shallow weedy lake offers a long ice-fishing season.

And, if you like catching yellow perch, a pretty good one.

Even with influence of climate change, I can usually start ice fishing on Tobyhanna by the third week of December, and I can continue to the close of the fishing season in February.

I really wish Tobyhanna was placed on the list of “Stocked Trout Waters Open to Year-Round Fishing” like Lily Lake in Luzerne County. Lily Lake is under Big Bass Regulations, while I think Tobyhanna would benefit from Panfish Enhancement regulations, to partially protect these perch.

When I go home with five or six, 10- to 13-inch yellow perch, that’s a nice day in eastern Pennsylvania, leading to some good eating.

Because yellow perch are unlikely to be in major schools in January and early February, you’ll need to track them down with a sonar and the hole-hopping technique.

Be prepared to drop a colorful, lightly weighted jig, adorned with either a waxworm or mousie, or soft plastic, and bounce from hole to hole, working extensive weedbeds, weedlines and often the open pockets in weedbeds.

Drill the holes long before you present the bait and walk quietly from one opening to another. After 20 or 30 minutes, return to the hole where you earlier caught a perch. It can be a favorable spot.

The 2022 Fish & Boat Commission survey was overseen by the agency’s Area 5 biologist Daryl Pierce, and it is the most detailed I’ve seen in this region for a long time.

Certainly worth studying before venturing out.

The state park entrance is two miles north of the village of Tobyhanna on Route 423. Interstate 380 intersects with Route 423, three miles south of the park entrance. The park can also be reached from I-84 via state Routes 507, to 191 to 423.

It’s a good fishery, so go pick a peck of yellow perch, or pumpkinseeds. 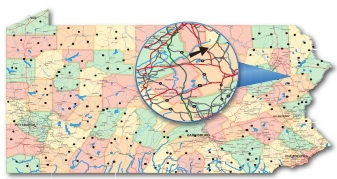 WHAT YOU SHOULD KNOW: Tobyhanna Lake is the crown jewel of Tobyhanna State Park, a 5,440-acre park in scenic Monroe and Wayne counties.

With an elevation of nearly 2,000 feet, Tobyhanna is the first to freeze for miles.

A 2022 Fish & Boat Commission survey found that yellow perch far and away exceed other species on Tobyhanna.

In the summer months, the lake is perfect for boating and swimming. The park rents kayaks, canoes, rowboats and paddleboats. Boats only can use electric motors. Overnight camping is available as well.

HOW TO GET THERE: The park entrance is two miles north of the village of Tobyhanna on Route 423.

Illinois research looks at what triggers a muskie to bite

Illinois research looks at what triggers a muskie to bite

In a new study, University of Illinois researchers got into the minds of muskies to learn what personality traits make

There are dozens of leased cabins, in various conditions of aging, throughout the state forests in Pennsylvania’s Northern Tier, and