Home » Illinois » What to do with the shed antlers? Reminisce

What to do with the shed antlers? Reminisce 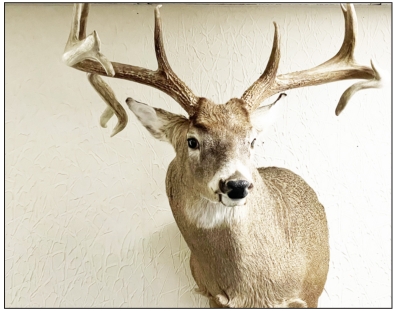 When you have a connection with a deer, sometimes the best way to display its shed antlers is with a full mount. Photo by Jeremiah Haas

We are just beginning shed antler season and hope springs eternal that the buck you had been pursuing all season will drop those antlers where you can find them, verifying he made it through the hunting season and is likely hanging out somewhere nearby.

Depending on the size, uniqueness, and the specialness of the animal, you may want to display those shed antlers as proudly as if you had harvested him.

First, deer shed antlers can be sold if you do not want to keep them. I do not recommend this because the couple dollars you get will probably be less than the gas you spent driving to find them. Plus, you never know when that little shed with a couple interesting features turns into the Boone and Crockett class animal three or four years down the road. 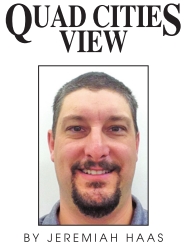 It is fun to have multiple year classes of antlers from an individual animal, so keep them if possible. If your dog wants a chew bone, make sure it’s an ordinary 3- or 4-point shed that will not haunt you down the road if the deer turns out to be a whopper.

Next, I like to label each antler prior to displaying because it is amazing how fast you can forget where they came from.

I did this once with a non-typical year-and-a-half old shed that would make an amazing fillet knife handle. A friend had made me a beautiful knife for a charity event, and I gave him the shed because I could not remember where I got it.

In hindsight, the shed was from a property I could no longer hunt and had a 200-plus inch non-typical harvested less than a mile north of it about five years later. I wondered what the chances were that I had an early shed of his in my possession? I will use a small piece of string attached to a tag to label antlers or staple a paper ring around the beam with the farm and year written on it. This has helped me remember where, when, and allowed me to see genetic characteristics from different farms. Nowadays I take a picture of every antler in the field, track it on an app, and use that data to help me find “hot spots” for future walks. I prefer not to write on them directly because the graphite in pencils make a mess if you ever want to erase it, and a permanent marker it just that, permanent. One way to display antlers is on a horizontal display, where they can hang. The coolest one I have seen looked like an old section of wooden fence with all the brow tines hooked on top of the fence. It looks unique and gives that outdoorsy feel. The beauty of this system is that it can handle dozens of antlers, if you are lucky enough to have that many. Second, there are multiple styles of prefabricated antler mount hangers you can purchase. Each has its own unique setting, but I prefer the no drilling types, just to keep the integrity of the antler. Being able to pull the bone off the wall and look it over, completely intact, seems much nicer.

If you have some history with the animal and want a European mount for your antlers, there are kits which start at about $25. Most require drilling, but some do not, so take your time looking for the right one for you.

Finally, if you have antlers from that deer of a lifetime which truly pulls at your heart, then consider getting a full mount using those shed antlers. I had a taxidermist do that for a deer we called “the old man.” I saw him often, but never was able to hunt him. I had both of his 6-year-old sheds and the bigger, non-typical side, of his seventh year, although it was somewhat chewed up. The deer had a distinct look (see photo), so he was easy to track. I finally lost him at age 11 when he was all beams and tiny points out at the end.

Without trail camera photos, I could count on one hand how many times I had seen him, but fortunately the cameras always let me know the old man was still around.

Ultimately, I decided to spend $450 for the mount and used a gray muzzled buck I harvested for the cape. Seeing the old man in full display and getting to explain his history when people ask, has been worth every penny.