Crappies are tops, but ’eyes aplenty in Betrami’s Moose 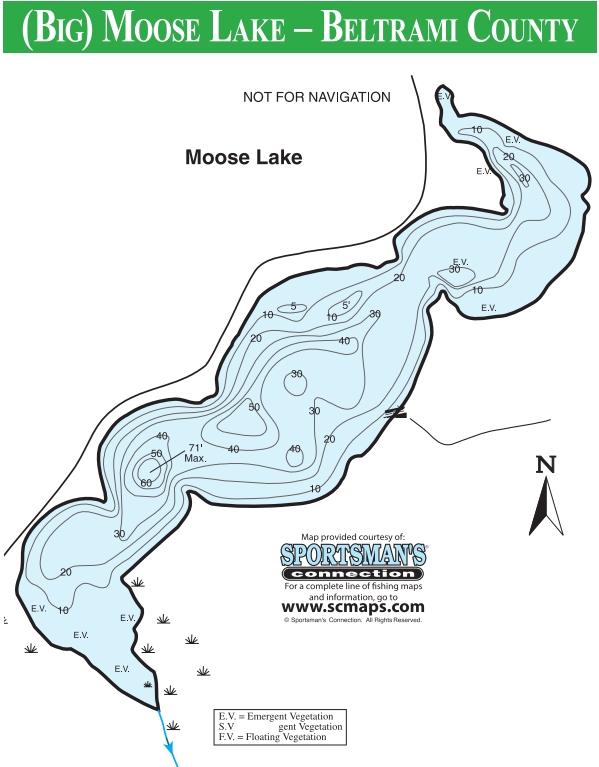 Its official name is Big Moose Lake, but local anglers simply call it Moose. It’s a 600-acre fishery in eastern Beltrami County that’s somewhat off the beaten path, but it might be worth the effort for a visit.

Moose is well known as a good crappie lake, but it doesn’t receive nearly as much fishing pressure as some of the more notable panfish lakes nearby, such as Kitchi and Pimushe.

Moose’s walleye numbers currently are in fine shape, and if you fish largemouth bass in these parts and haven’t yet thrown a spinnerbait in Moose, you’re missing out on one of the best-kept bass-fishing secrets this area has to offer.

Moose Lake’s current status as a crappie producer remains solid. The DNR’s most recent survey, conducted in 2021, yielded high numbers of fish in nets, and they were respectable in the size department as well.

According to Andrew Wiering, DNR Fisheries specialist in Bemidji, 60% of the crappies sampled two years ago were over 10 inches in length. There also were bigger crappies in the mix, topping out at just more than 13 inches, which has been the norm in Moose.

“People know about the crappies in Moose, but they don’t get fished very hard – at least compared to some of the other lakes locally,” Wiering said. “But they really showed up in nets during that last survey and they were quality fish, with a few hogs mixed in.”

Carl Adams, of Timberline Sports, in nearby Blackduck, says he’s also seen big crappies come out of Moose over the years.

In his estimation, however, it’s become known more for good numbers of keeping-size crappies, with the occasional slab showing up if you hit the right pod of fish.

“I’ve seen big crappies caught out there, but right now, it has a lot of 10- to 11-inch fish in it,” Adams said. “The potential is there for bigger fish. Overall, Moose is a really good crappie lake.”

Moose is also somewhat of a sleeper walleye lake, with a population maintained through annual fingerling stocking. This was a change from fry stocking in 2011, and the current regimen seems to be working well.

DNR gill nets averaged six walleyes per set in 2021, which meets management goals and was double the catch rate from the previous survey in 2018.

Walleyes sampled in 2021 averaged just over 18 inches long, but there were plenty of smaller fish in the survey as well, which bodes well for future walleye-fishing opportunities, because these fish tend to grow quickly in Moose.

“They’ll reach 13 inches by age 3, and 16 to 17 inches by the time they’re 4 years old,” Wiering said. “We saw plenty of short fish coming up, too. The 2019 year-class looks strong, and they will show up in catches over the next couple of years.”

Moose’s largemouth bass continue to show an excellent size structure and their numbers are on the rise. DNR electrofishing work in 2021 produced 140 largemouths per hour, up from 50 per hour in 2017.

Anglers
should expect fine numbers of bass between 15 and 18 inches in length,
plenty of short fish as well, along with a few picture-worthy
largemouths.

“We saw a
significant jump in numbers from 2017 to 2021, and they’ve maintained a
good size structure,” Wiering said. “You could have a great day out
there targeting bass.”

Bluegills are abundant in Moose, but the population is dominated by small fish. Bluegills over 7 inches are the exception.

Northern
pike numbers are also are on the high end, consisting mostly of short
fish, although Adams hears about some pike over 30 inches that are
caught.

“Those heavier pike are usually taken during the winter,” he said.