A fine and pleasant holiday-week hunt in New York

I spent more time hunting in the Southern Zone this year than I have in years.

And that wouldn’t have happened unless there was the holiday-week deer hunt, which took place only in the Southern Zone at the end of the year. 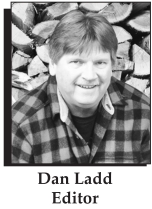 My young friend Paul, who is a U.S. Army Cadette at West Point, joined me. I’ve hunted the Adirondacks with Paul’s uncle and grandfather – who got back into hunting when Paul, then a teenager, expressed an interest – for a number of years. Since landing at West Point, Paul’s hunting time has been minimal.

The Northern/Southern Zone line permeates Washington County, were I live, so over the summer, Paul’s grandfather, myself and a few others struck a deal with a farmer nailing down a small chunk of land we’d be able to hunt this year. I went over a few times with the crossbow, but otherwise we didn’t hit the property until the late December holiday hunt, which I missed out on last year. No deer were taken, although we saw a few, but most of all we just had a great time and enjoyed some fall-like weather.

Weather conditions, particularly snow, are at the center of the debate surrounding the holiday hunt. As I’ve mentioned here in the past, I was leery about the hunt when it was first proposed, voicing my concerns with possible conflicts with the snowmobile season, which, when conditions grant it, is a huge deal here in Washington County (and elsewhere).

As I’ve also mentioned, DEC moved forward with the hunt confident there would be few years when there would be enough snow in most of the Southern Zone to cause a conflict. In fact, those counties in western New York, or parts of them, that DEC did mention were hit hard by the deadly storm that dominated the late December headlines.

As I sat on a couple of morning and evening stands (stumps actually) – quite comfortable at that thanks to the unseasonably warm temperatures – my thoughts wandered as to how things might play out in harsher conditions. During what was the first late muzzleloading season, a week before Christmas, I hunted this same spot with snow nearly up to my knees, but a warm spell and heavy rains washed it away. One of these years that’s not going to happen. Although the governor vetoed legislation that would’ve allowed counties to opt out of the holiday hunt, the controversy continues. Therefore, we’ve got to work better at accommodating both interests, as I don’t see the holiday hunt going away.

Do you recall where you were on the morning of May 8, 2022? If you’re a turkey hunter, you might. It was the second Sunday of the spring turkey season and when I stepped out the door early that morning I noticed a pair of very bright stars in the southeastern sky. A half hour later, perched on a ridge-top and hoping to hear a spring gobbler, I was still looking at them. I later found out that the planets Venus, Jupiter, Mars and Saturn were all aligned that morning in the southeastern sky. If only I had paid more attention to the Old Farmer’s Almanac, or the star-gazing app on my phone.

Now I won’t have to, and neither will you, as we’re rolling out a new mini-feature in this issue called Outdoors After Dark, with Bob Drieslein. If that name sounds familiar that’s because Bob is the father of Outdoor News Publisher/Managing Editor Rob Drieslein. Personally, I love this kind of stuff and know many of us outdoor-types do as well. So I think you will enjoy it and reap the benefits not only in the back yard, but also in the pre-morning darkness when in the field, on the ice or on the water, or at the start of the evening returning from such adventures or just sitting around the campfire.