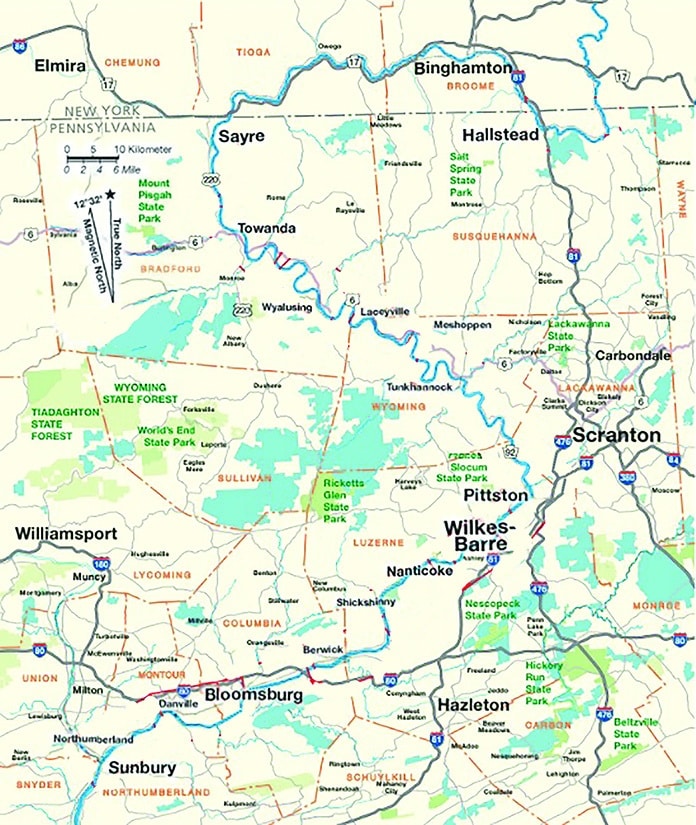 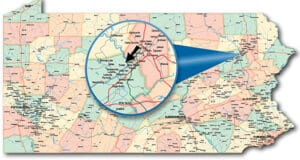 The two of the most notable fish swimming in the North Branch of the Susquehanna River these days are in some respects vastly different, they’re also similar enough to co-exist in productive fashion.

We’re talking about muskies and flathead catfish. The former are native to the river; the latter aren’t.

But both are top-of-the-food-chain predators. Both are thriving in terms of total numbers and trophy specimens. And both have loyal followings.

None of that figures to change any time soon, either.

With muskies, that’s because they are doing well enough that the Pennsylvania Fish & Boat Commission ranks the North Branch – along virtually its entire length, from the New York line to Sunbury – among the best flowing waters in the state for the fish.

There are plenty of muskies here and lots of big ones.

Fish & Boat Commission biologists confirmed that the last couple of times they examined the river. In electroshocking the river in 2016 and 2017, they found almost three per hour. That’s a catch rate comparable to some of the best riverine muskie fisheries in the country, according to agency reports.

The largest of those fish was nearly 45 inches long and weighed more than 31 pounds.

Impressive as that is, what’s even more encouraging, according to commission biologists, is that the muskie population is self-sustaining, to the point that stocking is no longer necessary.

Biologists discovered quite a few native, young-of-the-year North Branch muskies. And they determined those fish grow fast, courtesy of good habitat and a plentiful forage base largely made up of suckers and carp.

Using scales from individual fish, biologists can figure out muskie growth rates and age. Those they took from fish in the North Branch showed that muskies are hitting, on average, 13.5 inches by age 1.

Anglers looking to hook a few of those fish should focus on certain areas of the river above others.

“We kept track of the habitats where we caught adult muskellunge in 2017,” said then-area fisheries manager Ron Wnuk. “Anglers trying to catch muskellunge might be interested in that information. Twelve muskellunge came from main-river pools, seven came from backwaters, four came from side channels, one was at a tributary mouth, and one was at the downstream tip of an island.”

The North Branch of the Susquehanna’s flatheads, meanwhile, aren’t a native species here. Indeed, they’re not supposed to be swimming outside of western Pennsylvania. They just showed up in the North Branch about a decade or so ago.

But there are some big fish there already, and the average flathead is bigger than it once was.

Fish & Boat Commission biologists handled about as many flatheads, overall, in a 2020 survey of the river as when they previously searched for them in 2014. But, they said, “the abundance of large individuals in the catch increased.”

“These trends observed in the flathead catfish population may represent sustained establishment, and increased duration of occupancy in these river sections,” said fisheries biologist Garrett Kratina.

He noted that the 2020 survey suggests “that larger and older flathead catfish are being encountered.” Biologists saw some up to 33 inches and 18.1 pounds.

Bigger ones are likely coming, if they aren’t in the river already. The state-record flathead, caught in the Schuylkill River in May 2020, weighed 56 pounds, 3 ounces.

That topped the previous record-holder, a flathead caught from the Susquehanna River in Lancaster County in April 2019, that weighed 50 pounds, 7 ounces.

Flatheads are already extending their range in the North Branch. Kratina said biologists last summer found fish roughly 20 miles further upstream than in the past, all the way to the West Falls access area.

There’s more to the North Branch that just those two species, of course. Smallmouth bass are plentiful, and walleye anglers do pretty well in spots, too.

And channel catfish – which are native to the river – are abundant. That 2020 Fish & Boat Commission survey looking for flatheads also turned up channel cats ranging in size from 15 to 29 inches. Three out of every four was 20 inches or longer, though, so that’s some potential for some pretty good sport.

Biologists set their catfish nets in three spots: at the Shickshinny and Union commission access points in Luzerne County and at the West Falls access in Wyoming County.

They encountered the most channel cats around Shickshinny and West Falls, so those are good places to start.

It’s hard to beat the North Branch in a lot of places, though. And for those who especially like big fish, such as muskies and catfish, trophies await.

There are countless access points along the North Branch of the Susquehanna River. To reach the one at West Falls as a starting point, from Scranton, follow Route 11 north for roughly two miles.

Exit onto Route 307 North for about 3.5 miles. Turn left onto Country Club Road, then take Newton Ransom Road, Airport Drive, and Falls Road. After 4.9 miles on Falls Road, turn right onto Hoppy Road and then left onto Route 92 south to the launch.

WHAT YOU SHOULD KNOW: The muskie population is self-sustaining to the point that stocking is no longer necessary.

The PF&BC ranks the North Branch among the best flowing waters in Pennsylvania for muskies.

The state-record flathead, caught in the Schuylkill River in May 2020, weighed 56 pounds, 3 ounces.