Located about 30 miles north of Grand Marais on the Gunflint Trail, Poplar Lake is a popular gateway to the Boundary Waters Canoe Area Wilderness. It borders the BWCAW, but is not located within it.

Poplar is one of the more highly developed lakes in Cook County with approximately 100 homes and a handful of resorts lining its 764 acres and 23 miles of shoreline. It also has a fine public access, which contributes to great angler interest in the lake.

Poplar is one of those fisheries that needs to be approached with an open mind and readiness to adjust. If you simply fish the lake and take what it gives you rather than keying on a specific fish species, you’ll likely have some success.

“If you’re willing to go out there and catch what’s cooperating, you’ll have a decent day of mixed-bag fishing,” said Steve Persons, DNR Fisheries supervisor in Grand Marais. “Smallmouth (bass) are going to carry most days, but you might find a walleye, a few pike, and a crappie or two.”

Poplar has classic smallmouth bass structure with an abundance of rocks and reefs within its basin and along the shoreline areas. While the overall smallie population isn’t extremely high, it’s remained stable, providing anglers with the best opportunity to catch better numbers of smallmouths than walleyes, pike, or crappies.

The majority of smallmouths will run between 12 and 14 inches, although bigger fish are caught, too. Recent DNR surveys yielded high numbers of small bass, which bodes well for future years of smallmouth bass fishing.

“Our catch rates in surveys have been reasonably good, and (smallies) are found all over the lake,” Persons said. “Numbers aren’t extraordinarily high, but smallmouths are what most people are going to catch.”

Despite periods of heavy DNR stocking, walleye catches in surveys have not exceeded three fish per gill net since 1982. A targeted walleye survey in 2020 revealed what’s been more common in recent years – less than one walleye per net.

Natural reproduction is limited, but the lake is currently stocked with walleye fingerlings every other year. It’s one of several management efforts that just doesn’t seem to be building walleye numbers.

Persons said walleye forage options are limited and that might be a contributing factor to its low population. But it might take some type of regulatory change aimed at building broodstock and ultimately better natural recruitment to see some improvement in Poplar’s walleye numbers.

“It has walleyes in it, but numbers never have been very high, and it’s frustrating not to have better success with our efforts,” Persons said. “Stocking maintains walleyes of sorts, and even throw we’ve thrown everything in our (management) toolbox at them, walleye numbers remain low.”

The lake also has a low northern pike population, which consists of mostly small fish, and a modest crappie population that is slowly developing.

Despite not having ideal crappie habitat, that species has been sampled in Poplar dating back to the 1970s. You’ll catch one every once in a while, but you’ll likely be disappointed in their numbers if you specifically target those fish.

“They’ve been there a long time, but never a lot of them,” Persons added.

Poplar has enough whitefish to remain open for fall sport netting. Persons says a half dozen or so people take part in that activity each fall and they do have success.

“You also need to watch where you’re going out there,” Persons said. “It’s scattered with (shallow) rock. Some are marked and some aren’t.” 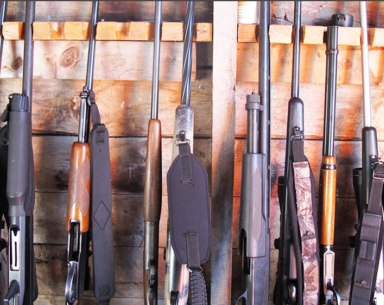