When Minnesota’s deer season ends Sunday, Dec. 31, it is quite likely the harvest will be in the 200,000 range.

Deer harvest totals typically relate to the size of the deer population and to a lesser degree to weather conditions immediately before and during the hunting season.

This should be a good deer season barring any unforeseen unusual weather. Deer numbers are up following three years of conservative harvest regulations designed to rebuild the population, coupled with three relatively mild winters. As a result, more antlerless permits are available this year, and hunters in many parts of the state will have additional opportunities to harvest more deer because of other more liberal season framework changes. Unfavorable weather, like heavy snowfall immediately before or during the hunting season, is the main factor that would prevent a harvest increase.

The highest deer harvests occurred during the early to mid-1990s and from 2000-2008. During this latter period, the harvest topped 200,000 each year. The high harvests in the early 2000s occurred at a time when the over-riding harvest strategy was to reduce the deer population so it wouldn’t grow out of control, as had happened in certain eastern states, and to address certain environmental, economic and social concerns.

Deer harvests in excess of 225,000 occurred only once in the 1990s. Going further back, the harvests in the 1970s never topped 100,000. The harvests in the 1980s were under 150,000. Today, there’s growing discussion in the hunting community as to what’s a reasonable harvest target, and that’s a good conversation to have.

On managing toward population goals

Deer numbers are at or have exceeded population goals over most of the state. Some northeast and southwest permit areas are slightly below goal. Parts of central Minnesota and southeastern Minnesota are above goal. From an overall, statewide perspective, we’re not far from where we believe Minnesota should be.

Minnesota’s first-ever deer plan will outline key concepts and crucial, ongoing work needed to manage deer, one of the state’s most popular and economically vibrant natural resources. An important aspect of the plan is how DNR will reach out and communicate deer management needs, necessary actions and reasons for those actions. A draft plan will be available in early 2018. 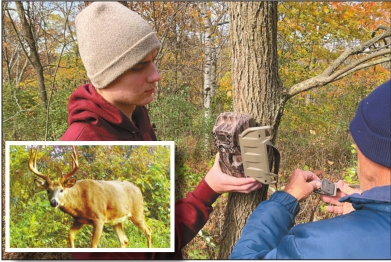