More hunters need to learn how to process deer

The lack of deer processors evolved into a serious problem this year, and it’s likely going to get worse.

Barring a significant reduction in the antlerless license allocation, or a drastic drop in deer numbers, the harvest is likely to stay high – and so is the demand for processors.

Despite the ample business opportunity, it doesn’t appear that butchers are rushing to get into the deer business. In fact, I know of several who have gotten away from deer processing to focus solely on butchering beef and pork. 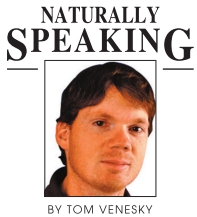 At this point, is there anything that can be done to increase the number of deer processors in light of the enormous demand?

There are several programs in place to aid processors in the beef and pork segments.

Penn State has a butcher apprenticeship program that shows new butchers the ropes and gives them the knowledge to get into the occupation.

Penn State Extension offers courses for processing beef cattle and hogs, and the Pennsylvania Department of Agriculture offers a grant for the development and expansion of current or future meat and poultry processors.

But when it comes to courses or financial incentives, there’s not much pertaining to deer processing.

Hunters need to learn how to process deer and what they’re going to need to perform the task.

Perhaps a grant program from the Pennsylvania Game Commission to assist with equipment or training would entice a few people to become deer processors, or at least help a few existing operations expand or stay in business.

Is it possible for the Game Commission to do something similar for deer processors?

The Game Commission donates money to the Hunters Sharing the Harvest Program, which is distributed to participating butchers to help cover processing costs.

Maybe a donation to simply keep processors in business is a possibility as well.

If a grant or direct donation isn’t feasible, perhaps the agency can do something in regard to education.

As places to get a deer processed become fewer, hunters are going to need to do something with their deer. The potential for mild weather in archery season, and even the rifle season, make the situation even more urgent.

It’s getting to the point that if you harvest a deer and can’t find someone to process it, you’re going to have to do it yourself.

And that’s where the education component comes in.

Hunters need to learn how to process deer and what they’re going to need to perform the task.

Unlike a commercial butcher who cuts up several hundred deer, or more, each season, processing a deer or two for yourself isn’t a monumental task.

And if it’s too expensive to invest in a meat band saw, it’s simple to debone venison and produce plenty of steaks, roasts and chops.

An inexpensive meat grinder will suffice for ground meat, and specialty items such as sausage, jerky and snack sticks aren’t that difficult to make.

People just need to learn how to do it, and that’s where the Game Commission, Penn State or other entities can play a major role.

I understand there are plenty of hunters who appreciate the convenience of dropping their deer off at a processor after a long day of hunting. When you’re cold, hungry and tired, the last thing you want to do is skin a deer.

Still, if we continue to produce annual deer harvests well over 300,000, and processor availability remains scarce, something needs to be done.

As hunters, we strive for a well-placed shot for a quick, clean kill. Making sure the meat doesn’t go to waste should be equally important, and it’s a task that many of us may have to start doing on our own.

I really believe if more hunters knew how to properly process a deer, they would do it.

And in the end, the processor shortage wouldn’t be the headache that it is today.