There is a disturbing parallel between the fossil fuel and fur industries.

It seems like a stretch (pun intended), but the more I thought about it, the two industries face serious uncertainty due to their dependence on other countries.

With fossil fuel, the decision to produce less at home while relying more on foreign markets for oil is blamed for high prices at the gas pump. Outsourcing to other countries is often a risky move.

The same could be said for the fur industry.

At one time, there was a thriving domestic retail market for fur in the U.S. The demand for fur at home created a lucrative market for not only mink farms, but trappers as well. 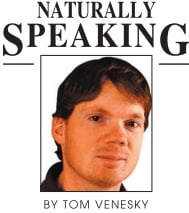 In 1977, for example, retail sales for fur in the U.S. topped $600 million (according to a report from Business Insider). The same report states that retail sales in the U.S. for fur hit a record $1.9 billion in the late 1980s.

At the same time, trappers were generally paid well for their furs in the 1970s and 1980s, in large part because of the domestic demand.

But the demand was destroyed.

Pressure from animal-rights organizations coupled with the rise of man-made faux furs crushed the U.S. market for wild fur. As a result, we had to look elsewhere for buyers, and they were found in Asia and Europe.

However, things were never the same. Similar to the situation with America’s oil supply, the reliance on foreign markets resulted in uncertainty and fiscal doom for the fur industry.

Sure, demand for wild fur still exists in places like China and Russia, but how much stability do those volatile markets really generate for the U.S. fur industry?

Ultimately, the best solution for a rebirth of the industry is a renewal of domestic demand for furs.

Yet, that’s unlikely to happen.

Despite a trend in society to shift away from plastics and other products made with petroleum, such as faux furs, several cities and states in the U.S. are banning the renewable, natural alternative to the synthetic fakes.

In recent years, we have seen governments on both the local and state levels ban everything from trapping to foothold traps.

In 2021, New Mexico prohibited trapping on public land and in 2022 a bill was introduced in Virginia banning the use of “steel-jawed traps.”

Lately, however, there have been attempts to wipe out the domestic fur industry via a different approach.

In addition to attempts to ban trapping and traps, there are now efforts to prohibit the sale of furs in certain locales.

In Massachusetts, five towns have passed ordinances forbidding the sale of
new fur products. In 2023, a California law will take effect banning
the sale of all new fur products in the state.

And now, in Washington D.C., a bill was introduced to ban the sale of fur products in the District.

It may not seem like a significant blow to trapping if Washington D.C. prohibits the sale of furs, but it is.

Essentially, as more towns, cities and states outlaw
the sale of furs, it further deteriorates domestic demand and diminishes
any hope of the U.S. fur market making a comeback.

Now, not only are trappers being stopped from using foothold traps and, in
some places, even trap anymore, but people (consumers) are being told
they are no longer allowed to wear fur.

Ironically, the push by animal rights groups and others to destroy trapping and
wild furs is forcing consumers toward an option that has been met with
much disdain as well.

If you tell people they shouldn’t, or can’t wear wild fur, it does nothing
but push demand for petroleum-based fake-fur products.

And if you destroy the domestic market for wild furs, it forces that business to places such as China and Russia.

Essentially, what’s happening is the ban on fur sales is shifting consumers away
from a renewable, natural resource to an alternative product that isn’t
biodegradable and is made with petroleum.

The war against trapping never made sense when it began decades ago, and it’s becoming more inexplicable to this day.