Hunting obsession comes in many forms

Deer hunters measure success in different ways. If this sounds cliche coming from a hunter with an unfilled tag (as of this writing), that is certainly the case. But having been part of the hunting industry for much of the past 30 years and having spoken with literally thousands of deer hunters, I can tell you that it’s a true statement.

When it comes to hunting, the word “obsession” is used quite frequently. It often describes a hunter’s desire for a particular buck, or a buck of a certain size. Seldom do you hear it used when discussing the overall experience of deer hunting, but some hunters are simply obsessed with just that. I know, because I am one of them.

Success comes in many forms. 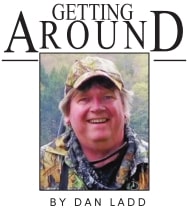 These days so many deer hunters are tuned in to tagging a buck on their “hit list” or one with antlers that measure a certain amount of inches, nothing less would suffice. I find no fault with that. In fact, I’d like to add another 200-plus pound buck to my resume. But such goals can make for a long off-season if things don’t work out.

In late November I discovered a fine looking buck hanging around one of my “convenient” hunting areas. After spotting a buck that I’m sure is him over summer, he disappeared about a week before the early archery season began in the Northern Zone in late September. But then, during the late part of the rifle season he started showing up on my trail cameras, always just after dark. I assumed he was bedding nearby.

One afternoon during the early muzzleloading season, one of my hunting partners wounded a good buck in this spot. The buck left only a few drops of blood, but we still spent two days – and then some – looking for him without any luck. The hunter is pretty sure that the buck showing up in my trail-cam photos is the same one. That’s good news.

“I’d be down there every daylight hour,” one fellow hunter told me as the clock was ticking toward the recent end of the Northern Zone rifle season, with many others agreeing. And earlier in my hunting career I certainly would have been. But not these days.

Again, this area is simply a convenient place to hunt. Since I’ve hunted here my entire life, it does hold a special place in my heart. In fact, I do most of my bowhunting here. But for the firearms seasons, including muzzleloading, this location is more conducive – at least to me – for a quick morning or afternoon sit before or after work. Otherwise, I like hunting in remote areas, especially the Adirondacks.

Earlier in my hunting career, a situation like this would’ve kept me up at night; having a nice buck being so close, the thought of getting a crack at him would’ve consumed me. Not only would I have spent every chance I could get during the week pursuing him, I would’ve blown off the regular hunting crew on the weekends, obsessed with killing my big buck.

Many years ago, right out of college, I did just that. This buck was a beauty and I couldn’t see anyone else’s tag on him but mine. I put all the aforementioned efforts in, including leaving our weekend hunting crew high and dry. I still remember the disappointment I experienced when I found out another hunter killed this buck, which turned out to be a wide-racked 9-pointer.

I’m a different hunter now, and have been for many years. As much as I enjoy bagging a dandy buck, that has not been my obsession for a long, long time. What is my obsession is simply the entire hunting season – from start to finish. Archery, muzzleloading, rifle and then muzzleloading again, I love it all, especially any time spent chasing bucks in the Adirondacks with the Iron Sight Gang, which is where the real adventure is for me. And I love going to deer camp.

I recently saw a social media post where several participants campaigned for a shorter season (along with a one buck limit). I assumed most of these hunters were in the Southern Zone and I also understand their desire for mature deer.

But then I think of all that would be missed if any hunting season were shortened: time at camp, time in the field with friends and family, most of all – time simply spent hunting. The intangibles of hunting are not always measured in the manner in which antler points and inches are, and hunting season for one hunter is not the same as it is for another, including which implements they use, and when.

By the time this is printed our Northern Zone seasons will be over. By then, I’ll have surely spent some additional time hunting the buck in the photo. After all, it’s convenient, and I’d be grateful for any encounter. But my obsession for savoring every second of the hunting season, and a more adventurous hunt in a remote setting with friends and family will likely find me elsewhere whenever possible.

Outdoor news items from around Illinois.