Making use of the game I harvest is important to me.

It should be important for all of us.

Unfortunately, it’s become increasingly hard to complete that crucial final step to a successful deer hunt as processors have become few and far between.

It’s a serious problem – one that was highlighted by both processors and the Pennsylvania Game Commission when I interviewed people for a story on the issue.

The causes to the processor shortage are clear, however a solution may not be that easy to achieve.

But first, how do we know there really are fewer deer processors today than there were a few years ago? There isn’t any official database of deer processors, nor is there an annual survey to gauge the numbers.

The evidence is anecdotal, but still convincing. 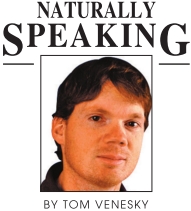 Butchering is a physically demanding task, especially when it comes to the number of deer that are brought to processors. Skinning, cleaning up carcasses, de-boning, slicing, grinding, wrapping and freezing – there are a lot of steps.

As older butchers become exhausted and retire, there aren’t that many young people eager to step onto the skinning floor or man the grinder.

Butchering is a job that not many people want to do, and it’s an issue not just with deer, but livestock as well.

The shortage is real.

Hunters aren’t the only ones that realize it – so does the Pennsylvania Game Commission.

Agency information and education supervisors from the northeast, northwest and southwest regions all said the number of deer processors is down. I’m sure the scenario is similar across the other parts of the state.

Aside from the messy, hard work of processing deer, there’s another reason why processors are dropping out.

As unorthodox as it sounds, when it comes to deer, there’s just too much business. Lengthy seasons that almost run consecutively with little break, along with a generous allotment of doe tags mean processors are inundated on day one, and it doesn’t let up.

But there are other reasons, according to the butchers who I spoke with, as they mentioned the Saturday start to rifle season, concurrent antlered and antlerless format for the entire rifle season, crossbows in archery, and a greater desire from hunters to fill their freezers with venison to help offset skyrocketing grocery bills.

“When we used to have a six-week archery season, it gave processors a little
break to clear out coolers and get caught up before rifle started,” he
said. “Now, archery season is longer and rifle opens on a Saturday and
every processor is jammed. That’s why I got out of it.”

And so did many others.

The Game Commission sets management goals when establishing season lengths
and antlerless license allocations. The agency believes a certain number
of deer need to be harvested in each wildlife management unit to
maintain a healthy population and habitat.

I’m not going to debate the pros and cons of the agency’s deer-harvest
goals, but it does lead to an important question in light of the
processor shortage: If the commission wants hunters to harvest all of these deer, what do they expect us to do with them all if there isn’t a processor willing to take them?

The antlerless harvest last season was 231,490, so if half of that number
went to processors, it comes out to 115,745. Add it all up, that’s more
than 188,000 deer that were taken to processors last year. The actual
number may be lower; I’m guessing it’s much higher.

So, there’s a lot of deer being harvested, many of them are taken to processors, yet there’s fewer processors.

I don’t think a drastic cut in the antlerless license allocation is the
answer. Processors need a break, and the way to give them that is to
lighten up on the seasons. It can be achieved by cutting a few days off
the end of archery season, or bumping back the start of the rifle season
to the traditional Monday after Thanksgiving.

The break between the fall archery and rifle seasons needs to be longer so
processors can finish up those early deer, free up cooler space and
clean equipment so things are ready to go for the next round.

I know there are many who will be irate at the suggestion to trim a few
days from archery season or push the rifle opener back, but we need to
take a look at the big picture.

If there isn’t anywhere to go to get your deer processed, what good are all of these lengthy seasons anyhow?