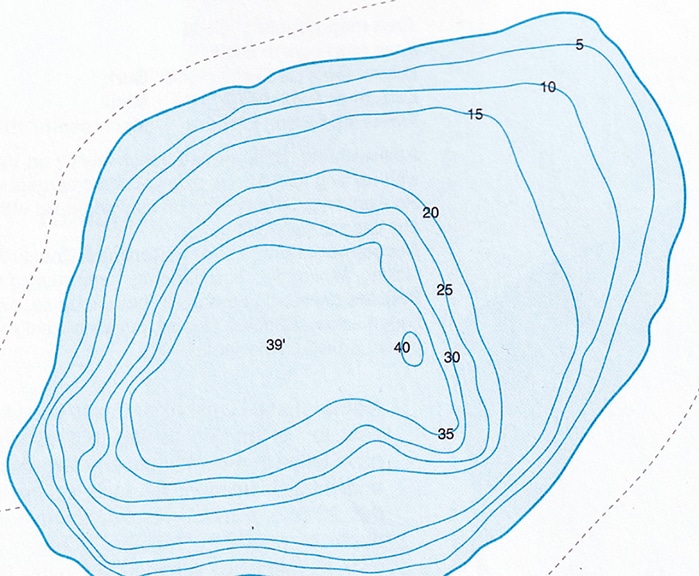 Fishing clock is ticking at Deep Pond on Long Island 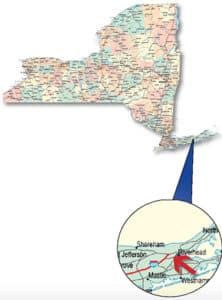 When you think Long Island fishing, your mind automatically zeros in on the region’s fantastic saltwater angling options – striped bass, summer flounder, bluefish and, out into the big water, sharks and other species.

But the area does also offer some freshwater fishing that attracts a loyal following, and Suffolk County’s Deep Pond, at a mere 32 acres and operated under several special regulations, is a stocked trout water that also holds a sizable population of chain pickerel.

And the clock is now ticking on Deep Pond’s limited fishing season. Access is allowed through a cooperative agreement crafted in 1997 between the owner of the property – the Theodore Roosevelt Council of the Boy Scouts of America – and the state Department of Environmental Conservation.

As a result there are limited times when anglers can access the undeveloped area used as a Boy Scout Camp. Fishing is allowed from Sept. 15 through June 15, and access is limited for fishing only from sunrise to sunset Monday through Thursday, and sunrise to 3 p.m. on Fridays.

But anglers in the know are willing to jump through those hoops to fish Deep Pond, a list of which also includes the need for a DEC state land three-year seasonal access permit, a requirement to sign in and out at an angler sign-in station on the property, a designated angler parking area, and a prohibition on gas motors. Although boats and electric motors are permitted, it’s a 300-yard carry to the shoreline to launch.

Still, anglers are willing to navigate the restrictions and go through the entire process to fish the water described by the DEC as a “glacial kettlehole,” with no inlet or outlet. That should tell you all you need to know.

The reasons are simple: stocked trout as well as a warm-water fishery that includes chain pickerel and yellow perch both in quantity and quality.

In fact, DEC stocks trout in Deep Pond – typically several hundred yearling browns and rainbows – in the fall in hopes that the additional time to grow will make them less vulnerable to the predatory pickerel.

“The trout offer a good late fall and winter fishery,” DEC officials said on the department’s website. “Some impressive holdover trout have been caught through the ice. The pond offers excellent fishing for yellow perch and chain pickerel.”

Too, DEC surveys of the pond have now shown that largemouth bass are present in good numbers.

While the trout are perhaps the main attraction and the bucketmouths likely to soon approach that popularity, Deep Pond has long been known as a chain pickerel factory. Some sizable specimens of the pike-like fish are still available, although surveys in recent years have shown a downturn in pickerel numbers.

Anglers expressed those concerns, and in 2010 the Boy Scouts instituted their own catch-and-release-only regulation. DEC followed up with its own regulation in October of 2012 but has since rescinded that.

The pond also holds some solid yellow perch, which draw some angling attention, notably during years when safe ice is available for the hard-water crowd.

Pumpkinseeds are available in good numbers, and DEC surveys have shown their size distribution is improving.

The prime forage for the trout, pickerel and now the largemouths is golden shiners and banded killifish, although the pumpkinseeds likely fall prey to some of the pickerel.

The trout appear to be holding over, too. DEC surveys have turned up browns over 22 inches, and an August temperature/oxygen profile showed good trout water in a depth range of 17 to 22 feet.

Trout are managed by DEC on a year-round fishery, with a minimum length of 12 inches and a daily limit of three fish. For perch, it’s all year, no size limit and a 15-fish daily limit. Bass season is open from the first Saturday in June through April 30 in Suffolk County, with a 12-inch size minimum and five-fish daily limit. But keep in mind the fishing limitations on Deep Pond (Sept. 15-June 15). From Dec. 1-March 15 it’s catch-and-release only on the bass.