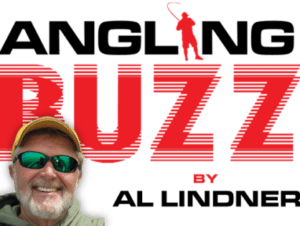 What a strange year. Sustained early heat has water temperatures in smaller lakes hitting the low 80s already. The post-spawn transition putting fish in summer haunts essentially has been completed, instead of being spread out over as much as two months.

Does that mean the shallow bite is over? No. It never is.

Many if not most fish eventually slide into deeper water and go into typical summer patterns. We don’t know why, but some fish stay shallow all summer – and they tend to be some of the biggest fish in a given system. This definitely holds true with largemouth bass, but also pike, walleyes, muskies, and even smallmouth bass.

Warning: This is not fast fishing, and it’s not easy. You have to tackle up and deal with heavy cover. But for a shot at big fish, it’s worth the effort.

There are a lot of shallow, dark-water lakes that hold good numbers of largemouth bass and northern pike, including big fish. Lots of these lakes have at least one spring hole, and that’s the key to summer pike location.

Key depth is about 4 feet. Fish hold in weed-choked areas, thick wild rice, any dense weeds. In heavy cover, the fish’s strike zone is very small, so it helps to fish slowly.

In some systems, the main part of the lake is deeper (and typically clearer). But this same shallow, summer bite takes place in bays that feature heavy weed growth.

Go-to baits in the slop include the Terminator walking frog, and a Big Bite Baits Craw tube rigged on a 5/0 wide-gap hook. “Peg” the plastic in place with a 3⁄4-ounce tungsten weight. Move along slowly and punch this bait down into pockets in the weedy cover.

Where weeds haven’t grown all the way to the surface, I add a Terminator single-blade buzzbait to my arsenal. Thread a toad plastic onto it as well, which bulks it up so you can fish it super-slowly.

If there are walleyes present, look for sparser weeds and run a willow-leaf spinnerbait or a good-sized swim jig with a boot-tail plastic.

Tackle up, so you can get fish out of heavy cover quickly and so you don’t exhaust them. I use 40-pound Sufix 832 braided line on a 7-foot, 2-inch to 7-foot-4 St. Croix rod in medium-heavy action. Tie baits directly to the braid (some pike will bite you off, but you’ll be amazed how many fish you land).

Fish as slowly as you can, but as fast as you have to. Keep slowing down until the bait loads up with weeds, then speed up just enough to prevent that.

Last thought: You want some wind, but not a gale. Wind increases oxygen in the water, prey items get tossed around or move into openings, and that activates predator fish.

You won’t load the boat, but nearly every fish that bites will be big.