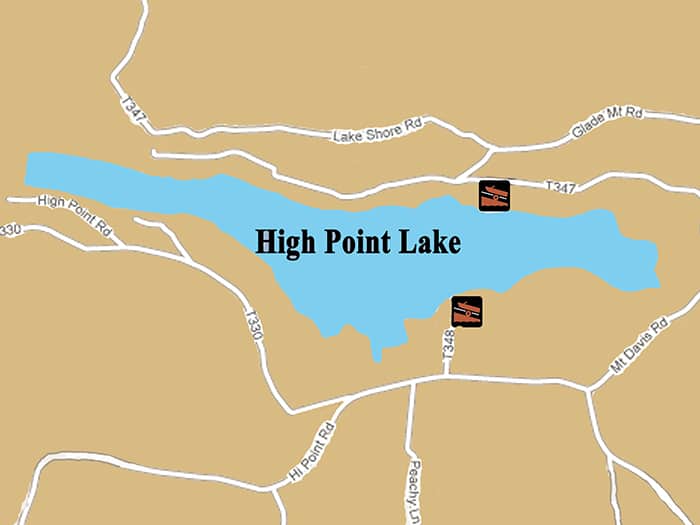 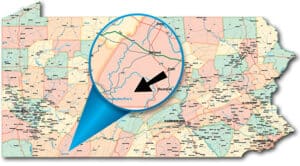 When someone starts talking about a particular lake, and they say it’s a “destination water,” what they really mean is “you can’t get there from here.” So it is with High Point Lake in Somerset County.

The 338-acre lake, owned by the Pennsylvania Fish & Boat Commission, isn’t exactly on the road to anywhere else. Located in Elk Lick Township, it’s sandwiched between State Game Land 271 to the west and a parcel of Forbes State Forest – home to Mount Davis, the highest point in the state – to the east.

Beyond that, there aren’t any real landmarks to use in guiding people there. Not in terms of large towns or anything, anyway.

If you’re going to make the effort to get here – and it is worth the effort – who wants too much competition anyway, right?

Many fishermen love the lake, if for different reasons than in the past.

In years gone by, High Point Lake was known for its smallmouth bass and walleyes. Things have changed in the last few decades, however.

One species in particular has played a large role in that. That’s the largemouth bass.

Smallmouths were the predominant species through the mid-1990s. They accounted for 76% of all the bass in the lake as late as 1996, according to a Fish & Boat Commission survey.

Biologists attribute that to the lake’s surge in weed growth, among other things. And indeed, as anglers who regularly fish the lake can attest, getting into any bass – especially midsummer – takes knowing how to work around vegetation.

The lake features some distinct weedlines these days.

Now, if you’re a dyed-in-the-wool smallmouth angler, that’s a bad thing. But if you just want to catch fish, the change in bass variety hasn’t meant a decline in bass numbers overall.

And the largemouth have, as they’ve taken over, gotten a bit larger on average, too. Catch rates seen in commission surveys show the number of fish over 12 and 15 inches exceeds state standards for a quality lake.

Those largemouth bass have impacted the lake in a second way.

The Fish & Boat Commission historically stocked High Point Lake with walleyes, and for a long while that paid off. Throughout the 1980s and into the 1990s High Point was a pretty good walleye water.

But, biologists suspect, all those largemouth bass preyed heavily on the walleye fry and fingerlings. The population has suffered tremendously as a result.

Biologists surveyed the lake twice in 2016 looking for walleyes, once using trap nets and once electroshocking for them near shore when they should have been spawning. They caught 10 fish, total.

All were at least legal, stretching 20-22 inches, but there were just a handful.

These days, anglers occasionally catch a High Point walleye. But those cases are becoming rarer all the time, as the population seems on the verge of blinking out.

Now, for all that, High Point is anything but a one-species lake. There are plenty of other fish to catch besides largemouths.

Northern pike have long been a staple at High Point, and that remains true. And if anything, the fishery might be in a little better shape than before.

For years High Point was renowned for its “hammer handle” pike, meaning lots of sublegal fish that were only as big around as a hammer handle.

Pike are still pretty common at the lake now. But bigger fish are showing up on occasion. Fish in the 30-inch class aren’t unheard of.

Anglers targeting pike are increasingly getting into another toothy predator, albeit one that’s not supposed to be there. Chain pickerel are now an established part of High Point’s ecosystem.

They aren’t native to the lake, or to the region at all, so it’s thought one or more anglers introduced them to the waterway. That’s not something commission biologists wanted; at one time they recommended anglers kill every pickerel they caught.

But anglers either aren’t listening or can’t keep up, as pickerel catches are pretty common nowadays.

The panfishing also makes visiting High Point worth the trip.

At one time the lake was in the “panfish enhancement regulations” program, meant to limit harvest and thereby increase the average size of yellow perch. That didn’t last.

High Point is now managed – for panfish as well as all its other species – under general statewide regulations.

But that doesn’t mean the panfishing isn’t any good. Black crappie numbers are especially nice, and in a good year, the odds of catching one longer than 9 inches are about 50/50. That’s not bad at all.

As for the lake’s yellow perch, meanwhile, they remain the most abundant panfish in the lake. But they tend to be a bit smaller than the crappies, on average.

That varies based on year class survival, food, overall conditions and more, though. Some years it might take catching 10 perch to get one over 10 inches; others years four.

Always, though, they provide lots of action.

The lake also holds lots of bluegills. There are also plenty of brown and yellow bullheads, the former especially plentiful and often large, for those who like to fry some up.

Anglers can fish High Point from shore. The commission has installed a lot of near-shore habitat structures over the years – you can see them on a map at https://bit.ly/2Fe3UEk – so there are generally fish within reach of everyone.

The lake also boasts two boat launches, though, for those who can and want to roam. Only unpowered boats and those with electric motors are permitted.

That’s part of the lake’s charm, though.

You’d expect an out of the way lake to be a quiet place to fish, after all. High Point Lake delivers, in that sense and many others.

Provided you get there.

A commission survey from 2016 found the lake’s bass population was 94% largemouths to just 6% smallmouths.

What you should know:  The lake has two boat launches Only unpowered boats and those with electric motors are permitted.

Owned by the Fish & Boat Commission, the lake is sandwiched between State Game Land 271 to the west and a parcel of Forbes State Forest, home to Mount Davis, the highest point in the state, to the east.