Looking ahead, looking back 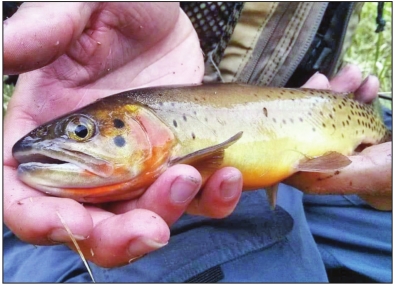 Cutthroat trout can, at times, make even the most average of fly fishermen seem highly skilled. Photo by Steve Piatt

Since we’re no longer living in the Adirondacks, Paula and I are right now in a dead zone of sorts when it comes to our outdoor pursuits. Sure, pheasants are still an option, but for some reason the stocked birds have eluded us this season, through no fault of our dogs. Finn and Riley have performed well, and if the birds were around they would have gone airborne.

Too, our outings have been limited since I’ve now undergone surgeries on both eyes that come with six weeks of restrictions, including shooting a firearm. I can head afield without the Browning Citori 20-gauge, leaving Paula to serve as the lone gunner. And we’ve done a little of that. But unlike last season when we scored on several birds, flushes have been few and far between. 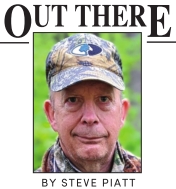 We knew our ice fishing days were pretty much over when we returned to the Pennsylvania-New York border, where Mother Nature typically offers safe ice only in spurts. That’s why we sold our portable shelter, and although I have a couple manual augers around, as well as several jigging rods, we’ve instead turned to just running the dogs after deer season, doing a little scouting and maybe collecting a shed antler or two.

It’s around this time, too, that I start looking forward to spring – and, to the surprise of many, even something other than turkey hunting. I really enjoy fly-fishing for trout, to the point of bringing on sheer exhaustion in May by performing a biathlon of sorts, hunting gobblers in the morning then taking to a trout water later in the day to fish the evening hatch. It necessitates shelving our evening bird-roosting effort, but it’s usually worth it at least a couple times during May Madness.

I have a weakness for wild brook trout and the settings in which I fish for them – mountain streams where the water temperatures are always conducive to feeding trout. And wild brookies, in these generally infertile waters aren’t too picky and can’t afford to be too selective. When something drifts into their feeding zone they can’t take too much time to inspect it. They can make you feel like you really know what you’re doing with a 4-weight.

So, too, can a couple other fish for which I have a fondness – cutthroat trout and Arctic grayling. Again, some of that is a product of the environs in which they’re found. Paula and I have had memorable evenings on Soda Butte Creek in the northeast corner of Yellowstone National Park, a water where if you hook something on your back-cast you turn around slowly, hoping it’s not a grizzly.

Again, cutties can boost your fly-fishing ego with their casual rises to your Size 16 Adams, and it’s not unusual, if you work the water properly or something close to it, to seemingly catch every rising trout in the pool.

And grayling? Well, to us they are a symbol of true wilderness, having first encountered them a few years back while driving up Alaska’s Dalton Highway. That was confirmed when we plied the waters of the Kuparuk River on Alaska’s North Slope, as I released one graying a muskox casually strolled past. Fish rose repeatedly to my Griffith’s Gnat pattern, while Paula caught several fish on flashy spinners.

This time of year, when we’re feeding the wood stove and wondering if we’ll need the snowblower this week, those memories can easily spark a desire to return to so many places. Certainly this year will bring many wild brook trout, hopefully a couple longbeards, and plenty of smallmouth bass from the Susquehanna River. And who knows? Maybe there will be more cutthroats and grayling in our future.

Just in case, I think I’ll check my fly boxes and see if I have enough Griffith’s Gnats, Adams Parachutes, and plenty of grasshopper patterns.