Lakes Nockamixon and Towhee are only 10 minutes or 2 1/2 miles apart – a curvy rural road separates the two. But they are as different as the proverbial night and day.

Nockamixon is a giant at 1,450 acres while Towhee, at just 48 acres, is like the small bird with the same name. During the ice season, Nockamixon is difficult to fish and keeps its secrets tight; while Towhee is as easy to fish as sliding down a hill in a snow saucer.

You might ask why anyone would put these lakes in the same story. Two reasons.

A couple of times over the years, I started out to fish Nockamixon and didn’t like the looks of the ice, so I moved on up to Towhee, where the ice was as solid as the Arctic ice used to be. 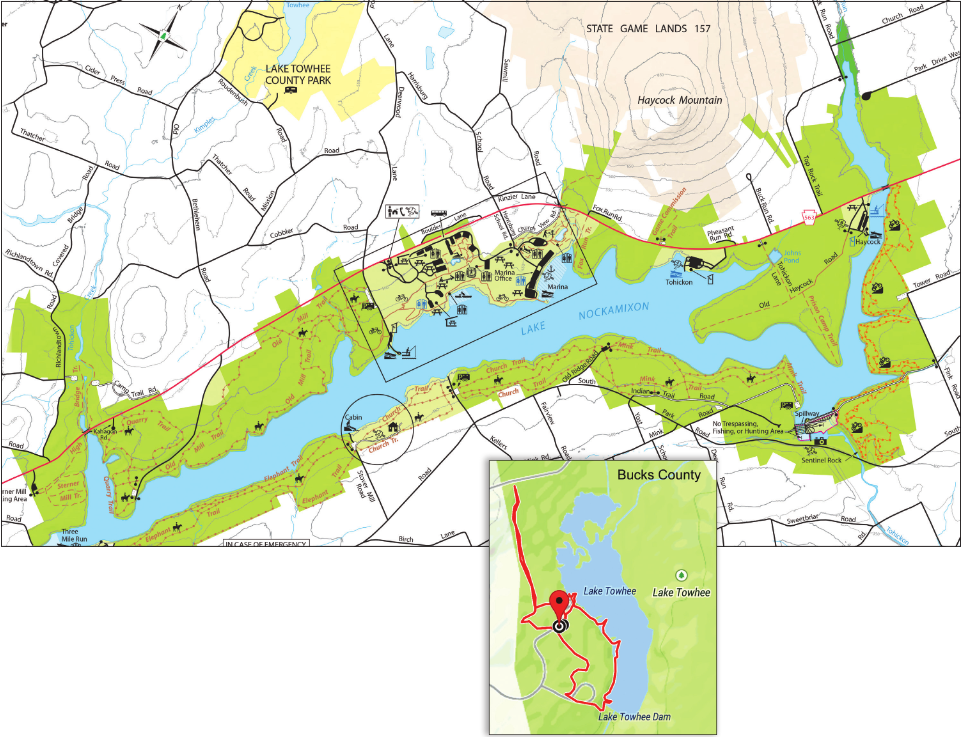 Towhee does freeze faster than the Nock. Then, there have been times when even with good ice, Nockamixon was so difficult to figure out that I changed locations to catch the easier fish at Towhee.

You may wonder then, why not just target Towhee and forget about Nockamixon? The answer is because over the years I’ve put some grand – no make that super grand – tiger muskies on Nockamixon ice, landing brawny fish of 32 inches and better.

While on Towhee, the lengths of bluegills are measured in low numbers, not double digits or even high single digits.

Towhee is the place you take yourself and the kids to introduce them to the common 6- and 7-inch bluegills, not very exciting but at least willing.

While Nockamixon is where you go to see that one flag pop in three hours, then have a hand-to-fin battle that lasts five minutes or more, with the eventual display of long fish on Facebook.

Sure, there are some nice bluegills and bass at Nockamixon, but brother are they winter stubborn.

In a trap-net survey performed by the Fish & Boat Commission way back in 2017, agency biologists captured adult tiger muskies ranging from 19 to 39 inches, though the majority were between 33 and 39.

While it sounds awfully low, the catch rate for tiger muskies was 0.06 fish/per hour, or 5.2 fish for every four trap nets set.

However, these seemingly low numbers exceeded the statewide minimum catch rate for Keystone reservoirs of 0.01 fish per hour, “indicating that the abundance of tiger muskies in Nockamixon was very good,” according to the old report.

But please note that even a 39-inch muskie is not a legal fish in Pennsylvania, where the length must be 40 inches.

When going for iced-in muskies on Nockamixon, you need to choose whether to fish the upper end of the lake, taking the Three Mile Run access on the southeastern side, or the Tohickon or Haycock accesses on the northwestern side, on the lower end, both of these just off Route 563.

The Three Mile Run spot puts you immediately over shallow water that hosted lily pads and heavy weeds in the summer; the northwestern access points are near much deeper water and it is a spooky hike across the ice.

Also from Route 563, near Haycock, you can sled down to fish the mouth of the last bridge and from there out to a wide shallow bay, good at first ice for panfish.

To catch a Nockamixon muskie, I suggest using the largest bait-shop shiners you can buy – or nab a few of Towhee’s small bluegills, return to the Nock, and work them beneath a tip-up.

Only once did I nab a Nockamixon tiger muskie on a jigging spoon, and that one broke me off at the hole.]

For muskies on tip-ups I use a double leader of 25-pound test fluorocarbon – two separate strands from the swivel to the eye of a circle hook. This rig hasn’t failed me anywhere I’ve gone for toothy critters such as big pike and muskies.

I’ve also taken some fine largemouth and smallmouth bass on Nockamixon’s ice with large shiners when my heart was set on muskies, but then that’s not a real problem.

From Route 563 over the bridge that crosses Tohickon Creek, take Old Bethlehem Road north to Lake Towhee, a Bucks County park. A parking area and ramp is right close. Much of Towhee is too shallow to fish, period, but especially true with thick ice.

From the ramp, head out straight or turn to your right toward the dam. You’ll see two long points extending from the shoreline.

The deeper area out from the manmade points is a good spot for Towhee bluegills and the occasional winter crappie. Some guys fish closer to the dam with mixed results.

Because accurate, up-to-date information on Nockamixon and Towhee is tough to obtain (there are no open bait shops in the immediate area), when I go off for a day’s icing, I’ll hit one or the other or both, depending on conditions.

They’re that close and that different. 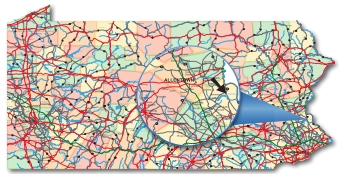 LOCATION: Nockamixon is along PA 563, just off PA 313, 5 miles east of Quakertown, 9 miles north of Doylestown.

WHAT YOU SHOULD KNOW: In a trap-net survey in 2017 at Nockamixon, biologists capture adult tiger muskies ranging from 19 to 39 inches.

Towhee is a great place to take the kids for 6- and 7-inch bluegills.

To catch a Nockamixon muskie, the writer suggests using the largest bait shop shiner you can buy or catch a few of Towhee’s small bluegills and return to the Nock beneath a tip-up.

A curvy rural road separates the two lakes. They are about 2 1⁄2 miles apart.

Nockamixon is the largest lake in Bucks County, formed by a dam on Tohickon Creek and is the centerpiece of Nockamixon State Park. Swimming is not allowed in the lake, but boating is popular.