CO Tony Hams (Warroad) successfully completed field training and has settled into his station. He spent time checking anglers and following up on deer-feeding complaints. Violations encountered were no shelter license, possession of a small amount of marijuana, illegal-length walleyes, and possessing dressed fish while on the water.

CO Coby Fontes (Baudette) successfully completed field training and has settled into his station. Time was spent getting familiar with the area and working ice-fishing activity. He reports that violation rates were high.

CO Chris Vinton (Perham) reports the completion of training with CO Znajda. Vinton attended a district meeting and received a report about a snowmobile that went in the open water on Otter Tail Lake. There were no injuries, and the person was asked to advise the Otter Tail County Sheriff’s Office about the location.

CO Jake Swedberg (Detroit Lakes) spent the week working area snowmobile trails and anglers, and continued looking into deer cases from the previous season. Swedberg also worked with other area COs on details in Otter Tail County. Activity levels were high, and plenty of enforcement action was taken, including a DUI after a motorist drove into a ditch while the COs were returning to the boat access where they were parked.

CO Bill Landmark (Pelican Rapids) reports that ice conditions have improved on area lakes, but there are still small pockets of slush that anglers need to be aware of. There are more fish houses on area lakes than in most years. An angling detail was worked on Lida Lakes with CO Swedberg and CO Goodman. The officers took enforcement action for numerous violations, including illegal-length fish, possession of drugs and drug paraphernalia, as well as angling with extra and unattended lines.

CO Felicia Znajda (Osakis) is seeing a lot of angling activity on most surrounding lakes. A lot of crappies and sunfish were in the buckets, though there was slower activity in the spearing houses. Anglers are reminded to lock their shelters and not leave valuables behind due to recent burglaries in fish houses.

CO Jordan Anderson (Wadena) spent time on area lakes and followed up on some big-game cases from fall of 2022. Preparations were made for local safety classes.

CO Corey Sura (Remer) patrolled area snowmobile trails, checked ice anglers, and monitored trapping activity in the area throughout the week. Enforcement action was taken for violations including no shelter license, unattended lines, no valid fishing license, expired snowmobile registration, and targeting trout on a designated trout lake prior to the open season.

CO Mark Mathy (Cass Lake) reports an angler-harassment complaint was investigated and possible charges are under review. A snowmobile-related complaint was received. Enforcement action was taken for angling with extra lines.

CO Duke Broughten (Aurora) spent the week monitoring ice fishing and snowmobiling activity. Outdoor recreational activity was lower than expected. Anglers continued to report limited access on area lakes as well as limited success. Lake ice thickness varies greatly from lake to lake, and in some cases varies significantly depending what part of the lake you’re on.

CO Thomas Wahlstrom (Grand Marais) spent the week checking snowmobilers on the North Shore State Trail and local trails. Time was spent in the BWCAW, checking trout anglers. The lake trout were cooperating for most anglers.

CO Hudson Ledeen (Grand Marais) reports both cross-country ski and snowmobile trails are in great condition, and with mild temperatures and sunny skies, lots of folks were seen out and about. Another successful Gunflint Mail Run sled dog race was held during the weekend.

CO Anthony Bermel (Babbitt) worked a variety of activities throughout the week. Enforcement action was taken for extra fishing lines, underage possession of alcohol, untagged deer, failure to register deer within 48 hours, and failure to acquire an aeration permit or sign areas of thin ice.

CO Matt Miller (Silver Bay) checked ice anglers and snowmobilers. A complaint was received about an injured deer stuck in the rocks along a rugged piece of Lake Superior shoreline. The badly injured animal was located and dispatched. Complaints about snowmobilers operating with loud exhausts and on closed trails were received and will be monitored.

CO Thomas Sutherland (Grand Rapids) worked ice angling activity in the area. With improving ice conditions, anglers are seeing some success. Enforcement action was taken for having expired snowmobile registration and for not having a license in possession while angling. 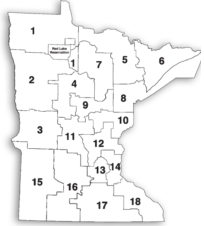 Report of the weeK

CO Jake Swedberg (Detroit Lakes) worked with other area COs on details in Otter Tail County. Activity levels were high, and plenty of enforcement action was taken, including a DUI after a motorist drove into a ditch while the COs were returning to the boat access where they were parked.

CO Tony Elwell (Cloquet) saw more action on area lakes this week. Most lakes are still seeing some issues with slush, resulting in snowmobiles being the primary mode of transportation on the ice.

CO Eric Sullivan (Brainerd) reports winter outdoor activities are in full swing in the Brainerd lakes area. Snowmobile trails have been extremely busy, and riders should travel with care and always be ready for oncoming traffic. Ice-fishing activity remains constant with some anglers having success. Sullivan also continues to investigate deer-hunting and trapping violations.

CO Gregory Verkuilen (Garrison) checked lake activity where rough ice, slush, and snow continued to impede access. Snowmobiles and ATVs have been the preferred means of access, resulting in violations for registration, safety training, and no helmets on juveniles. Trapping activity was monitored, where deep snow was making some furbearers easier to track.

CO Victoria Griffith (Isle) responded to a call about a snowmobile that went through the ice on Lake Mille Lacs. Griffith also assisted with a local snowmobile safety class. Shelter license violations were a common theme throughout the week. Enforcement action was taken for extra lines, expired snowmobile registration, and ice shelter violations.

CO Ashley Whiteoak (Aitkin) spent time patrolling for ice-angling activity. Snowmobilers and trappers were also checked. She also followed up on an aerator violation and a trapping complaint.

CO Keith Bertram (Long Prairie) spent most of the week working snowmobiling complaints such as trespassing and loud exhaust. A group of coyote hunters was found transporting loaded guns. Slush has returned to area lakes.

CO Todd VanderWeyst (Paynesville) took calls concerning snowmobile trespassing where newly planted trees were destroyed. He also is investigating shelters that have been frozen into the ice and had their identification and license removed.

CO Stephen Westby (Little Falls) continued to work area lakes and rivers for angling and snowmobiling activities. A trapping investigation was conducted with a local officer with citations issued.

CO Tou Vang (Pierz) monitored angling, snowmobiling, and small-game activities during the week. The recent snowfall has made it more difficult for anglers to get back out on the ice, and trappers in the area also are reporting a slower season as well.

CO Ben Ulrich (Osseo) spent the week working snowmobiling and ice fishing enforcement. Snowmobile activity was up due to the snow conditions in the area. Common violations included no license in possession, failure to display ATV registration, and failure to transfer snowmobile title.

CO Alexander Birdsall (Waconia) spent most of the past week on the snowmobile patrolling the trails and lakes. Riding offtrail and trespassing persists as an issue.

Enforcement action was taken for expired registration, riding off-trail, and no license in possession.

CO Garrett Thomas (Eagan) spent time checking ice anglers and snowmobilers. The deep snow throughout the week made fishing a challenge for many. Multiple calls related to the CWD deer-feeding ban were handled.

CO Chris Tetrault (Maplewood) checked area anglers and monitored snowmobile traffic. Some of the deeper snow is making it more difficult for anglers to move around. He is also assisting another agency with an ongoing big-game investigation.

CO Dustin Roemeling (Worthington) spent the week working angling and snowmobiling enforcement. Hunting violations from this past season were investigated.

CO Derek Daniels (Lake Benton) primarily worked angling and snowmobiling enforcement this past week. Deep snow at area lake accesses has made it difficult for anglers to get their shelters onto the ice.

Commercial license inspections were completed. Snow on area lakes is causing problems with travel, and the pressure on the ice is causing slush issues.

CO Nicholas Klehr (Litchfield) reports that fishing activity is still being monitored, but not much is going on with all the snow and slush on the lakes making it challenging to get around.

CO Meng Moua (Spring Valley) spent time checking anglers and snowmobile operators. A handful of trout anglers were out on the streams as the winter catch-and-release season started.

CO Derek Schneider (Zumbrota) reports deer-feeding complaints were handled, as was a report of a deer taken out of season.

CO Kevin Prodzinski (Wabasha) reports working snowmobile, ice-fishing, and predator-hunting enforcement this week. Coyote hunters are having success with both calling and hunting over bait piles. Backwater ice anglers were found with limits and overlimits in spots.

CO Joel Heyn (Plainview) worked mainly anglers during the week. Some snowmobilers were out as well.

CO Tom Hemker (Winona) reports some of the snowmobile trails in the area are open and some of them are closed. He checked fishing activity and saw good numbers of fish. Red foxes hanging around town continue to generate calls.