You have read in previous columns that I describe myself as a medium shotgunner. I like to say that I will never win a contest, but I can usually get supper. 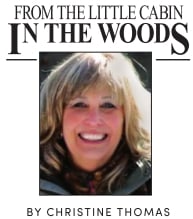 We gathered at the Lone Oak Shooting Preserve, located near Ne-Pee-Nauk, for a morning of pheasant shooting, which I hosted. We decided to hunt over Major for the pheasants and to use Steve’s Labrador retriever, Black Olive, for the ducks in the afternoon. It was a gorgeous late fall day. There was still a bit of autumn color, the weather was clear, the temperatures were moderate. This was perfect for the pheasant outing.

“This is really a nice leisurely pace for bird hunting,” Steve, of Mequon, observed after we had bagged a pheasant or two.

With Major it is. He loves the hunting. However, he does not approach it with the relentless speed of many dogs. He has this game figured out. He knows he does not have to kill himself in the thickest cover, unless he smells his quarry. If he ranges out farther than I like, a casual “too far” on my part brings him back around for a quick crossing of the field in front of all hunters. If he uses the walkways, others may think he is slacking. He and I know he is using his brain and his nose. We saw most of the released birds and downed half of them. I shot three. There is absolutely nothing like the feeling you get when a plan comes together.

Your dog is ranging back and forth. His head turns quickly as he catches the scent. His tail starts a rhythmic “tick-tock.”

Your dog makes a sudden movement toward a clump of extra thick cover. A brilliantly colored rooster explodes from the cover in a cacophony of cackles and whir of wings. You swing the shotgun. At the perfect intersection of bird and barrel, you squeeze the trigger, not even hearing the discharge. But you see the bird tumble. Your dog sees it, too, and the retrieve is on. You are so proud when your baby delivers the bird.

This happened three times that morning. Major flushed and retrieved birds for everyone. You are happy when that happens, but it is nirvana when your dog and you execute perfectly together. With the cleaned birds in tow, we headed to the duck club for lunch. I had brought yellow-tailed snapper that Bob, of Waupaca, and I had caught when at a meeting in Key West earlier in the fall. Lunch in the old duck club is a real treat. The club was founded in 1882. They have kept a log of hunting and fishing days ever since. Old leather-bound ledgers tell you who was there on what day, what they caught or shot, and how many, and has a space for comments.

After lunch, Bob and I sat in rockers on the front porch, enjoying a beautiful view of Puckaway, with the sun sliding low enough across the horizon to shine on our faces. I wondered how many duck hunters had done just that over the past 140 years. Many stories must have been shared. While Bob and I lounged, Steve scrambled about readying his duck boat, his decoys, and Black Olive.

I have hunted ducks a few times. I have even harvested a few. This is truth. I have witnesses. However, duck hunting is not where I put most of my outdoor effort. This would be my first duck hunt from a duck boat. They gave me the full experience. We trailered the camo-clad boat to a launch spot, then Bob and Steve discussed the best orientation of the boat, the placement of the decoys, and the predicted flight patterns in the unlikely event that we would see a duck on a sunny, windless, warm afternoon.

We had barely deployed the decoys when the green-winged teal started flying. Olive vibrated with anticipation. Elation with our good luck must have turned into exasperation for my hosts and for Olive. They were bound and determined that I would shoot a duck. I tried. I am an active person, however, I have never been fast, nor athletic. I swim and walk. I have never played sports that required speed or hand-eye coordination. Every incoming-teal situation went something like this, with either Bob or Steve doing the talking. Rapid-fire instructions came at me.

“Here they come. No! They are breaking off! No! One is headed this way.”

“Keep your gun down! Keep your head down! That gun is shining like a mirror. The sun is reflecting off your face.”

I could not keep up with it and felt like it was over before it started. That moment when there is the “perfect intersection of bird and barrel” never happened. The teal dipped and dived. They seemed tiny and fast compared to pheasants. I fired 17 times and never hit a duck. Finally, Steve shot a duck. Olive made a retrieve.

Even with all that, I had a great afternoon with dear friends and a willing dog. We laughed. I experienced classic duck hunting in an historic place. I experienced a wild rice marsh that has been nurtured and loved for centuries.

Bob had set the alarm on his watch for the close of shooting hours. I helped pull in the decoys as the sun set over the marsh. The sky was on fire. The marsh vegetation was black against orange. I was at peace.