Home » Wisconsin » Memories of the first and last (most recent) deer

Memories of the first and last (most recent) deer

They’re both clear and vivid in my memory. Nearly 50 years ago I shot my first white-tailed deer. Just a week or so ago I gutted the most recent. While both are etched sharply in my mind, they define different times and places. 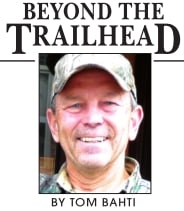 I was a very unsuccessful deer hunter early on. I started hunting with my grandfather in the Upper Peninsula of Michigan when I turned 14 (the legal age at that time) in 1963 and only remember the one-room log cabin, a paucity of deer, and lots of snow. This was in Houghton County, east of Twin Lakes, in some huge blocks of forest land that I believe was owned by the Copper Range Railroad at the time. When my father was posted to the U.S. State Department in Washington, D.C., later that year, I poked around some of the national forest land in Virginia with a friend of his (my father didn’t hunt) and a high school buddy for my high school years, but we knew just little enough about deer and deer hunting to continue my lack of success.

College years at Michigan Tech up in the Keeweenaw Peninsula also maintained my streak as a “Buckless Yooper.” Looking back at historical biological data, I now realize why it was so tough. The late 1960s and early 1970s had a series of five severe or extreme winters in a seven-year period – some of the very years I was slogging through snow in the foothills of the Huron Mountains. Deer populations throughout the Great Lake states reached unprecedented lows. As an example, I recall that the total deer kill in Wisconsin’s Florence County, was barely more than 170 deer in 1972. Anyway, that’s my excuse for my lack of success, and I’m sticking to it.

I headed off to graduate school in Fort Collins, Colo., in the fall of 1971, and found some success hunting mule deer up the Poudre Canyon on the abundant nearby national forest land. A yearling buck and a couple of antlerless deer fell to my .308 those years. That convinced me that I might have the makings of a deer hunter after all. 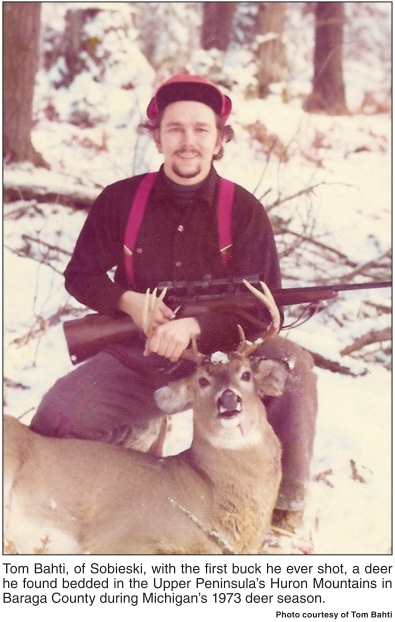 It was the fall of 1973, and I was hunting with my father-in-law, Henry Ohtonen, in the U.P.’s Huron Mountains near Skanee in Baraga County. Henry was a sawyer
for Allwood Lumber Company. He knew the country up above Huron Bay well, an area we referred to as “Section 10, above Billy the Finn’s
tavern.” It was a sprawling block of Allwood land nestled between the Slate and Ravine rivers, rugged country of giant hemlocks, cedar, and
hard maple, where Henry ran a huge Stihl chainsaw day after day. I was
still-hunting slowly along the contours, poking my way step-by-step
through the snow, stopping frequently to scan ahead of me, when I saw a
bedded deer … a buck!

It was 50 or so yards away, looking downslope, and hadn’t detected me. I
raised my rifle, aimed at the neck, fired off-hand, and promptly missed.

The buck jumped up, but, being unaware of the source of danger, paused for a
moment. I’d run the bolt by that time, wobbled the crosshairs on the
shoulder, and mashed the trigger. I found the buck piled up a short
distance away.

I got the buck gutted and dragged upslope to the logging road and Henry’s
Jimmy, where Henry and Joe St. Amour, his hunting partner,
congratulated me and said we needed to head to the Hilltop Restaurant
for pie a-la-mode. This was part of the tradition – pie a-la-mode at the
Hilltop if you were successful, or a round of beers at Billy the Finn’s
tavern if you shot and missed. 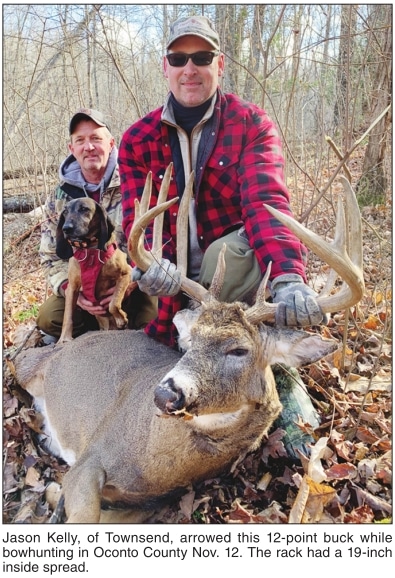 Joe also made his usual comment that he had just gotten into some “heckuva nice country” when it was time to quit for the day.

On Nov. 10 of this year I clipped onto my Prusik line and hauled myself up
the climbing sticks to the hanging deer stand at the Hill Farm in
Waupaca County. As dawn broke I heard a couple of chases nearby, and
could see deer moving, but too early and too dark to positively identify
as bucks or does, but promising nonetheless.

By about 8 a.m. a few does and fawns wandered within
sight. A nice doe fed slowly towards the trail below my stand. At 10
yards, I settled the pin behind her shoulder and touched the release. As
she ran off I watched her path carefully, lost sight of her, and then
heard the crash of her hitting the ground. I found her piled up about 80
yards away.

Many days, as I sit in a bow or gun stand, I think back to the deer I’ve been
fortunate enough to shoot. I can literally remember all of them, and
most of the details of the hunts.

It’s those memories, and the excitement that still builds as a deer moves in my direction, that keeps me in the game.

The day my heart stops pounding and my pulse stops quickening is the day I
give up the sport. But, that ain’t gonna be for a while, I hope.

Tom Bahti, of Sobieski, is a retired DNR wildlife biologist and deputy
conservation warden who treasures his time at Terry Gardon’s deer shack
outside Peshtigo, and the Hill Farm near Embarrass, every fall.