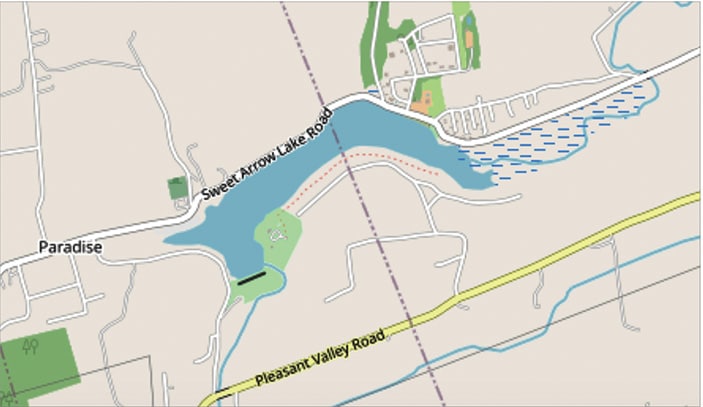 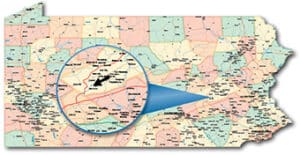 Not every experiment turns out successfully. Sometimes you invent the light bulb or the steam engine, other times the Ford Edsel or the new Coke.

Several years ago Pennsylvania Fish & Boat Commission officials stopped stocking channel catfish in Schuylkill County’s Sweet Arrow Lake. Instead, they sprinkled 33 channel catfish nesting boxes throughout the lake, in hopes those would help the fishery sustain itself through natural reproduction.

It was a good idea, worth the effort. But it didn’t work.

So they returned to stocking the Schuylkill County-owned water near Pine Grove with catfish. It put some bigger-than-usual fish in, too, last year and this, to give the population a jolt – it’s an up-and-comer – even as a nice population of older fish remains.

Here’s how that all came about.

The commission stocked the 100-acre lake with channel catfish fingerlings – fish measuring just a few inches – annually for years, through 2013. There’s a cost to that, of course.

So the commission set out to see if, by providing boxes in place of natural habitat, they could let nature take its course on a suitable scale. There was cause for optimism at times. Multiple checks of the boxes conducted between 2016 and 2021 revealed that catfish used the boxes in all but one year, in one season using 96% of them.

But that didn’t lead to lots of young channel cats necessarily.

Biologists surveyed the lake with hoop and trap nets for two years before the installation of spawning boxes, in 2014 and 2015, and for two years after, in 2019 and 2020.

They counted catfish, assuming, based on typical growth rates, that fish longer than 18 inches probably came from stocking and ones shorter than 18 came from natural reproduction.

They found good numbers of older, longer fish, but relatively few younger, shorter ones coming up behind them.

So channel catfish stocking resumed in 2021. Sweet Arrow got fingerlings, as in the past, but also yearling channel cats, fish 7 to 10 inches long when released. At that size, they survive at higher rates and produce a higher quality fishery sooner. The plan is to add more of those fish to Sweet Arrow yet this year.

Bottom line, that means Sweet Arrow Lake remains a good place to target quality-size catfish right now, even as the quantity of channel cats in the lake should increase going forward.

As for where to look for them, a lot of those fish are likely close to shore, within casting distance for anglers. The Fish & Boat Commission previously installed fish habitat structures – porcupine cribs, post clusters, stumps, rock rubble humps and more – in the lake.

A map available on the Commission’s website shows just where. See it at https://bit.ly/3PkI9kJ

But generally speaking, they’re most abundant along the lakeshore immediately to both sides of Sweet Arrow’s one boat launch – unpowered craft and those with electric motors are permitted – and directly across the lake from the launch. Those are good areas to fish.

The far end of the lake, which ends in a marsh, has less artificial habitat but lots of pads, weeds and timber of its own. That’s another spot worth trying.

That’s true not just for catfish.

Sweet Arrow is home to almost 20 species, including tiger muskies. The Fish & Boat Commission stocks them, though that’s changed, too. At one time it put fingerlings in; now it releases yearlings which, as with channel catfish, are more likely to survive and offer good fishing.

There are largemouth bass in Sweet Arrow, too. They’re plentiful if not always very big, though there are exceptions.

The same is true with crappies. The lake holds both blacks and whites, and anglers periodically get fish up to 16 inches.

Bluegills are also common; yellow perch less so. Few of either get very big here as a general rule.

Yellow and brown bullhead catfish add to the potential action, as do suckers and carp, though few specifically target either.

Then there’s always a chance to catch trout. The Fish & Boat Commission stocks the lake twice a year, in March and April, while the Swatara and Pine Grove Fish and Game cooperative nurseries put fish in, as well.

A few of all those trout- typically rainbows, browns, brooks and goldens – hold over or at least survive to show up once in a while throughout the year. The lake is open to year-round trout fishing.

Add it all up and while one experiment here failed, the fishing remains good. You might even call it “sweet.”

LOCATION: Near Pine Grove, about 45 miles north of Harrisburg

WHAT YOU SHOULD KNOW: Unpowered craft and those with electric motors are permitted.

The Fish & Boat Commission stocks the lake twice a year with trout.

There are miles of walking trails and a disc golf course.