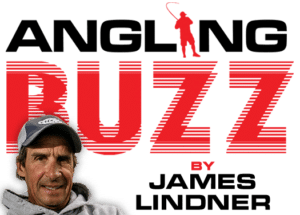 Shallow weed flats are hotbeds of largemouth bass activity during the post-spawn dispersal, which is happening now in lakes across the Midwest. Anglers who dial in top locations and choose tactics to match the conditions can enjoy sweet success deep into summer.

Understanding a bit about post-spawn bass behavior is key to catching the most fish possible from this pattern. For a short time immediately after the spawn, largemouths – particularly big ones – are generally tough to catch. Within a week or so, however, their appetite perks up as they start moving toward their summer habitat.

Finding largemouths during this transitional period hinges on pinpointing the best options in food and cover. In many cases, shallow weed flats provide both.

On the forage front, shallow weedgrowth often holds an abundance of bluegills and other sunfish species that are just finishing up spawning – offering bass plenty to eat. As for preferred cover, the most productive types of weeds can vary from one fishery to another, depending on what each lake has to offer.

Milfoil, coontail, curly-leaf pondweed, wild rice and cabbage are some of my favorite weeds to target at this time.

Be forewarned, hotspots change as the weeds develop. Largemouths move from shallow cover such as lily pads, rice and bulrushes into deeper weedbeds as the underwater world greens up. The progression typically runs from the bank to the deep end of the littoral zone (the area of a lake where rooted plants flourish).

It’s tempting for anglers to head right for deeper water, but skipping ahead of the migration can be a bust. Classic deep weedlines are just starting to develop, and it takes time before schools of bass will gather along the outer edge.

A variety of classic presentations will catch fish, but some are better than others. Because bass tend to spread out in developing weeds, your best bets are higher speed horizontal tactics that allow you to cover water quickly in search of fish.

Key considerations when choosing a presentation include the type of cover and how much open water separates the weedtops from the surface.

In general, a frog is hard to beat in shallow lily pads and wild rice beds, while buzzbaits, chatterbaits, and swim jigs shine in 4- to 8-foot depths.

Certainly, it’s possible to catch bass in a variety of locations in early summer. But riding the cutting edge of the post-spawn dispersal is your best bet for squeezing the most bites out of every fishing trip during the largemouth’s annual exodus from the spawning grounds.