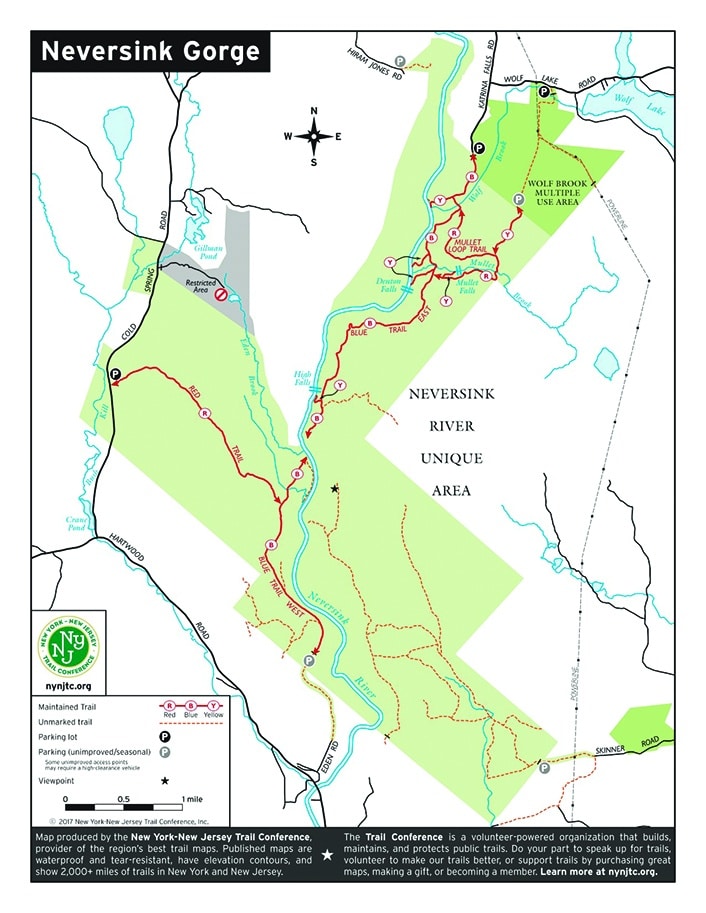 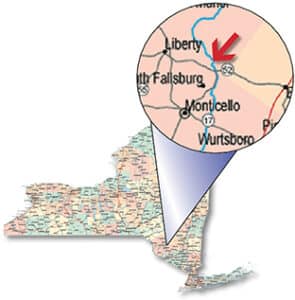 Steeped in fly-fishing history, the Neversink River in the southeastern corner of New York remains a top destination for trout anglers in this tributary of the Delaware River.

After all, the stream is credited as being the birthplace of American fly-fishing, or more so, dry fly fishing courtesy of Theodore Gordon, the late 19th and early 20th century angler and scribe whose influence remains on to this day. Gordon practiced and perfected the technique of dry fly fishing on the Neversink, and other nearby waters and documented his adventures and craft in Forest and Stream magazine, and other fishing publications of the day.

Flowing through three counties – Ulster, Orange and mostly Sullivan – along the Neversink’s shores are miles of Public Fishing Rights (PFR). And for the adventurer there lies the opportunity to wander the trails and visit the pools and waterfalls of the Neversink Unique Area. Oh, and to fish for wild brown trout.

At 55-miles long, the Neversink starts as two branches in the Catskills before it is impounded, becoming the Neversink Reservoir and part of New York City’s drinking water supply.

Becoming a tail-water as it leaves the reservoir, it continues to its confluence with the Delaware where the Tri-States Monument marks the tripoint of the borders of New York, New Jersey, and Pennsylvania.

Known for its cold water habitat, the stream remains an attractive fishing destination even during the summer months. But Mike DiSarno, a DEC Region 3 aquatic biologist says that like most popular waters, it’s shores are busiest during the spring.

“Fishing pressure can be quite high here when the season opens, as anglers are looking to catch one of the many stocked trout,” DiSarno said. “However, the wild trout here are the real prize. Wild brown trout from 15 to 20 inches are common with the occasional fish caught over 20 inches.”

DiSarno says the majority of the wild trout fishing takes place in the Neversink Unique Area. Here, a five-mile stretch with special regulations apply. Only catch-and release-fishing and the use of artificial lures are allowed.

Even though there’s a stable wild brown trout population, this river still sees plenty of trout stocking. This year, DEC fish hatcheries stocked 3,200 brown trout and 2,150 brook trout in Sullivan County. Another 2,720 browns were stocked in the reservoir.

The river is stocked regularly at Fallsburg and Thompson, north of the Neversink Unique Area. In Fallsburg, both brown trout and brook trout are on the stocking list. And downstream in Thompson more browns will be stocked. All are in the 8- to 9-inch range.

In the Orange County section of the river, another 5,000 brown trout are to be stocked this spring, including more than 500 in the 12- to 15-inch range.

While both brown and brook trout are stocked by DEC, it is the browns that currently prevail as both a wild and stocked species.

“Anglers have reported excellent catches of both stocked and wild brown trout,” DiSarno said. “However, anecdotal reports have indicated (that) catches of stocked brook trout have been hard to come by. As such, we’re currently planing on assessing this stocking policy by conducting an electrofishing survey this summer.”

DEC has been looking closely at revamping trout stream management following meetings with anglers in recent years. Although brook trout catch rates may be low in the Neversink, anglers seem to be pleased overall with the availability of wild browns in the river.

“To my knowledge, the Neversink has not been brought up during recent public meetings. DEC has received numerous anecdotal reports regarding fishing on the river, with anglers seemingly very pleased with the abundance of wild trout here,” DiSarno said.

Access to the Neversink is plentiful. The Neversink Unique Area can be accessed at four different locations utilizing the tract’s trail system to get to the shoreline, including the waterfalls and the pools both above and below them. However, one must travel on foot down into gorge, and therefore, back up out of it, which can prove challenging.

Public Fishing Rights are plentiful on the Neversink, with several access points also serving as stocking locations for DEC.

While DiSarno points out how popular the Neversink is, it would seem that 55 miles should provide plenty of line-wetting opportunities as spring continues.

The only inhibitor that could affect fishing conditions is the weather. Heavy rains obviously play a role in the ability of fly-fishers to wade in the river. Otherwise, Theodore Gordon’s favorite trout stream should remain the spring classic it’s always been.