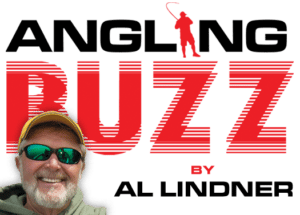 In my last Angling Buzz column I outlined what might be the most dramatic threat to fishing: the steady migration and population explosion of Asian carp. But there are other challenges we face that will require research and cooperation to overcome.

Without a doubt, the biggest buzzwords in recent years is climate change, and I personally can vouch for the fact that it’s changing. As I write this in late November, we’ve experienced record-cold temperatures across the North Country. The lakes around Brainerd, home of our office, iced over even earlier than last year, so it looks like another five-month ice-fishing season.

While that’s good news for hardcore ice anglers and the ice-fishing industry, it leaves many anglers feeling short-changed. Back 15 or 20 years ago, we enjoyed a series of warm autumns, and had the boat in the water up to Thanksgiving. According to the National Aeronautics and Space Administration, we’ve experienced some of the warmest years on record in the last decade, and 2017 was the record breaker.

But this trend has sometimes manifested itself in reverse, leading to early winters. Maybe climatologists can offer some theories on it. It’s a confusing problem because heavy rains have filled the Great Lakes beyond capacity while we see conditions so dry in California that wildfires regularly rage throughout its central region.

In Great Lakes country and in our border waters with Canada, there’s no denying that milder springs and summers have boosted populations of largemouth and smallmouth bass, yielding outstanding spawning success and lots of big fish. But there’s evidence of a walleye decline in some waters, and kills of the coolwater tullibee have become more common. Clearly, some fish species will be winners and others losers in these changing climatic conditions.

In many local lakes, excessive shoreline development has reduced natural habitat and native vegetation, reducing the productivity of spawning bays. Unsustainable farming practices for row crops and livestock are increasing siltation problems and adding excessive nutrients to waterways and groundwater that leads to eutrophication.

At the same time, our fisheries face unprecedented intelligent fishing pressure from savvy anglers who have the most efficient tackle, electronics, and boats ever. In some lakes, fishing pressure compounds changes in habitat due to zebra mussels, exotic weeds, and other invasive organisms. They’ve changed our lakes in both dramatic and subtle ways. They’re not the same lakes grandpa fished, and many have changed substantially in the past decade.

We’ve already seen an increase in harvest regulations – slot limits, minimum lengths, and reduced bag limits. This trend is sure to continue. Our natural resources agencies have a lot on their plates in fulfilling their mission to keep fishing successful and popular.

Few anglers want more regulations, but I believe it’s something we’ll have to accept. Moreover, avid anglers should be proactive in working with our fisheries departments to maintain fishing quality in the face of all these challenges.

Constructive angler input and cooperation will allow us to develop regulations that work for fish and modern fishermen.