Home » Minnesota » Fishing » ‘What would Roach do?’

‘What would Roach do?’

I spend most of my summer days chasing smallmouth bass, northern pike, and walleyes on Chequamegon Bay on Lake Superior.

This bay reminds me of a river because it’s changing all the time. One year the water will be low and the bass will be on the deep, steep drop-offs. The next year heavy rain may muddy up the waters, which will hinder the growth of the cabbage. This year the water was high and water clarity remained pretty good, so the vegetation grew and the fish were avoiding their traditional spots. 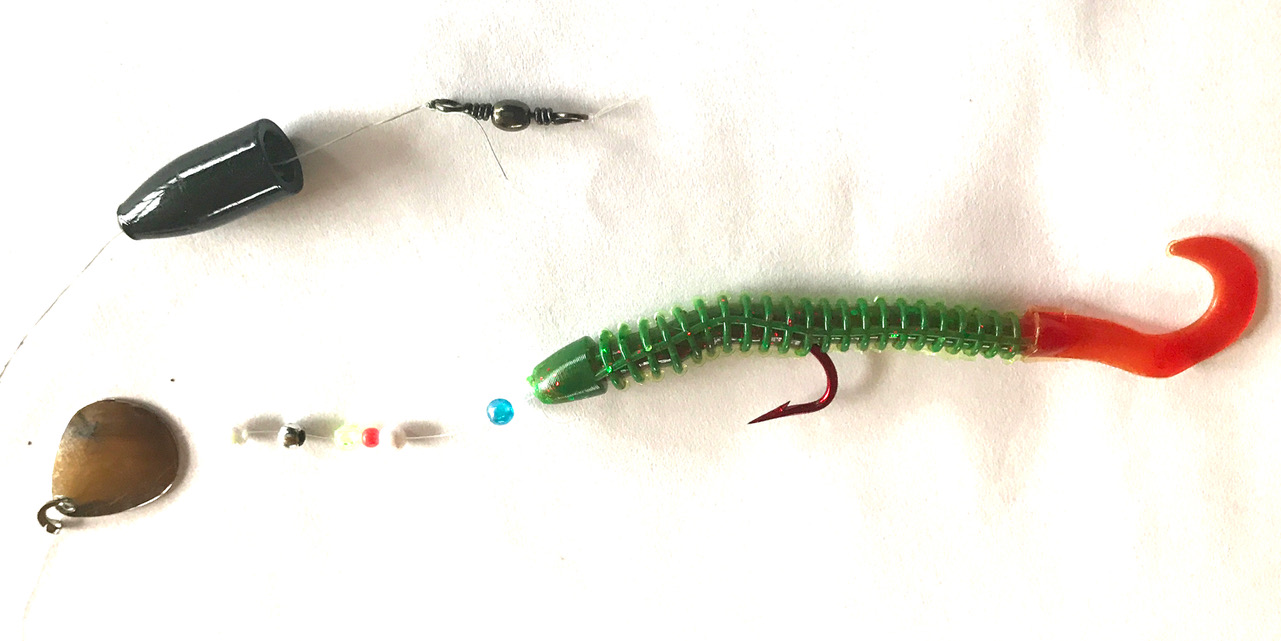 During times like these I follow the mantra, “What would Roach do?” Many times I have asked this question. Having been fortunate to have fished different lakes, rivers, and reservoirs for many different species with Fresh Water Fishing Hall-of-Famer Gary Roach, I always try new approaches. Roach’s first priority is to find the fish, then give them something that will trigger a bite.

So I finally found the bass and walleyes spread out on some sand flats not relating to any structure or cover. All my trusted cabbage beds and weedlines were non-productive. But the sand flats were producing.

Roach always adds some flash to his presentation when the fish need coaxing. I’ve seen him add colored beads right above the hook on his live-bait rigs. I’ve seen him use a slightly bigger blade with his spinner rigs, something in a hammered bronze or silver. Knowing this I decided to try a spinner setup to generate some bites in the bay.

I started out with a 1/4-ounce bullet sinker slipped onto the superline from the reel. To that I tied on a small swivel and to the swivel I attached a 2-foot piece of 8-pound-test fluorocarbon line. On the fluorocarbon leader I slipped on a hammered silver blade and four beads. To the end of the line I tied a 1/0 worm hook and to that I threaded on a 6-inch Berkley Power ribbed worm.

Initially I slow-trolled this rig over the sand in 18 to 22 feet of water using my bow-mount electric motor. When I hooked a fish I would punch in an icon on the sonar. I soon realized the walleyes and bass were concentrated in spots, tightly schooled.

We think of spinner rigs as a trolling technique, but to get the lure into the fish as much as possible I would need to use the bow-mount motor to anchor the boat in a spot and cast to the schools of fish. It worked.

I would send the spinner rig out as far as my cast would take it and let the sinker settle to the bottom. Then I just slow-reeled the spinner and worm back to the boat.

I spent some time going back to the old lures that had worked in previous years. I caught some fish on them, but the hottest setup of all was that spinner rig that I would cast and then just drag through those schools of fish. Now I can’t wait to get on some of the Twin Cities lakes this fall to try that on the distinct weedlines there.

I know Roach will be proud.