Curt Wells is the longtime co-host of “Bowhunter TV” and editor of Bowhunter magazine. He has successfully hunted 26 species of game animals with a bow and arrow during the past 33 years. He’s hunted in 10 countries, all of the Canadian provinces and territories, and 25 states.

Wells recently took time out of his busy schedule for a quick chat with Outdoor News. His responses have been edited for space.

ON: How did you get started bowhunting?

Wells: Back in 1980, I wasn’t a bowhunter. I was 26 years old, and my brother-in-law shot a buck and I kept hearing the word “compound” all the time. Then he shot a buck and I thought, geez, I could probably do that. So I ordered a Jennings T Star from the local sport shop.

I didn’t even have the bow yet, and I started putting up signs in the town I lived in, in North Dakota, to start a local archery club. That’s how confident I was that I’d enjoy it. I started bowhunting in ’81 and it just took off. It’s sort of been my life ever since. Then I started writing about it and it kind of escalated.

ON: Did you get introduced to hunting at an early age?

Wells: My dad didn’t hunt, but he did a lot of fishing. He was in the Air Force, so I moved all over. We lived in Michigan for a while and did a lot of fishing there. Then I met a guy who took me deer hunting with a rifle when I was 16 or 17, and that sort of started the hunting thing for me.

We lived in Upper Michigan at the time. My dad was stationed at K.I. Sawyer Air Force Base in Gwinn. We did a lot of fishing up there, too. Caught a lot of brookies. We used to do a lot of waterfowl hunting and some pheasant hunting, too.

ON: Tell us a little bit about your media career.

Wells: I always wanted to be an outdoors writer. When I lived in Michigan, I wrote a letter to Homer Circle at Sports Afield magazine and asked him how to become an outdoor writer. I was only fishing at that time, and I wrote a column for the school newspaper called “Outdoors with Rod and Curt.” My career ended for about 10 years. Then I wrote an article for Bowhunter magazine and I got an acceptance letter. That kind of lit the fire.

I started writing a Sunday column for the local paper in North Dakota and did that for 31 years. Then Glenn Meyer, from Outdoor News, asked me to do a North Dakota column for them and I did that for 18 years. I never really knew what I was doing, but I kept sending stories and they kept sending me checks, so I must have been doing something right.

Pretty soon I started getting more and more involved with Bowhunter (magazine) and became a contributing writer. One day, Dwight Schuh asked me to become the equipment editor. When he retired, the publisher, Jeff Waring, asked me if I would be interested in becoming the editor. That pretty much knocked me over. I never would have believed that I would have that opportunity. I said yes and have been the editor now for 12 years. I can’t believe I got the job. I keep waiting for the phone to ring and them to tell me, “No we wanted the other Curt Wells.”

Back in 2004, they asked me if I wanted to be involved with “Bowhunter TV.” That was one of the dumbest questions I ever heard. Now we’re in our 18th year of shooting television. I got a lot of opportunities I never would have had if it wasn’t for that TV show. I’ve hunted in 10 countries and all the Canadian provinces. It never would have happened if I wasn’t involved with the show.”

ON: What are your favorite species to hunt with a bow?

Wells: I get that question a lot, and elk is No. 1 by far because of the bugling. Anything that bugles would be high on my list.

I love whitetails, too, just like everybody else. They still rank, for me, as the top game animal out there. They’re sort of like Muhammad Ali as a boxer. He had everything. He had speed, endurance, a punch, he could take a punch, everything. A whitetail has everything, too. They have intelligence, the ability to avoid humans, the ability to take a hit. The whitetail is still the king as far as I’m concerned. They’re the top animal out there if you’re looking for a challenge. Of course, I’m talking about mature whitetails.

ON: What do you see as the biggest obstacle facing archers today?

Wells: The biggest issue bowhunters have is access to property. Some places you have lots of public land. If you go out West, there is a lot of public land but that’s getting crowded. Private land is becoming more and more valuable as a recreational destination, so people save it for themselves or they lease it.

It’s just getting so difficult for the average guy who doesn’t own property to go out and find a place to hunt. I know in North Dakota, for instance, if a guy wants to take his two young boys out pheasant hunting, it’s to the point he’ll drive around all day and look at “posted” signs. Eventually guys just sell their guns and buy golf clubs.

A lot of these programs that are out there like North Dakota’s PLOTS Program and South Dakota’s walk-in program are extremely valuable because they use hunter dollars to gain access. Anything a state can do to increase access to private land is going to help the hunting community.

These game and fish departments, sometimes they forget that their wages are paid by hunters and anglers. If you allow that base to decline, you’re not going to have a job anymore, either. Hunters and anglers are paying their way, especially with the excise taxes on equipment. These game and fish departments better find out really quick that without hunters, they’re going away.

ON: How have crossbows affected the archery industry?

The impact is undeniable. In a number of states, the crossbow harvest has exceeded the vertical bow harvest. I don’t think a lot of people saw that happening.

So it’s having an impact on the resource.

It’s also having an effect on the archery industry in some ways. For example, if you make arrow rests or bow sights, you’re probably not too fond of crossbows. It’s changed the industry that way. There are a lot of people using them, and they’re legal, but I’m a vertical bow guy. 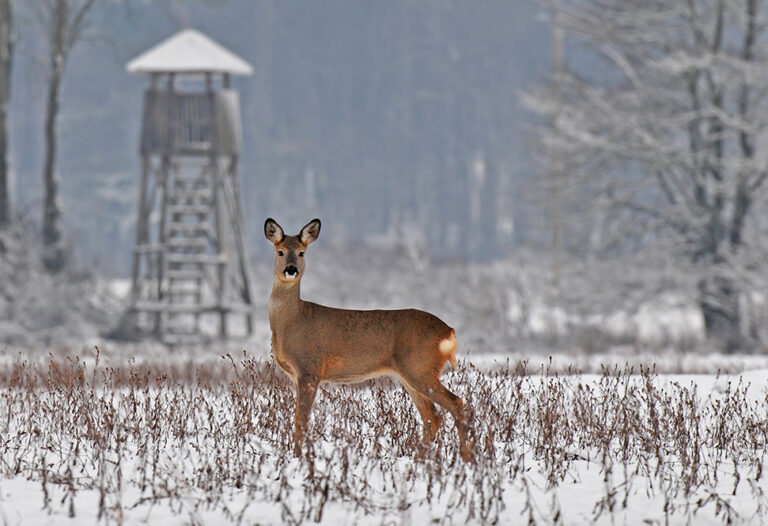 The debate over the new-versus-old start for the Pennsylvania deer season is now in the Capitol, with State Rep. Brian