All year, I gather new books in anticipation of writing this review. And then I cram reading them into one or two weeks in order to offer my take on a new crop of reading material. Some folks have said books are dead, but judging from those on this list, outdoor books of every type are doing just fine, thank you. Here are some of those that found their way to me this year.

Now into his fourth decade of hunting whitetails and his third of writing about them, Outdoor News contributor Joe Shead has learned a few things and lived through enough oddball moments to spin out a good story. Some hunters, and a fair number of outdoor writers, embroider their stories. Shead doesn’t have to. With him, WYSIWYG. And what you get in his new book, Buck Tales: Stories from the Deer Stand, is a collection of well-told tales, a few tears, a lot of laughs, and plenty of down-to-earth wisdom gleaned from his adventures, successes, and mistakes afield. Many of these stories first appeared in the pages of Outdoor News, Deer & Deer Hunting, and other publications. Some are in print for the first time. Laugh with Joe and his buddy, Opie, as they blunder through one hunt after another. “How have we lived this long when we’re this dumb?” they wonder. Share the highs and lows of his girlfriend Amanda’s first successful deer season that ends with the mixed emotions she feels after killing her first buck. And scratch your head at the miracles that help Shead survive his Alaska moose hunt, when he runs out of food and spends several unplanned days dragging a canoe loaded with all his gear and a moose over logs and gravel bars, then can’t find the bike he stashed at the takeout. If you can tell a better story, you need to write a book. Either way, you’ll love this one. Buck Tales: Stories from the Deer Stand, by Joe Shead, Shed Antler Press, 204 pages, softcover, $18.95.

By any measure, Richard P. Smith is the dean of Michigan outdoor writers. His work has won numerous awards. His stories have appeared in Michigan Outdoor News and other publications for many years. His 30th book is the eighth in his popular Great Michigan Deer Tales series. The stories tell how hunters bagged some of the state’s biggest whitetails. It also offers how-to advice from hunters like Corey Memoring, whose scouting and persistence paid off when he arrowed a 24-point nontypical as it was mounting a doe; habitat expert Tony LaPratt, who has shot a trophy on the same 52-acre parcel 36 years in a row; and 90-year-old Delor Wellman, who has killed a buck in the U.P.’s Delta County for 70 straight years. Great Michigan Deer Tales Book 8: Stories Behind Michigan’s Biggest Bucks, by Richard P. Smith, Smith Publications, 128 pages, softcover, $13.95.

Tom Stecker comes from a long line of hunters, most of them waterfowlers. His grandfather, Ed “Pappy” Stecker, festooned with a weighty string of ducks and other game, graces the cover of Stecker’s latest book, Marsh Mud in Our Veins: Stories of the Pincherry Duck Hunters. Stecker shares his memories of duck and goose hunts with his extended family and friends, the Pincherry Gang. We witness his initiation in the sport and the love and patience of his father and uncles as they mentor a younger generation in the skills required to become a competent waterfowler. He shares his passion for every facet of the hunt and the dogs that are an integral part of them. We meet old-timers, new hunters, a grumpy federal warden, and nimrods from true sportsmen to slobs, as Stecker takes us slogging through Wisconsin’s finest marshes – Poygan, Horicon, Theresa, Eldorado – and eventually to the waterfowling paradise of Manitoba. It’s an entertaining look at one gang’s adventures over the past half-century of waterfowling, through drought years and bonanzas, as they navigate the evolution of regulations that befuddled some hunters and chased others from the sport. Marsh Mud in Our Veins: Stories of the Pincherry Duck Hunters, by Tom Stecker, 188 pages, softcover, $20. 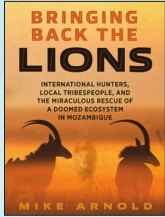 Mike Arnold is a distinguished research professor of genetics at the University of Georgia.

He also is a lifelong hunter and a advocate of the North American model of wildlife management, in which hunters foot the bulk of the cost of conservation. His latest book, Bringing Back the Lions, documents the development of a hunting concession in Mozambique. The subtitle sums it up nicely: International Hunters, Local Tribespeople, and the Miraculous Rescue of a Doomed Ecosystem in Mozambique. Lions are perhaps the highest profile wildlife species saved from extirpation there. Many others have been rescued as well, including a variety of antelopes, elephants, monkeys and spotted cats – leopards and cheetahs.

Nearly eliminated over a vast region, these species and more have rebounded where former poachers have been converted to game protectors, trackers, and guides. The key was providing jobs and food for local tribesmen so they would no longer need to poach game to survive. Most hunters understand the role hunting plays in wildlife management, but many non-hunters do not. Carlos Faria witnessed firsthand the devastation of 15 years of civil war on the people, wildlife, and landscape of Mozambique. In the 30 years since then he and his partner, Mark Haldane, have proved that hunting safaris bring in more money, help more locals, and do less environmental damage than does photo-tourism. “In wild Africa – just as in North America, South America, Europe, and Asia – you encounter wild animals only where they are more valuable alive than as food.” It’s an inspirational story, as this hunting concession has spawned several more.

Byron Ferguson is a showman and a regular at hunting expos nationwide. His revised Become the Arrow: The Art of Modern Barebow Shooting, is a must-read for any archer, especially one new to the sport of target shooting or bowhunting. Ferguson dislikes the title “trick shooter,” preferring to call himself an exhibition shooter instead. “There’s no trick to shooting and there are no tricks in what I do,” he told me in a radio interview. His visualization technique is to “become the arrow.” “Your arrow,” he writes, “is the only bridge between you and the target, the only thing that contacts the target. It is the only projection of yourself, of your concentration, of your focus.” Ferguson shoots a lot of targets in his shows, but he has also shot more than 300 whitetails with a bow. In this revised second edition, Ferguson shares numerous tips that will make you a better shot and a better hunter. Become the Arrow: 2nd Edition, by Byron Ferguson, Target Communications Outdoor Books, 142 pages, softcover, $14.95. 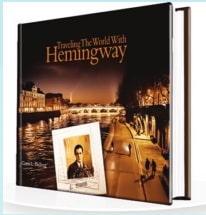 Here’s one about hunting for lost treasure. If you’ve ever used a metal detector to look for coins or Civil War bullets or dredged up someone’s lost rod and reel while jigging for walleyes, you know the appeal of treasure hunting. European history goes back a long, long way, so a treasure hunter there might find medieval swords, Roman coins, and who knows what else. Malcolm Russell’s Mudlark’d: Hidden Histories from the River Thames combines insights from 200 rare finds with dozens of photos and historic illustrations to reveal shards of evidence about the lives of centuries of inhabitants and travelers along London’s great river. “Mudlark” was the name given to impoverished youngsters of the Victorian era who combed the muddy “foreshore” of the Thames at low tide for anything they could sell to help feed their families. Russell tells us how he got into mudlarking, shares treasures the mud has revealed, and even offers a guide to anyone who wants to try it. All you need is a permit from the London Port Authority, waterproof boots, and a trowel. A sense of adventure also helps. Mudlark’d: Hidden Histories from the River Thames, by Malcolm Russell, Princeton University Press, 224 pages, hardcover, $35.

Paul Radomski has written an excellent new book about what most readers of this publication consider North America’s most edible sportfish. Entitled Walleye: A Beautiful Fish of the Dark, the book looks at the species from almost every angle, with something to say to the curious naturalist, committed ecologist, and avid fishing enthusiast.

In between, fisheries biologist Radomski discusses the principles and pitfalls of managing this predator fish of the twilight and shares his informed perspective on issues like stocking. Finally, he explores three of the region’s best walleye lakes: Red Lake and Mille Lacs in Minnesota, and Winnebago in Wisconsin. Among the 34,000 species of fish, few have the walleye’s following, especially in this part of the world. If you want to become a student of this sportfish, check out Radomski’s remarkable tome. Walleye: A Beautiful Fish of the Dark, by Paul J. Radomski, University of Minnesota Press, 335 pages, softcover, $24.95.

Monica the Muskie, a Midwest Independent Publishers Association Midwest Book Awards winner, is a kids book and the story of a family fishing outing told from the point of view of Monica, a trophy muskie. Kids learn about muskie behavior, lure and tackle options, and techniques for boating and releasing a trophy. Fanciful illustrations by Kari Vick enhance the mystery of an exciting encounter with a freshwater monster. Monica the Muskie, by Bob Allen, Beaver’s Pond Press, 34 pages, hardcover, $17.95. 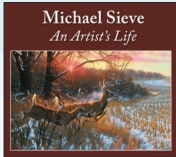 I first read The Old Man and the Sea in high school and, like many fans, spent some time in the U.P. hunting Papa’s trout and the real Big Two-Hearted. Curtis DeBerg kicks fandom up several notches in Traveling the World with Hemingway, a new gem from Tom Pero and Wild River Press. Part travelogue, part biography, part memoir, and 100% collectible, the book takes readers on an odyssey from Chicago to Italy, Paris, Spain, Key West, Havana, Montana, and finally Idaho, where Hemingway’s story and life ended abruptly with his suicide July 2, 1961.

The book is richly illustrated with historic and contemporary photos that pull back the curtain on Hemingway’s life, loves, addictions, hangouts, and passions in a way that no biography of mere words can accomplish. I was a student in Paris when the posthumous A Moveable Feast was published. Friends and I read it in translation (Paris Est Une Fete), walked the Quai D’Orsay, and hung out at Les Deux Magots in our own attempt to soak up some of what America’s greatest writer experienced abroad. DeBerg pulls it all together in a hefty tome that true fans will find a must addition. Traveling the World with Hemingway, by Curtis DeBerg, PhD, Wild River Press, 223 pages, hardcover, $75. 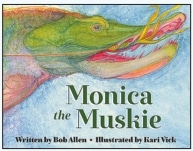 If you’ve attended a fundraising banquet for DU, TU, PF, or any other conservation group in the past 30 years, odds are good you’ve seen Michael Sieve’s work. You may have even bought a print or two. Sieve has painted more than 500 original works, 150 of them reproduced as limited-edition prints. His work is found in museums worldwide, and reproductions have appeared in many outdoor publications. His new book, An Artist’s Life, features more than 280 of his paintings, along with the backstory on how he came to paint them. Join the artist as he shares his deep commitment to conservation on adventure-filled travels across North and Central America, Africa, and Asia, and savor a vast portfolio of lions, tigers, bears, and, of course, whitetails. Fellow artist Jim Hautman, a six-time federal duck stamp winner, said, “Mike’s style is instantly recognizable. An Artist’s Life, by Michael Sieve, Sporting Classics Books, hardcover, $85.