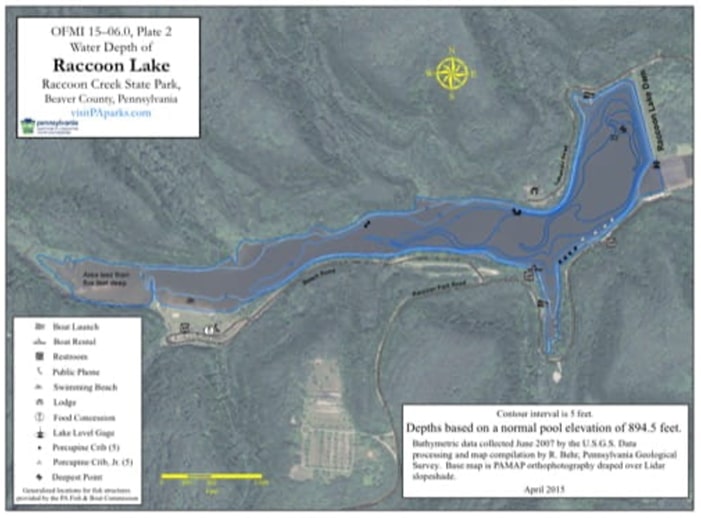 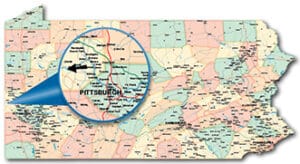 You wouldn’t know it now – the city has transformed itself in unimaginable ways – but Pittsburgh was once among the foulest places you could ever call home. It’s thriving steel mills offered riches, if only for a select few, but at a terrible cost.

How bad was it? The air was so dirty, so thick and black with smoke and smog and grime, that the city had to keep its street lights on at all hours of the day just so people could see to get around.

“Hell with the lid taken off,” that’s how one visitor described Pittsburgh during a visit in 1868.

Yet that pollution – together with a hearty dose of economic devastation – gave birth to some of southwestern Pennsylvania’s best modern-day trout fishing. That’s at Raccoon Creek State Park.

Located roughly 25 miles west of downtown Pittsburgh in Beaver County, the park came into being in the 1930s. The National Park Service – this in the Civilian Conservation Corps era – built the park as one of five Recreation Demonstration Areas in the state.

Its purpose was to provide an outlet for outdoor activity for people living in and around the city.

It achieved that then. It continues to do so now.

Raccoon Creek, one of the largest state parks in Pennsylvania at nearly 7,600 acres, is also one of its busiest. Some people visit the park to visit its wildflower reserve, others to hike, still more to backpack, picnic or swim.

Many also come to the park to fish, and it’s no wonder why. Raccoon Creek offers plenty of opportunity, in two ways. There’s lake fishing and creek fishing.

First there’s Raccoon Lake. It is, at 101 acres, a focal point of the park. The Pennsylvania Fish & Boat Commission treats it as such, stocking it heavily four times each year, primarily with rainbow trout.

One of those typically takes place in March. That was scheduled to take place on March 31 this year. That release of fish is special in two ways.

First, it allows anglers an early chance at fishing. Raccoon Creek is managed as a stocked trout water open to year-round fishing. All trout caught between Feb. 21 and opening day must be released; harvest is permitted only after the opener.

Second, that first stocking stands out because that’s the one time the Fish & Boat Commission releases golden rainbows into the lake.

The lake is scheduled to get stocked again this year twice in April, on April 9 and 29, in anticipation of nice crowds of fishermen. It will get trout one last time on Oct. 4.

There’s plenty of shore access for those who like to fish with their feet on the ground. The best of it is the easy walking path that stretches between the Raccoon Park Road boat launch and the beach area. There’s an accessible pier near the beach, too.

There are also places to fish from shore across the cove from the boat launch and elsewhere.

Opportunities to fish from a boat are plentiful, too. Unpowered crafts – canoes, kayaks and cartoppers – are permitted, as are boats with electric motors. In addition to the launch along Raccoon Park Road, there’s another near the dam.

A limited number of mooring spaces are available in the park, and while you can’t expect to get one if you haven’t already by now, that’s something to consider going forward if this becomes a go-to spot.

In the meantime, those who don’t have a boat of their own can rent one. A concessionaire rents everything from rowboats to canoes and kayaks, typically starting on opening day of trout season.

Generally, the trout are as cooperative here as anywhere else, at least. This is considered a suburban water, so its gets plenty of trout.

Even when they’re not biting, though, Raccoon Lake holds some decent panfish – bluegills and white crappies, mostly – with some of them reaching good sizes. They can provide some action.

When it comes to fishing for trout in moving water, Traverse Creek flows through Raccoon Creek State Park and it gets stocked in two areas.

One section starts at the outflow of what was once known as the Upper Pond (or Group Camping Lake) – set to be permanently drawn down and restored as a flood plain – and continues down to where Traverse Creek enters Raccoon Lake.

The park’s main road parallels the creek in spots here, as do a couple of hiking trails, so access is pretty good.

If you’ve got kids, take note that a small section of creek located behind the park office in this area is set aside for youth anglers 12 and under. It’s a bustling place on opening day in particular, but in a good way.

The other stocked section of Traverse Creek starts just below Raccoon Lake’s dam and goes to the mouth of the creek, where it flows into Raccoon Creek just on the eastern side of Route 30. There are no official trails in this area, just ones made by bushwhacking anglers, but it’s not necessarily hard to fish either.

In fact, you’ll likely have company, at least on opening day. Raccoon Creek State Park was built from Day One to be a playground very near a population center, and it continues to be that.

But the trout fishing is good enough to make dealing with some fellow anglers worthwhile. And you can even breathe the air while doing it.

WHAT YOU SHOULD KNOW: Raccoon Creek State Park, at almost 7,600 acres, is one of the largest state parks in Pennsylvania.

Unpowered boats and those with electric motors are permitted.

Raccoon Cfreek is managed as a stocked trout water open to year-round fishing.

A concessionaire rents everything from rowboats to canoes to kayaks.