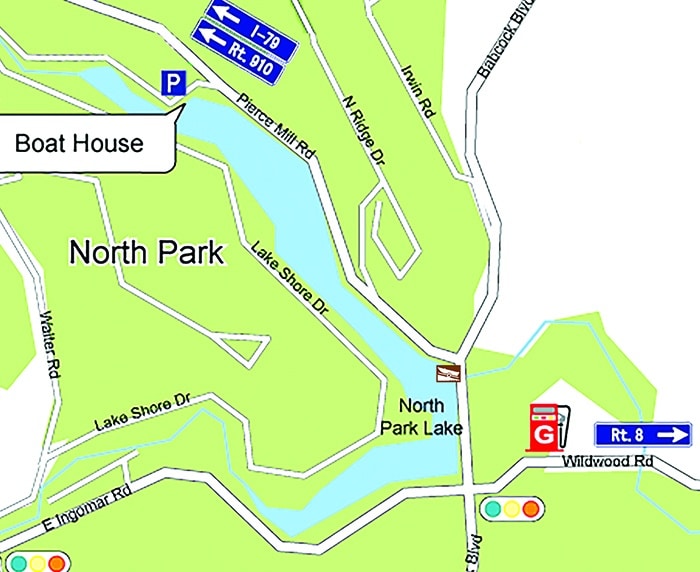 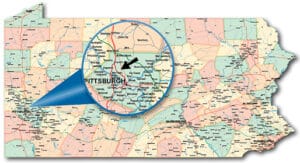 North Park Lake is a popular suburban impoundment in Allegheny County that covers 75 acres. It’s the centerpiece of North Park, a county park that is comprised of 3,075 acres. North Park is the biggest park in the county.

The lake has a tremendous catfish population. At this fishery, targeting catfish at night can result in nonstop action along with a thrill from an occasional bruiser. As for the time of year, successful outings can consistently occur from the late spring to the early fall.

Channel catfish and bullhead catfish inhabit the lake. Channel cats are abundant and can have a strong impact on a fishing excursion, but bullheads are clearly more prevalent. Nevertheless, one memorable night last September, I easily caught more channels than bullheads.

Lots of activity from bullheads between 9 and 11 inches can be expected. Specimens over 11 inches are rare, but definitely turn up. Personally, I consider a bullhead a panfish. So to me, a 9-incher is a respectable fish.

Most of the channel cats that get hooked typically range from 11 to 20 inches long. However, last year I tied into three monsters. One broke my line after a long, riveting battle, and I landed two that were around the 26-inch mark.

Bullheads and channels can be caught throughout the day, but both species are chiefly nocturnal and extremely vulnerable at night.

As soon as it gets dark or shortly after, a feeding frenzy can often be experienced at North Park Lake. I try to arrive an hour before dark to prepare and be ready for this common, predictable occurrence.

Plus, getting settled into a spot is much easier when it is light. As the day dwindles and nighttime gets closer, the action can be decent.

An abundance of spacious, well-established bank spots border the lake that are perfect for fishing in the dark. In addition the park boasts three roomy concrete platforms where anglers can conveniently fish at night.

Each platform is a sturdy creation that extends out from land and forms a partial circle. They all feature a robust wall that has a very wide top; it can be thought of as a handy table. Each partial circle can easily accommodate six fishermen.

As darkness approaches, don’t expect to see many, if any, anglers preparing to target catfish. Even so, this suburban impoundment undeniably receives heavy pressure.

Along with being extremely vulnerable at night, bullheads and channel cats are very opportunistic feeders; many different baits can be effective.

A crayfish or a crayfish tail, two or three garden worms, a nightcrawler, numerous kernels of corn, cheese, a hot dog slice, pieces of chicken liver, one or two small shrimp, and a dead baitfish are all offerings that are sure to produce.

Chicken liver meat is a famous catfish bait and it definitely works well on the bullheads and channels in North Park Lake. The meat is soft, though, so I put four pieces on a single hook. If one or two pieces fly off during a cast, enough bait is left to attract a fish. Any bait that separates becomes beneficial chum.

For the lake’s catfish population, a size 4 baitholder is the perfect general purpose hook. It can be used to successfully catch a 6-inch bullhead as well as a channel cat that exceeds 24 inches.

The shank of a baitholder hook features multiple barbs that can come in handy for securing a catfish bait.

Bullheads and channels are primarily bottom dwellers, so bottom fishing is a major component of my outings. I always start by using two rods. For each rod, I employ a very modest rig that consists of a single hook and two or three small split shots.

During a period when the action is delightfully hectic, I cut back and use one rod. Trying to keep up with two rods during a feeding frenzy can be counterproductive.

Bullhead bites are generally mellow. The line gradually going slack, an indicator bouncing between two eyelets and a quivering rod tip are all classic signs of an interested bullhead.

Channel cat bites are usually more exciting. Without warning, a channel cat can put a deep bend in a rod and send it sailing. Because of the lake’s channel cat population, a rod should always be closely watched, held or put in a rod holder.

North Park Lake is super accessible. The lake is no more than a three-minute walk from 11 official parking sites.

East Ingomar Road, Babcock Boulevard, Pearce Mill Road, Lake Shore Drive and Tennis Court Road all closely border the lake. As a new visitor to the park, driving along these roads is an easy way to get generally familiar with the lake.

Before planning a catfish outing at North Park, keep in mind that the park closes at midnight. Personally, packing up at 11:30 p.m. gives me plenty of time to leave the park by midnight.

North Park Lake is located in northern Allegheny County.  state Route 8, state Route 910 and McKnight Road/US-19TRK are major arteries that are also located in the northern part of the county.

The lake is less than a four-mile drive from each of these highways.

SIZE: North Park Lake is 75 acres in size. At 3,075 acres, North Park is the biggest park in Allegheny County.

SPECIES: Channel catfish and bullhead catfish are the catfish species that inhabit the lake. Of the two species of catfish, bullheads are more prevalent in the lake.

WHAT YOU SHOULD KNOW: The park closes at midnight. North Park receives heavy fishing pressure, but don’t expect to see many anglers preparing to target cats as darkness approaches. The lake is super accessible. As soon as it gets dark or shortly after, a feeding frenzy often can be experienced. Nice, spacious spots to fish from are abundant.

GETTING THERE: The lake is less than a four-mile drive from state Route 8, Route 910 and US-19TRK.