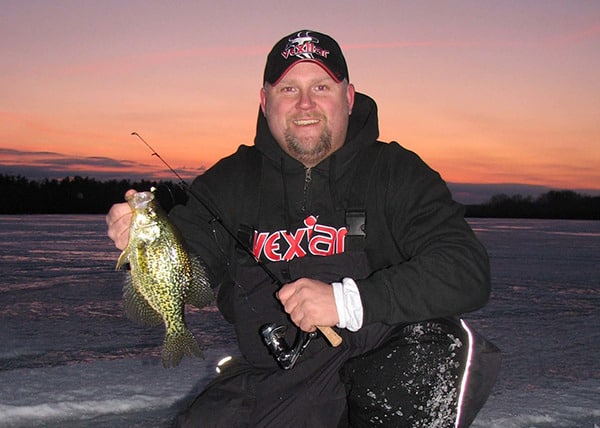 When I first started watching “Grumpy Old Men” I was way younger than the guys on screen.

The movie came out in 1993 and Walter Matthau and Jack Lemmon portrayed single dudes in their late 60s or early 70s.  Anyway, they were retirement age.

Now I’ve reached the Grumpy’s stage of life I find the movie hits closer to home, and I wish Ann-Margret would move into my rural neighborhood.

What hasn’t changed in those years of Grumpy watching (once every ice season) is my appreciation of “the Green Hornet.”

Say what, the Green Hornet?

For those ignorant of the movie, the Green Hornet was Matthau’s ice rod, shaped and painted like a green head duck, a mallard. And it was lost when Walter placed it on top of a box or something – because he was dead sticking – and a big fish took it down under.

Matthau was broken hearted, then Lemmon found the rod and in an angry fit snapped it in two. The plot thickened.

Nevertheless the loss of the Green Hornet sitting there in the shanty on a box or bucket still reminds when I’m on Lake Wallenpaupack of the highly effaceable technique of “dead sticking.”

On its prime level, dead-sticking is simply putting the rod down somewhere – that proverbial bucket or box – and not moving the rod, line or lure until a fish comes along, strikes and tries to swim away with your gear.

Most of the time you acquire a nice hook-up and reel in the fish, then again, if you ever lost a rod dead-sticking, you aren’t the only one.

Ice anglers trying to play it safe somehow wedge the rod so it can’t be pulled away, but those who live dangerously leave it lying unsecured or, worse, lay it down beside the ice hole where a strong bluegill and a gentle breeze sometimes results in a deep-six.

Tactically, dead-sticking is to ice fishing what still-hunting is to pursuing deer. The more lifeless you can stand or sit, the more successful you’ll be.

As to the when, I find dead-sticking on Wallenpaupack highly effective for bluegills, pumpkinseeds and crappies in the shank of winter, like now. This is when a lure that’s standing still – underwater of course – or only lightly active, produces the best.

For particulars, dead-sticking usually includes the use of live bait. You don’t get very far dead-sticking a soft plastic, which requires motion to be attractive. It’s the bait that adds real attraction.

Useful baits for dead-sticking includes any number of larva bait, waxworms, spikes, mousies, or fathead minnows or shiners. Technically you could argue that using a lively minnow is not dead-sticking because those baits really move around.

I’ll agree with that. But for the effectiveness of it, you should try dead-sticking a 2-inch fathead minnow for trout and crappies and you won’t care what it’s called. The tactic can be that good.

When dead-sticking a waxworm you may have a micro-plastic beneath the live bait, but in this instance it’s really there for contrast and color, two very important aspects in ice fishing.

No doubt dead-sticking takes extreme patience, particularly if you are hovering over the rod. I’ll stand over my bucket and stare like a gargoyle at the stationary rod a few feet from my swift hand.

I don’t want that lure to have the slightest quiver – which technically isn’t possible – but I still want it deadish-still. The only way to be doing this is to not to touch the rod at all.

It just sits on the bucket waiting for the spring bobber to shimmy – a spring bobber rod is my favorite to use dead-sticking, it seems to set the hook itself.

For positioning, I like to lay the jigging stick down on the soft top of an ice bucket then pull the wire handle over the butt of the rod and pin down the reel. With the rod tip extended well over the hole, a fish will make the tip dance wildly.

If the rod tip is not a spring bobber or a bright color, I’ll sometimes wrap red electrical tape over the tip for visibility.

Jigs with a larva bait are good for dead-sticking and I’ve certainly caught my share of ice-panfish with this method, but my favorite dead-sticking lures are chain spoons and glider plugs.

Specifically the slender chain spoon acts as an attractor like a dodger on a trolled line. Underwater camera work has revealed that chain spoons don’t remain completely lifeless, they tend to spin and flash, affected by the current and the close passage of fish.

Even a gentle breeze will affect the rod tip and the lure below, so there might be no such thing as total dead-sticking.

Though situated horizontally in the water column, glider plugs like the Acme Hyper Glide on a loop knot will also spin very gently. It’s not a thing to be discouraged.

When selecting an ice jig for dead-sticking, look to the position of the hook-eye. If is too far forward or backwards on the jig body, the jig will not lie horizontally.

Also, if the hook-eye is in mid-dorsal, make sure the knot is always situated in the middle and not too far forward or back.

Now if only Ann-Margret would show up while I’m ice fishing.