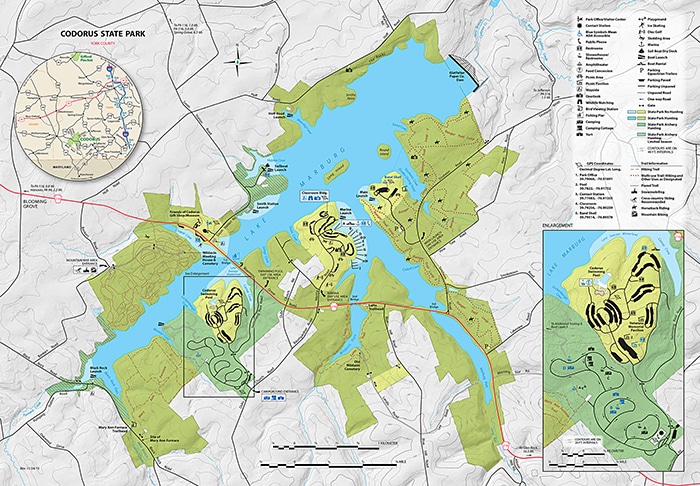 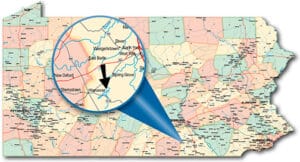 Wisconsin, Minnesota, Michigan, those are the places where muskies grow exceptionally large and do it naturally.

Southcentral Pennsylvania? Not so much.

But that doesn’t mean the fish aren’t there waiting to be caught, at least in places. Lake Marburg is proof of that.

At 1,275 acres, it’s the centerpiece of Codorus State Park in York County. It draws sailboaters to swimmers and seemingly everyone in between on busy weekends. That includes fishermen.

That’s no surprise. Lake Marburg is a prime destination for a variety of species, muskies and the occasional tiger muskie chief among them.

The fish are not native here, though their cousin the northern pike is. The lake is home to a small, yet self-sustaining, population of northerns, one that routinely produces fish in the 30-inch class.

By comparison, Lake Marburg’s muskies come from stocking. The Pennsylvania Fish & Boat Commission began stocking the lake with purebred muskies on an every-other-year basis in 1996. That effort continues today.

As a bonus, the lake got tiger muskie fingerlings each year from 2001 through 2015, too.

The result has been some really nice fishing opportunities.

Tiger muskies are pretty rare. Those stockings never amounted to much and were discontinued.

But Fish & Boat Commission surveys – the last done just a few springs back – show purebred muskies are surviving at a rate five times higher necessary to qualify the lake as a muskie destination water.

Some of those fish are exceptionally large, too. That most recent survey revealed fish stretching 50 inches and tipping the scales at 37 pounds.

It’s no wonder then that the Fish & Boat Commission ranks Lake Marburg as one of the “best fishing waters” in the state for muskies.

There are other fish to be caught in Lake Marburg, though.

Namely, the Fish & Boat Commission stocks it with two other species, walleyes and channel catfish. Both are doing pretty well, by all accounts.

The commission’s history with stocking walleyes in the lake goes all the way back to 1976. The commission put fry in at times, fingerlings at others, and even skipped a few years in the past couple because the fish were skinny looking, something that suggested an overpopulation.

But not all of the fish are small. Walleyes up to 26 inches are not unheard of, and plenty of legal fish are there to be caught. Indeed, some surveys of Lake Marburg produced the highest catch rate for walleyes of any water in this region of the state.

The lake’s channel catfish hasn’t hit that level yet, though quality fish are present. Channel cats up to 30 inches are reported every year.

To make nice catches still more common, the commission, in addition to stocking fish, has in recent years installed channel catfish spawning boxes through the lake. That’s an attempt to boost natural reproduction of the fish.

For now, some of the best fishing is around those spawning boxes – namely, along the edges of the lake. Relatively fee channel cats come from the main body of Lake Marburg; most are caught in places known as Canoe Cove, Langs Cove, Black Rock Flats, Wildasin Flats and Marburg Flats.

Lake Marburg also holds some nice bluegills – though opposite the channel cats, the best quality fish usually come from the main lake – and quality white and black crappies, with some of the latter fish occasionally reaching 16 inches. And of course largemouth bass are plentiful.

Lake Marburg offers 26 miles of shoreline, so anglers fishing from the bank have lots of options. Boaters can get on the water at any one of several launches, and motors with up to 20 horsepower are allowed. There’s even a boat rental.

SIZE: Lake Marburg is the centerpiece of the state park and is 1,275 acres.

WHAT YOU SHOULD KNOW: In an attempt to boost natural reproduction of fish, the agency has installed channel catfish spawning boxes through the lake.

Lake Marburg has 26 miles of shoreline.

All hunting in the park, for deer and other species, is limited to shotguns, muzzleloaders and archery gear.