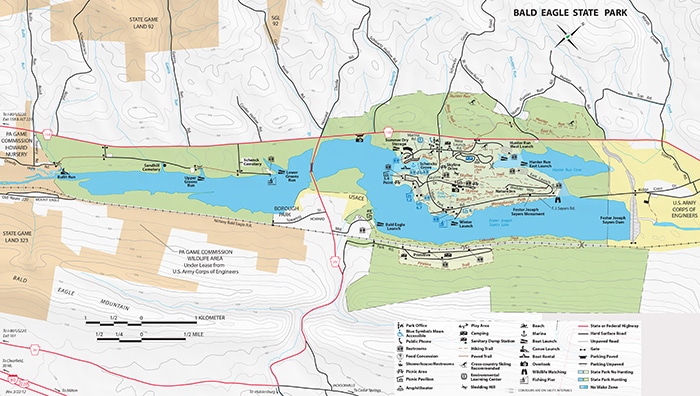 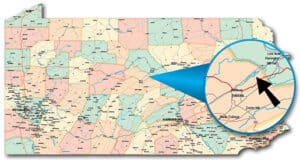 That’s the potential at Sayers Lake.

Encompassing 1,740 acres in Bald Eagle State Park in Centre County, 15 miles or so northeast of State College, the lake is officially known as Foster Joseph Sayers Reservoir. Its primary focus is to serve as a flood control dam, so water levels are controlled by the U.S. Army Corps of Engineers.

But as far as anglers are concerned, there’s really only one thing to know. Sayers Lake is packed with fish, and panfish in particular.

The Pennsylvania Fish & Boat Commission maintains a list of “best fishing waters” broken down by species. It’s designed to tell anglers where they can go and have a better than average expectation of getting into lots of fish of a certain kind, and lots of nice fish.

Rivers, streams and lakes all over the state populate the list. Many appear on the list just in regards to one species or another, however. One water might be really good for largemouth bass, perhaps, but not so outstanding for anything else.

It appears on the list of “best fishing waters” not once, not twice, not three times, but four times. It’s among the state’s best larger reservoirs (500 acres and bigger) for crappies, bluegills and pumpkinseeds, bullhead catfish and channel catfish.

That’s also no secret. Further evidence of the quality angling at Sayers Lake lies in its crowds. It’s a very popular fishery, both during the open water season and once ice forms. A little more than 600 acres of the lake are fishable then.

Perhaps the most popular species in the lake is black crappies. And it’s no wonder why.

Fish & Boat Commission biologists survey the lake on a pretty regular basis. They’ve hit it six times since 2002, most recently in 2018.

The crappie population always stands out. They’re the most common species in the lake. And common they are.

In May of 2011, for example, biologists using trap nets collected and measured 1,803 black crappies and 83 white crappies. That total was, they said then, “the highest ever recorded at the lake.”

Then they went back in 2016 and caught 2,779 black crappies and 55 white crappies. That total was – you guessed it – “the highest recorded at the lake.”

Surveying in 2018 didn’t bring a new record. But that’s hardly to say the fish all disappeared. Biologists recorded another massive haul, with 1,917 black crappies and 18 whites.

If there’s a downside to that, it’s that anglers take a lot of fish home. And so crappies in particular don’t always survive long enough to get real big.

Biologists routinely handle some up to 15 inches long, and anglers do the same. But surveys show that the majority or crappies fall short of 10 inches.

Some special regulations in place on the lake are intended to change things for the better, though.

Since about 2017, the commission has managed Sayers Lake with a rule saying anglers can keep just 10 crappies – blacks and whites combined – per day. No more than five of those can exceed 9 inches in length.

The hope is that the rule will lead to more fit-for-the-table-sized crappies overall.

In the meantime, of course, there are lots of other fish to target at Sayers Lake. Its other panfish – think pumpkinseeds and bluegills – are also plentiful.

Those you find on the end of your line are almost as likely as not to be nice. Bluegills are more common than pumpkinseeds, by about a 2.5-to-1 margin, but plenty of fish of both kinds reach the 7- to 8-inch mark.

Those are, if not whoppers, respectable.

And panfish enhancement regulations limiting anglers to keeping sunfish only 7 inches or longer – and even then only 20 per day – are meant to boost the quality if that fishery even higher.

Sayers Lake holds some yellow perch, too. Numbers-wise, they’re about as common as pumpkinseeds. Size-wise, specimens up to 10 or 12 inches show up.

One other panfish species worth mentioning at Sayers Lake, especially if you’re introducing children or other relative newcomers to fishing, or looking for some tasty table fare, are its bullhead catfish.

Brown bullheads predominate, though the occasional yellow bullhead turns up, as well. Both reach nice sizes and are relatively easy to catch. Anglers catch bullheads up to 14 and 15 inches on nigthcrawlers, chicken livers, prepared catfish baits, even the occasional leftover picnic hotdog.

Targeting bullheads also allows for catches of channel catfish. Sayers Lake has plenty of them to go around. And they can get big, with numerous examples of fish approaching the 30-inch class.

Add it all up and there’s lots of good fishing available at Sayers Lake.

The park maintains five boat launches, with one – Hunter Run East Launch, located off East Launch Road – ADA accessible. All five launches are open 24 hours a day and have picnic tables, grills and restrooms (though the COVID situation may have some of those closed).

There’s also a marina on the lake. It has 369 dockage slips available for rent, sells gas, has a mechanic available to do some boat repairs, and offers boat and trailer storage. Daily park visitors can rent boats, too.

No matter how you get on the water, there’s no horsepower restriction on the lake.

Twenty-three miles of shoreline offer bank anglers plenty of opportunity. The Army Corps draws the lake down by about 5 feet each year in November in preparation for winter. It lowers the water level another 15 feet between mid-February and mid-March.

But it’s usually back to full pool by about mid-May, just in time for the crappie spawn and some of the hottest fishing of the year.

So consider a visit to Sayers Lake, so long as you’re willing not to be bored.

What you should know:  The lake is in Bald Eagle State Park, 15 miles or so northeast of State College.

The lake is officially known as Foster Joseph Sayers Reservoir.

Its main focus is to serve as a flood-control dam; water levels are controlled by the U.S. Army Corps of Engineers.

There’s a marina on the lake, with 369 dockage slips available for rent, sells gas and has a mechanic available for some boat repairs.

There is no horsepower limit on the lake.

There are five boat launches at Bald Eagle State Park.