When thinking of crappies, do not overlook Delaware 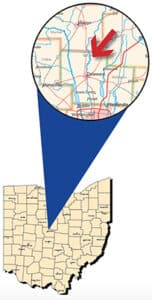 Delaware, Ohio — Fishing is just like any other worldly pursuit: Those who are successful know to strike when the iron is hot.

Hot would describe the here and now at 1,330-acre Delaware Lake just north of the city of the same name in central Ohio. It’s prime time for catches of both black and white crappies in what many anglers consider the top lake for slabs in the district.

There’s a special regulation on Delaware Lake that requires crappie keepers to be at least 9 inches and there’s a daily bag limit of 30 fish.

Right now, look for deep water to target the crappie bite. Traditional postspawn methods of minnows suspended under bobbers up against cattails, bullrushes, and brush will produce crappies.

“Crappie fishing holds up well all summer,” writes author Tom Cross in “Fishing Ohio.” “It simply becomes a matter of relocating to the deeper lake edges and structure after the spring spawn.”

During the spring, crappies can be found in the typical places: stick-ups, blowdowns, and the like in the lake’s many small coves.

“Good crappie fishing begins right after ice-out at Delaware Lake, and with seasonal adjustments one can be in crappies all year long,” Cross writes.

Delaware Lake is also a popular lake for bass fishermen, who regularly hold tournaments on the lake. A good spot to try is the shallow north end of the lake where water depths are between 4 and 6 feet. There’s plenty of brushy cover here for a largemouth to ambush their prey, and for anglers to catch them.

“Anglers pitch spinnerbaits and plastics right against the shoreline structures in the many bays, coves, and side channels on the north end,” Cross writes. “Later in the year, the same shoreline pattern continues but moves toward the deeper south end.”

Delaware is also a regular haunt for catfishers and now is a good time to tempt them with some fresh cut shad or chicken livers. Catfish average 12 to 16 inches.

“Some of the top spots (for catfish) is the Highway 229 bridge and the old bridge abutment at the end of Cole Road,” recommends Cross. “There is plenty of shoreline access from the old roads in the wildlife area that will place you right in catfish heaven.

“Of course, the night bite is usually the best, so bring your lantern,” he said.

Catfish here can reach up to 10 pounds.

White bass are also present, but in relatively small numbers. Average length of catches is from 8 to 13 inches. Most are caught incidentally by anglers searching for crappies, bass, or catfish. There are some small spring white bass runs on the Olentangy River and Whetstone Creek.

For boating anglers, there’s no horsepower limit on the lake. However, that also allows for plenty of recreational pressure during the summer months. Plan your fishing trip for weekdays or early in the morning on weekends.

There’s a fair amount of waterfowl hunting in the fall on Delaware Lake with blinds set up on several points on the lake, which borders the Delaware Wildlife Area. Alum Creek Lake and both the Scioto and Olentangy rivers are nearby. The lake flows into the Olentangy through an Army Corps of Engineers dam at the south end.

There are plenty of campsites at nearby Delaware State Park campgrounds, along with hiking trails and picnic facilities. There are several launch ramps, a boat rental, and dock space to serve the fishing and boating public.

Delaware Lake is adjacent to the aforementioned Delaware Wildlife Area, which provides upland bird, waterfowl, and deer hunting as well as some good shoreline access for fishing on the lake’s tailwaters. Otherwise, shore fishing opportunities are fairly limited in most places.

During typical winters, there’s a little bit of ice fishing on the lake with most anglers targeting the bountiful crappie population.

Delaware Lake was impounded in 1951 by the U.S. Army Corps of Engineers as a flood control project on the upper portion of the Olentangy River.

Depths in the lake range from as shallow as 6 feet on the north end to 15 to 20 feet from the marina south to the dam.

Delaware Lake has typical flooding in the spring, it being a relatively small lake in an overall larger watershed.

There’s a nifty little bait shop associated with this lake where you can purchase those minnows you’ll need to entice the crappies. Norton Sporting Goods is just off U.S. 23 in the crossroads of Norton. They sell all manner of live baits, firearms, bows, and much more. Norton Sporting Goods can be reached at (740) 726-2616, and they’re open seven days a week.

Also nearby is Alum Creek Lake and State Park, which is 3,387 acres of fishing, hunting, and recreation.

Yes, with all the snow we’ve received this winter, one might be tempted to feed hungry pheasants. But here’s why

When we arrived at a state wildlife management area, the adjacent fields were full of birds digging out feed from