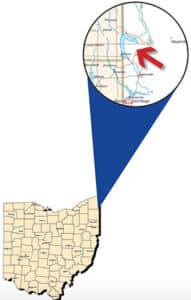 An impoundment so large that it sprawls over two states, Pymatuning Reservoir consumes up to 17,088 surface water acres.

Pymatuning is huge, so large, in fact, that back in World War II a Cleveland-based company used the reservoir’s lengthy south end to test the motor mechanisms for torpedoes.

Certainly not surprising, then, the reservoir is more than ample enough to lay claim to being capable of housing not just a wide variety of fish species but also an ample population of each kind of fish species.

Conceived in the early part of the last century, work began building Pymatuning in 1931 and was it completed in 1934 at a cost of $3.7 million.

Its purpose then as it is now is to help prevent flooding in a generally low-lying geological region on Pennsylvania’s side of the aisle.

But since Ohio land was required to build the lake, Pennsylvania needed Ohio’s cooperation along with that of the federal government.

Consequently, ever since Pymatuning was created the management of its fisheries has seen a two-parent partnership, jointly enjoyed by both Pennsylvania as well as Ohio.

Which has proven good for the two states’ anglers and the lake’s fishes, say fisheries experts from Pennsylvania and Ohio.

Presently those joint conclusions point toward a robust and diverse fishery, said Curt Wagner, fish management supervisor for the Ohio Division of Wildlife in Akron.

“Overall, (Pymatuning) is as good as its been in a long time,” Wagner said. “It just keeps getting better. It’s a really good fishery right now.”

Again, the joint effort demonstrates Pymatuning’s strengths as well as its weaknesses.

For instance, Wagner said Pennsylvania’s fisheries crews sampled the lake for muskies and found the population more robust than it’s been in decades. Pennsylvania stocks the lake every other year with muskie yearlings.

Famed throughout the region as a go-to walleye angling destination, Pymatuning’s anglers have seen a bumpy road getting there, the two states say.

In recent years, the walleye angling was not so good, though not from a lack of fish.

Rather, the lackluster angling catch rate was hobbled by an explosion of nonnative alewives and a whole host of other prey fish, Wagner said.

With so many prey fish to feast upon the reservoir’s walleyes had no need to chase down Hot N’ Tots and Rapalas being trolled nor worm harnesses being drifted.

“Our walleye assessments last fall with gill netting showed just great sizes, great numbers, and the body condition was good,” Wagner said. “They were essentially the fattest walleyes we had on record.”

To help the walleye fishery, the Ohio Division of Wildlife in 2008 switched from fry stocking to fingerlings.

The walleye bite as of late has been good, Wagner said.

“Everybody griped about Pymatuning last year because the fishing was hard,” he said. “We’re not discounting that but we also had the highest number of prey (fish) than we’ve seen in a decade or two … All of the prey species went absolutely gangbusters last year.”

There is a 15-inch minimum keeper requirement for walleyes with a six-fish daily bag limit.

“Bass, muskie, walleye, all of those sportfish, were just tripping over prey,” he said. “So, the catch rates were hard because fish didn’t really need to move (to find food).

“All of the fish we caught in our surveys were just throwing up prey,” Wagner said.

Northeast Ohio had a decent winter with some ice cover this past year, Wagner said, along with associated spring shad die-offs. That should help angling prospects this year.

Over the years, Pymatuning has produced more Fish Ohio yellow perch and walleyes than any other inland lake in the state, the Division of Wildlife has reported.

Likewise, crappies grow large here, too. Good natural recruitment means that neither Ohio nor Pennsylvania needs to stock Pymatuning with little crappies in order for them to grow up to frying-pan size. Indeed, the last time Ohio stocked Pymatuning with either brand of crappies were the World War II years of 1942 and 1943.

There is a 20-horsepower limitation on boat motors.

The regulation on crappies is a little different here due to the reciprocal agreement between Ohio and Pennsylvania. Anglers are allowed 20 crappies per day with a 9-inch minimum length limit.

The regulation on muskies is a minimum keeper size of 30 inches with two fish daily.

“We kind of had a low there (with muskies), but their numbers have really rebounded,” Wagner said.

“Walleye is still kind of the king out there,” Wagner said.

Shore angling opportunities are plentiful at many different spots around the lake.

The invasive plant hydrilla, unfortunately, has made its appearance at Pymatuning. To help prevent its spread, Wagner urges boaters to clean their vessels upon exiting the lake to keep from spreading the plant to other lakes.