A summer of significant fishing pressure 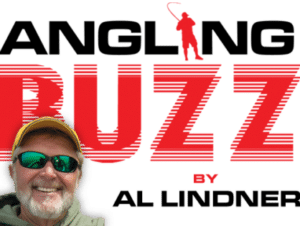 For years now, the fishing industry has been trying hard to grow participation. And we can point to bright spots like high school and college fishing teams that are literally creating the next group of hardcore anglers likely to buy licenses every year.

Then along comes the coronavirus that appears to have lured new people to fishing by the millions.

One ideal form of social distancing is to hop in the boat with your family and head out on the water, or spread out along shore and cast a line. It’s a message embraced across the country, and the American Sportfishing Association estimates about 8 million new anglers have been added, just so far in 2020, to the existing 50 million licensed anglers in the United States.

That’s great news, and if a high percentage of those new anglers keeps going, they will discover the many benefits of enjoying the outdoor experience. And by purchasing licenses and fishing gear they will financially support important work that sustains fish populations, water quality, and fish habitat.

All good things, yet we have to be mindful of how much additional pressure is being put on our fisheries, particularly during the hottest months of the year.

It was a beautiful day for fishing, and thank goodness both of those events were being conducted using catch-record-release, or catch-photograph-release formats. Every fish is measured and immediately released. If those fish had bounced around in livewells in warm surface water for hours, then weighed in, the delayed mortality would have been sky high.

Meanwhile, about 4 p.m., I drove over to a boat launch on North Long Lake near Brainerd to check out the bass bite. I pulled up to the access and there were no parking spots, and trailers were lined up out on the highway. An invasive species inspector was working the ramp and he looked tired. He had already checked 130 boats.

This was just one ramp at one midsize lake!

Many of today’s anglers are skilled enough to catch some of the biggest fish in the system, and the big ones are kept to weigh in at a traditional tournament. When you’re talking the entire country, there are a lot of tournaments. When you get into the summer season with warm waters, those fish get really stressed. Without good release practices, a lot of big fish can be taken out in a short period.

Let’s celebrate the bump in angler numbers, but also carefully handle fish we catch during the hottest part of summer.