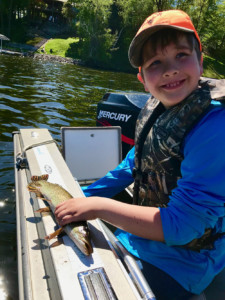 Regulations attempt to hold citizens to the same standard, but as times have shown, not all regulations work in every location across a jurisdiction. Parents know this because not everything that regulates the oldest child works for the youngest, and any in between.

Natural resource regulations long have been different depending on geography. Hunters are familiar with the permit areas for deer, bear, and wild turkey. Waterfowlers have different seasons north to south. Anglers have species-specific special regulations for various lakes and rivers.

Throw one more out there, however, and some people want to gripe. “Why did they go and change the pike regulations again?” a few people have asked me. No doubt this question has come up when the subject switches from politics to fishing. 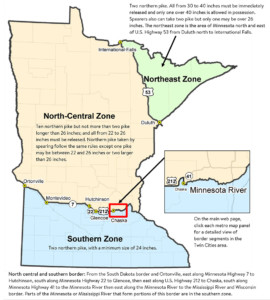 At first glance, the new pike regulations seem a bit complicated, but read through them and they’re actually pretty dang easy.

Every season before we go fishing, I have my kids read the fishing regulations so they know the rules. We always talk through the newest regulations, highlighted in the front of the book, so I get a refresher course, too.

We’ve followed those regulations quite easily on several outings so far this season. My son has become quite adept at measuring pike and deciding which ones we’ll keep and which ones go back. He thought we should release all pike over 26 inches, too, once we’ve taken a photograph.

So why require a special regulation on pike?

With too many small pike in a lake, mainly those shorter than 22 inches, they’ll ravage the perch population and stunt the panfish population. On stocked lakes, pike demonstrate a passion for devouring young walleye that would rival any hungry customer at a Friday fish fry.

At least that’s the case in most lakes across the state and the reason why most lakes fall into the “North Central Zone” of pike management. In this zone, anglers can keep 10 pike as long as only two are longer than 26 inches. Keep none between 22 and 26 inches. That means any pike under 22 inches is keepable, and they make excellent table fare.

In the “Northeast Zone,” most every pike caught will need to go back. All pike between 30 and 40 inches must be released, but one over 40 is allowed. If it’s less than 30 inches, anglers may keep two. The other variable would be one pike over 40 and one under 30 may be kept. Before keeping that 40-plus inch pike, however, consider getting a graphite replica.

In the “South Zone,” anglers are only allowed two pike so long as they are over 24 inches.

Pair these regulations together and it’s obvious that a one-species-fits-all approach to pike wasn’t the best plan for all those years. Southern Minnesota needs more pike of quality size. Northern Minnesota needs more pike in the optimal breeding size. The rest of the state is abundant with pike and the hammer-handles that people can keep and eat.