The Pennsylvania Game Commission has issued the dates for openings, and length of seasons, for early migratory bird hunting. Resident Canada geese, dove – along with certain shore bird species open for legal hunting – and the Early Youth Waterfowl day for ducks and geese, are posted and known.

For hunters across the state, now is a good time to prepare for these hunting season beginnings.

The first order of business would be the checking of guns and ammo. Shotguns that have sat by idly in the gun cabinet or closet since last winter should be inspected to make sure they are clean and operating properly. Also check ammo supplies and their conditions. And a few practice shots at clay targets aren’t a bad idea either, especially for new hunters and those with limited experience. Won’t hurt the “older guys” either.

Next would involve the checking of the hunting clothing. These early seasons are often warm and relatively humid days, and spending considerable time afield with heavy garments and out-of-season footwear will not only make an episode unpleasant, but possibly cut it short because of the disagreeable conditions. Again, thinking about new youth hunters, making their clothing and boots or shoes light and comfortable will help keep their interest longer.

Lastly would be the scouting of the game bird sought, and securing permission to hunt if the hunt will be undertaken on private land.

Mature geese are beginning to fly alongside their new young of the year, and with feeding areas still generally minimal because the farm fields of grain, beans and corn are still standing, scouting the birds now and for weeks to come, will help place them on the spots and sources they are visiting for nourishment when their season starts.

Likewise with doves. Watching route patterns to food supplies, water and roost will go a long way in providing some shooting opportunities when going afield.

Private land owners will often grant permission for these early season outings, but take nothing for granted and make certain you have permission to hunt on their property, even if it requires something in written form.

With the feeling of anxiousness building during August to once again be hunting, make preparations to be sure September is enjoyable. 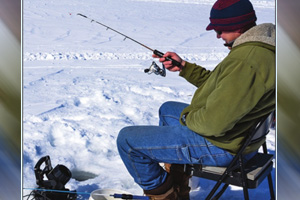