Bemidji, Minn. – Naturally, there were hunters who had their
‘worst duck season ever.’ Others likely had one of their best.
Overall, according to the DNR’s Steve Cordts, it appears the duck
hunt in Minnesota leaned more to the good this year for a number of
reasons, with conducive weather probably topping the list.

‘From everything I’ve seen and heard, it was better than it has
been in a few years,’ Cordts, a waterfowl specialist in Bemidji,
said of the 2006 duck hunt. ‘A lot of it had to do with the weather
in October.

‘The weather brought migrants here a lot earlier than we’ve seen
in a number of years,’ Cordts said.

A number of cold fronts in October served to deliver birds to
the state. November provided more moderate – but changing – weather
patterns.

‘In the southern part of the state, the (duck-hunting)
opportunity was pretty much season-long,’ Cordts said. ‘But it did
freeze and thaw three or four times.

‘(In the north) I thought we were looking at a 30-day season
(during the cold October) which is the way it sometimes is Š but
then it got mild,’ he said.

The duck-hunting season ended Nov. 28. In much of the state,
there still are goose-hunting opportunities.

Cordts said duck-hunting reports this year seemed particularly
satisfying, following years in which the harvest continued to
tumble – and hunters continued to grumble.

Duck harvest had fallen from an estimated 1 million less than a
decade ago, to about 532,000 last year (and just under 700,000 two
seasons ago). Cordts said last year’s harvest was the lowest since
the late 1980s and early ’90s when the season length was shortened
to 30 days. Breeding duck numbers in parts of Canada showed
improvement this spring, too.

In Minnesota, however, the number of breeding mallards this
spring was down about 30 percent from last year – likely due to a
lack of water; the count was 51 percent below the long-term
average.

‘I’d be surprised if the harvest this year was lower than last
year,’ Cordts said. He said the number of hunters this year was
similar to last season.

A couple bright spots this year, Cordts said, were ringnecks and
scaup.

Based on reports received from around the state, Cordts said he
expects to find that ringnecks comprised a greater proportion of
the harvest this year than the species has in the past.

‘One positive is that we did hear a few more reports of scaup
and saw a few more scaup this year, across the landscape,’ Cordts
said. ‘There seemed to be more scaup in the state this year, but I
don’t know what the reason is.’

Low water may have affected local breeding numbers this year,
and the drought conditions carried into the hunting season, causing
some problems at lake and pond access sites, Cordts said. There
also were more exposed mud flats.

But long-term, the lack of precipitation might be a good thing,
Cordts said.

‘We’ve been in a decade or more of high water,’ he said. ‘Big
water, especially, has been too deep (to encourage plant growth).
The drought doesn’t hurt things. Breeding numbers might go down,
but the forage – invertebrates and vegetation – improve, and that’s
a positive thing.’

‘We didn’t hear of any places that were really poor,’ he
said.

Did ducks avoid the dry Dakotas and instead slide over to
Minnesota? That was a theory some hunters and wildlife managers
advanced prior to this year’s duck hunt. Cordts said that may have
occurred – to a degree – but duck hunting still was pretty good in
North and South Dakota, and the drought in those states, though
quite severe, hasn’t lasted as long as the one that hit the state
in the late ’80s and ’90s.

‘It takes a few years of dry conditions to get those big,
semi-permanents (lakes) where they actually dry up,’ he said.

Don’t put away your 12 gauge and T shot just yet. Cordts said
parts of Minnesota should offer some fine late-season goose-hunting
opportunities. Most of that hunting will occur in the southern
portion of the state.

The December goose hunt in most of the state runs from Dec.
9-18. The daily bag limit is five geese; the possession limit is
10.

There is no December goose hunt in the West-Central Zone, but
Southeast Zone hunters get a December season, Dec. 15-24. The daily
limit is two birds; the possession limit is four.

To check out the zone boundaries, see Page 22 of the Minnesota
Waterfowl Hunting Regulations.

‘It’s looking pretty good,’ Cordts said of the late goose hunt.
‘The southern third of the state probably still has some good
opportunities.’

Open water is at a premium this time of year, but most
successful goose hunters will find the birds in harvested grain
fields.

‘If there’s some open water and not a ton of snow to cover up
the fields, there will be some geese around,’ Cordts said. 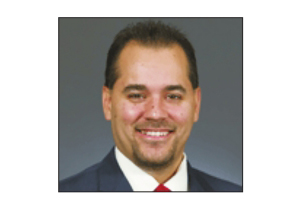