Tuning up your e-SCOUTING skills for 2023 hunting seasons 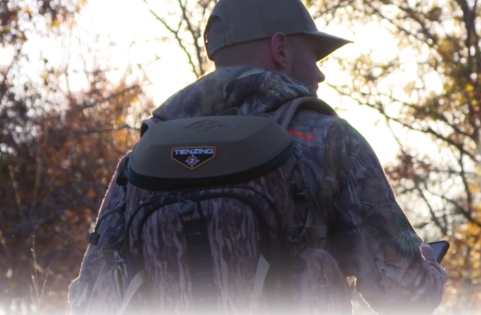 Off-season scouting with the use of an app like onX Hunt, HuntWise, or others won’t allow you to score big game the day you’re scouting, but they can help you fill a tag when the season arrives next fall. Jared Larsen, marketing manager, and avid hunter from onX, provided advice on how he’s gained useful knowledge using these applications.

For starters, simply access past success or failure from the hunting season as a catalyst for your off-season e-scouting.

“Every trip into the woods should have an aim to learn something new,” Larsen said. “Finding new deer trails, a new bedding area, fresh sign, hunting pressure or lack thereof. All these data points can and will lead to future success, but only if you take the time to notate them and understand when and why deer are using these areas.”

Larsen explained how the onX Hunt app helps to really mark up a property via waypoints and adding detailed notes.

“After spending time in any area and adding the pertinent information, you’ll start to see areas on the map that come to life and areas that are void of deer use,” he said. “After the season has ended, really walking these areas and understanding the deer sign left there will help you create a strategy for more successful hunts in following years.”

Larsen said that getting “boots on the ground” is still a great way to scout in the offseason, but the apps are perfect for logging any discovered intelligence.

“Winter months are some of my absolute favorites to put boots on the ground,” he said. “For one thing, deer sign is easier to spot than ever and easy to distinguish fresh from old, especially if there is snow on the ground. Additionally, there is no fear of intrusion into an area and bumping a mature deer out of there.”

One caveat Larsen noted is avoiding scouting during particularly cold weather or deep snow. Winter already is high stress for the critters hunters love to pursue, so give them as much of a break as possible and find a balmy winter day to go for a scouting trip.

E-scouting also can be used to predict food sources, crop rotations, and other seasonal foods.

“Finding food sources from the comforts of home has never been easier,” he said. “Using the onX Hunt app and the deep layering system will allow you to find crop data for over 19 million acres, showing you exactly what was planted the previous year, so based on crop rotations you can predict what will be planted this coming spring allowing you to start game-planning for your fall hunts.”

On top of that, Larsen said the rich “tree species” layers will reveal to hunters acorn-producing oaks, young aspen stands, and other nuanced food that whitetails rely on at different times of the year.

John Dahlke, a content director at HuntStand, offered his thoughts on crops and food sources. The ability to keep a bead on seasonal food sources is a critical piece of the whitetail hunting puzzle, he said. 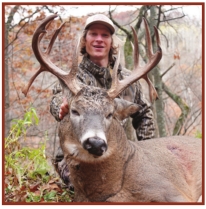 Jared Larsen arrowed this buck with a combination of deer patterns logged in onX and trail cameras.

“When it comes to e-scouting, there are tools available such as the Crop History map layer in HuntStand Pro Whitetail that will show you annual crop data for 134 different crops across the country,” Dahlke said. “Finding browse and hard mast is more of a boots-on-the-ground affair, but once you find those natural food sources it’s important to mark them in an app so you can revisit those locations for future hunts.”

E-scouting can be used in conjunction with game cameras to know “what made it” following the season.

“Taking inventory of what made it through the season is always a worthy endeavor,” Larsen said. “Deer will be expending as little energy as possible this time of year, so really using maps to locate bedding near food sources will be your best bet for setting trail cameras to catch deer on their feet this time of year. This will also help you understand exactly when antlers start to drop to kick off shed season.”

Dahlke said that after months of hunting pressure, the stress of the rut, and in many regions the perils of a harsh winter, it’s all but a guarantee you’ll find deer holed up in thick bedding cover that offers security, escape routes, and easy-access to browse.

“These spots can often be identified by looking at aerial imagery, where you can quickly recognize dense micro pockets of cover among the macro landscape,” he said. “HuntStand is known for its array of map layers, including monthly satellite imagery, to get the most comprehensive bird’s-eye view of deer habitat. If it’s your goal to get an inventory of deer that will survive into the next hunting season, you’ll want to deploy game cameras in these thickets and let them soak until spring.”

Translating winter scouting to next fall’s success is without question a difficult task, but as a whitetail hunter it affords an opportunity to continue to learn and understand deer habits and how they change from opening day to the bitter end of the season.

“One scouting tip that has led to success for me is using the Tracker within the onX Hunt app to walk well defined deer trails in the late-season snow,” Larsen said. “In doing so you build a picture of how deer are moving across the landscape, where they are bedding, feeding, how far they are traveling, and most importantly, where these major trails intersect creating the ‘hub of the wheel’ if you will of deer travel.

“This intel is invaluable the following season to set yourself up in high-traffic areas that are far harder to locate without the aid of snow giving away these well-defined travel routes.”

Dahlke has had success in several fall seasons because of chasing spring gobblers on his hunting ground.

“This is the only time of year when I venture into certain deer sanctuaries to get an idea of where deer are bedding and how they’re moving in the fall,” he said. “Beds, browse lines, rubs, scrapes, and trails are abundantly obvious during early spring. I discovered one such hotspot that contained all those intriguing factors for a fall buck hideout, and then marked it in HuntStand.”

Dahlke didn’t just mark the general area, he marked a very specific spot where he could hang a treestand for a rut hunt. A mature buck decided to make that his core area in the fall of 2022, so after trail cam images kept piling in throughout the season and intensified during the rut, Dahlke moved in for a hang-and-hunt with hopes of getting a deer in crossbow range.

“I was ready for an all-day sit, but he didn’t make me wait long before showing up broadside at 30 yards,” he said.

Off-season scouting with apps, and trail cameras, are a great one-two punch for in-season success. 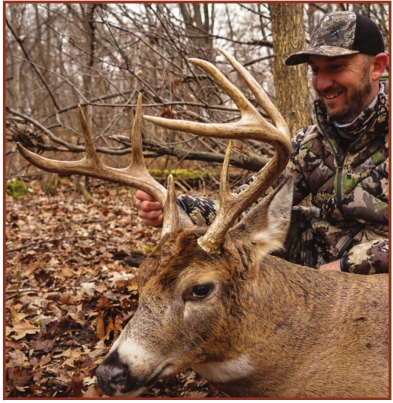 John Dahlke shot this buck after marking his stand location on his app during a turkey hunt in the spring.