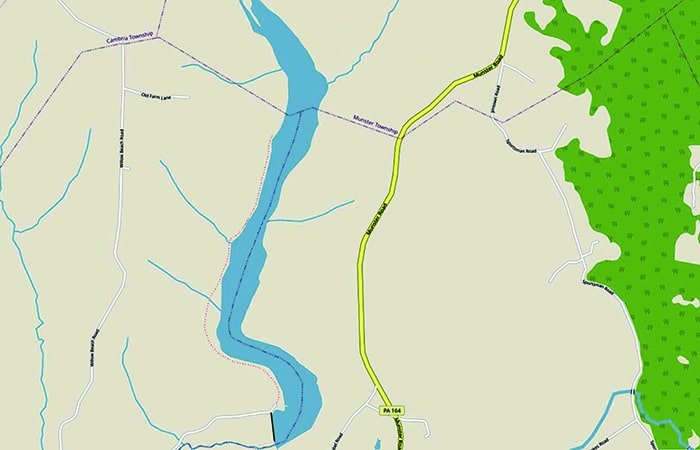 After the thaw, find fine panfishing at Wilmore 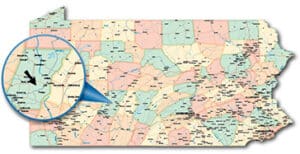 These aren’t your grandchildren’s panfish.

The white and black crappies, bluegills and yellow perch at Wilmore Dam in Cambria County are abundant enough to provide lots of action. But tiny they are not. Far from it.

If anything, they are, on average, big and getting bigger.

The 195-acre lake was privately owned until being acquired by the Cambria-Somerset Authority. Pennsylvania Fish & Boat Commission biologists surveyed the lake in 1999, the year before it opened to public fishing, boating and other recreation, then again in 2011 and 2021, to monitor its fish populations.

That work shows just how good the lake’s panfishing is.

The 2021 survey, for example, found that white crappies are the most numerous species of gamefish in the lake. Some of those fish were 3 inches long, some were an impressive 16.

Most impressively, 67% – two out of three – were longer than 9 inches.

Black crappies were about half as abundant. They tended to be a little smaller on average, too, with about one-third surpassing the 9-inch mark. But much larger fish exist. Biologists found black crappies ranging from 3 to 15 inches.

Taken together, the number of white and black crappies exceeding 9 inches amounted to about 2.6 fish per hour of survey work. That’s way more amazing than it might sound. It rates as 10 times the commission’s standard for a good crappie fishery.

It’s no wonder the Fish & Boat Commission lists the lake among the best crappie waters in the state.

Things figure to stay good for a while, too.

The variety of sizes among both the whites and black indicate multiple year-classes, meaning the fish are successfully reproducing. What’s more, the commission manages Wilmore Dam under “panfish enhancement” regulations for crappies. Those rules limit harvest of crappies to 20 fish per day, all of which must be at least 9 inches long.

But don’t think Wilmore is just about crappies. The same 2021 survey that found all those big crappies found plenty of really large bluegills and yellow perch, as well.

Bluegills are in fact the second most common species in the lake. Eighty-three percent of those handled this year – more than ever before – stretched 7 inches or longer. The number of such fish handled per hour was more than three times the minimum needed to rate the lake as a quality bluegills fishery.

The yellow perch, meanwhile, stretched from 3 to 12 inches, with 90% 9 inches or longer.

Both those species are managed under panfish enhancement regulations, too. Bluegills must be 7 inches to harvest, perch 9.

Then there are Wilmore Dam’s bass. They’re managed under “big bass” regulations, which mean anglers can keep four fish per day, rather than the usual size, and all must be at least 15 inches, compared to the usual 12. Those rules are meant to provide anglers with more big fish to catch.

State guidelines for a quality bass fishery are 35 total bass per hour of survey work. Biologists electroshocking Wilmore handled 106 bass in 73 minutes. That works out to about 90 bass per hour.

If there’s one group of fish worth noting at Wilmore Dam it’s catfish. The lake is home to decent numbers of both brown and yellow bullheads They’re not nearly as abundant as the lake’s panfish, for sure.

But any anglers catch are likely to be nice. Biologists – in all of their surveys going back to 1999 – regularly saw bullheads up to 15 inches. They described most of the bullheads as “quality” fish.

Now, getting at all those various fish come with one qualification. The Cambria-Somerset Authority does not allow ice fishing at the lake.

But, provided the water is open, access to Wilmore’s fish is good. There’s plenty of shore access, especially since most of the land around the lake is managed for visitors, with picnic areas and more.

The Fish & Boat Commission built and installed fish-holding habitat close to shore all around the lake. There are porcupine cribs, junior porcupine cribs, rock rubble humps, vertical plank structures and felled trees in water anywhere from 7 to 25 feet deep.

Unpowered boats and those with electric motors can be used on the lake for those who want to get offshore.

How ever you get after them, though, make sure to visit Wilmore Dam. It has the fish to make an outing worthwhile, as the biologists who have studied closely and the fishermen who ply its waters attest.

Wilmore Dam is located in central Cambria County, near the town of Portage. Following Route 160 to Wilmore Beach Road and then Law Street will get you to the lake’s southernmost boat access point – one of two on the lake – closest to the fishing pier.

WHAT YOU SHOULD KNOW:

White crappies are the most numerous species of gamefish.

Eighty-three percent of bluegills stretched 7 inches or longer. They must be 7 inches to harvest; perch must be 9 inches.

Ice fishing is not allowed.

Unpowered boats and those with electric motors are permitted.