Big bass stood out for East Fork anglers in 2021 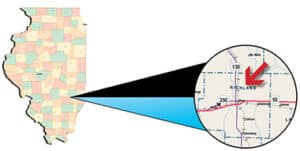 What did bass anglers learn about East Fork Lake in 2021?

The lake’s bass population continues to thrive – and grow.

According to DNR’s data from fishing tournaments held over the summer, the largest largemouth weighed in at just under 7 pounds. Two more topped 6 pounds while several others came in between 5 and 6 pounds.

All from a lake  that doesn’t get the same kind of attention from bassers as Newton Lake, which is a short drive to the north.

While DNR’s most recent sampling indicated there was a decrease in the percentage of bass in the 12- to 15-inch range, the percentage of adult bass exceeding the 15-inch minimum length limit remained constant at 33%.

“The electrofishing catch rate and the average body condition for all sizes of bass both decreased but remained above their lake management targets,” DNR biologists noted. “Fishing prospects for the coming year should be similar to last year with most keeper bass ranging from 15 to 20 inches in length and weighing between 1.5 to 4.5 pounds.”

Meanwhile, other fish in the lake seem to be doing well, too. White and black crappies, bluegills, channel catfish, sunfish, walleyes and yellow bullhead are all relatively healthy and regularly landed by both shore and boat anglers.

DNR’s survey offered the following notes on the fish in East Fork:

Crappies – Black crappie are the dominant species in East Fork Lake and their population appeared to also be doing well. Body condition remained nearly stable and above target. Black crappie electrofishing catch rates remained high and the majority of the fish were between 8 and 10 inches. If growth rates remain good, the size structure of the populations should improve further in the coming years. Right now, most keeper fish will range from 8 to 11 inches and weigh from 0.25 – 0.7 pounds with a few larger fish over 12 inches.

Channel catfish – Catfish numbers remained low in East Fork Lake, but the average size of the fish was very good. Average body condition for these fish also remained good and above target. Most fish will range from 2 to 6 pounds with larger fish up to 10 pounds. This lake provides some good bank fishing opportunities. Drift fishing the main lake also is very productive.

Walleyes – The size structure and size of the walleye population remained good. Five-year classes were collected and the catch rate was almost 12 per hour during the electrofishing survey and just over six fish per net-night in the fall net survey.

“With many fish in the 2- to 5-pound range, this lake should provide good fishing opportunities for walleye,” DNR noted.

Angling for bluegill in the coming year should be fair to good with most keepers 5 to 8 inches in length and 0.15 to 0.33 pounds in weight.

Tree-lined coves and bays provide excellent fish habitat and boaters and non-boaters alike will find several spots, though much of the shoreline is undeveloped.

Quality-wise, East Fork is described as a clear water, grass-filled lake. It’s protected and has quite a few cuts and coves. Water clarity and quality is best in spring and early summer.

Historically, East Fork Lake was built in 1970 for the purpose of recreation and a primary water source for Olney.

For those wishing to make it a weekend, a few miles north of Olney, the Newton Lake State Fish and Wildlife Area supports several flocks of now-rare prairie chickens, as well as walking trails and fishing.