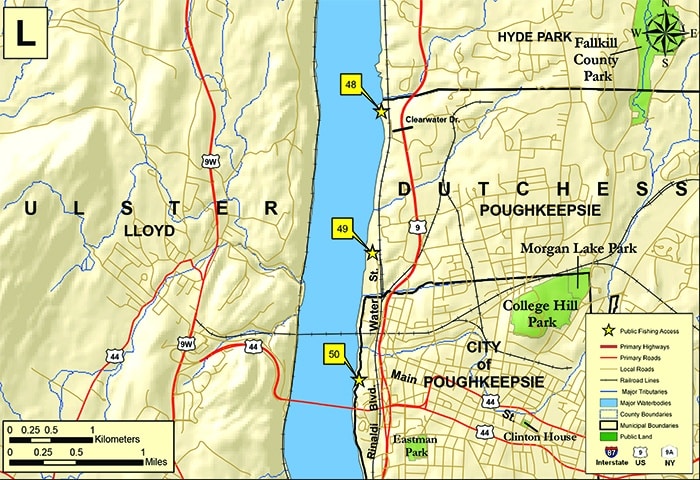 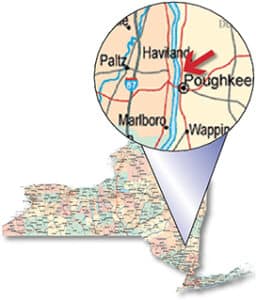 Springtime on the lower Hudson River – from Albany south to New York City – is obviously special. Mainly because anglers from near and far come to southeastern New York to fish for striped bass.

But when the stripers pull out, for the most part, the big river remains and with it so do some special and unique fishing opportunities.

Ryan Coulter, a New York State Department of Environmental Conservation Region 3 fisheries biologist, says the summer months have plenty to offer anglers of any level and there’s plenty of fish species to keep them busy. There’s also ample access on both sides of the river in the form of municipal and state boat launches.

When it comes to bass fishing, species pending, it’s a case of working with the tide. Coulter says that smallmouth bass fishing is most productive during and around a high tide.

“High tide always seems to be a little better for smallmouths,” Coulter said. “It gets the water around the rocks and around the structure and they like to get up into those spots.”

As for a few smallmouth tips, “There’s a lot of river miles but there’s some spots that are more productive than others. Rock points that stick out under water, high tide around rocks, rock sweeps are really good,” he said. “Trains are on the east and west shores of the river and under these little bridges there’ll be these little back-water areas, and as the tide moves it will suck water out of those back-water areas, and those are always really good spots for smallmouth bass to feed.”

Conversely, largemouth bass fishing, Coulter says, is better at low tide because it pulls bucketmouths out of the weeds and into structure.

“Low tide is typically best,” he said of largemouth fishing. “A lot of them will get in these large, extensive weed beds and it will pull them out into the hard structure that are associated with the weed beds. So, when you have rock or wood mixed with the weeds, on a low tide, it pulls them out. On high tide it opens up so much habitat, low tide sucks them out to the weed edges where you can catch them with top-water frogs and spinner baits.”

A big river like the Hudson supports many fish species. Coulter said that northern pike fishing is best the further north you go, especially up around Catskill or Saugerties, yet further south, thanks to what is known as a “salt front” from the ocean, fishing for tasty blue crabs is common.

“In the summer months the salt front sets up between Newburgh and Poughkeepsie,” Coulter said. “You’ll find some smaller striped bass and blue crabs actually showing up. Folks really enjoy fishing for them.”

Coulter said that you never know what you’re going to catch in the salt front. Back to the fresh water, he said that both yellow and white perch are available and that catfish are providing one heck of a fishery for those who target them.

Tide impact is always a factor on the lower Hudson River. Coulter said tidal movement is about a six-hour switch between low and high tide. “If definitely effects the way you fish,” he said. “But most of the access locations and boat ramps are designed to accommodate low and high tides.”

The lower Hudson is enormous compared to its northern section, and Coulter says boaters, especially new boaters and those in small boats like canoes and kayaks, should be careful.

“I would certainly give some caution to people who are new to boating, especially small boats, because it’s a large navigational water and it can get rough with barge wake and weather,” Coulter said. “When the wind goes against the tide, it can really stand up and it can create some dangerous situations, especially if you are new to boating in large water.”

He also said to have fun.

“If you just want to wet a line, focus on the access points,” he said. “Focus on multi-species, I think you’ll have a lot of action. A large waterbody, it has it’s challenges, but if you time it right the fishing can be awesome.

No license is needed to fish for blue crabs. There is a limit of 50 per day, for personal use only.

Public access abounds up and down both shores of the lower Hudson River in southeastern New York.