In February, state wildlife officer Chad Grote followed up on a complaint of geese dumped on private property in Marion County. The geese were dumped in a field just off the side of a road. Officer Grote spoke to a waterfowl hunter who lived across the road from the dumped geese. The hunter admitted that after he had butchered the geese, he put the carcasses across the road. Officer Grote explained to him the complaints he had received about the geese. The hunter immediately removed the geese from along the side of the road. Officer Grote contacted the landowner, who told the hunter that he could place the geese on his property to hunt coyotes in a spot far from the road. The hunter was given a verbal warning for private property litter.

State wildlife investigator Jason Parr recently completed an investigation in Wyandot County. The investigation began when a parole officer was performing a site visit at an individual’s residence and suspected that wildlife violations had occurred. The parole officer contacted state wildlife officer Nathan West, assigned to Wyandot County. The investigation revealed that the individual killed a great blue heron, which is a protected species. Further investigation revealed that raccoons, opossums, and rabbits were also harvested unlawfully. Four summonses were issued to the individual, including taking or possessing a non-game bird, hunting without a license, hunting without a fur taker permit, and hunting during a closed season. The defendant was found guilty on all four charges and was ordered to pay $874 in fines, court costs, and restitution.

During the deer season, state wildlife officer Michael Budd, assigned to Tuscarawas County, and state wildlife officer Scott Cartwright, assigned to Carroll County, were investigating a hunting without permission complaint in Stark County. The caller had placed several trail cameras on his property. The landowner then viewed the pictures on the cameras and was able to identify a suspect hunting deer without permission on multiple occasions. The investigation revealed that the suspect had committed multiple wildlife violations, including providing false information to the Ohio Division of Wildlife’s game check system, taking three deer over the county bag limit, and hunting without permission. In addition, the suspect game-checked a second buck as a doe. The man was charged with eight wildlife violations and ordered to appear in Canton Municipal Court. He was convicted on all charges and ordered to pay $450 in fines and costs. In addition, he was placed on probation for two years and was ordered to complete 100 hours of community service. His hunting privileges were revoked for two years.

In January, state wildlife officer Brad St. Clair, assigned to Noble County, was on patrol in the AEP ReCreation Land when he discovered an abandoned vehicle in a nondesignated area of the public hunting grounds. The vehicle was badly damaged and appeared to have been left after it quit running. Officer St. Clair and state wildlife officer Anthony Lemle contacted several people and determined who owned the vehicle. The individual admitted he was driving off-road at the area when the vehicle broke down. He was issued a summons for operating a vehicle in a nondesignated area. The individual appeared in the Noble County Court and was found guilty of the violation. He was ordered to pay $179 in fines and court costs, and an additional $541 for the vehicle to be towed. 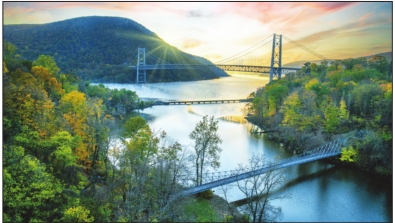