“We often think of a fish’s life span being relatively short, maybe 10 years,” says Terry Margenau, DNR fisheries supervisor. “But lake trout are slow growing and have a longevity that will rival that of the ancient sturgeon.”

To help assess the condition of lake trout on Lake Superior, the DNR has been conducting spawning lake trout assessments since 1951. Part of the assessment includes tagging the fish caught and releasing them so biologists can monitor their growth and movement in future years.

The fish caught Nov. 2 had first been tagged in 1981 when it was 27.3 inches during a DNR spawning assessment on Gull Island Shoal of Lake Superior. The same fish was handled again in 2017 during the same spawning assessment and measured 35.5 inches, Ray says.

“This lake trout grew about 8 inches over 36 years, or less than a quarter inch per year,” he says. “So very slow growing. Its age is also interesting.

The same fish would be caught by DNR seven more times during surveys, Ray says.

In all of those instances, the fish was captured in the Gull Island Refuge.

“The spawning site fidelity of this fish, and many others we have sampled, emphasizes the importance of the refuges and the protection it affords the spawning stock of lake trout,” he said.

Anglers who catch a tagged lake trout and intend to release the fish are asked by the DNR to write down the tag number and contact the Bayfield DNR office to get the capture history. 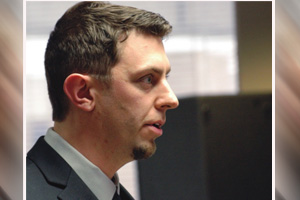 Madison — The Natural Resources Board (NRB) approved nine DNR wildlife advisory questions that will go before the public Monday, 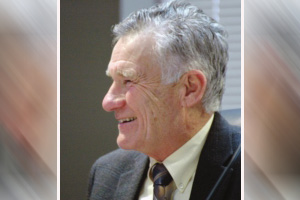 In December, Dr. Frederick Prehn and Bill Bruins both resigned from the board. Prehn’s term originally ended May 1, 2021,

Outdoor-related news stories from around Wisconsin.