Senate shoots for passage this year

Washington – Members of the U.S. House renewed hope that a Farm
Bill, which includes a number of conservation programs, might be
renewed for another five years by the time the current bill expires
in September.

By a vote of 231-191, House members passed the measure, which
includes about $25 billion over five years for conservation
programs like the Conservation Reserve Program (CRP) and the
Environmental Quality Incentives Program (EQIP), and includes new
provisions such as ‘Sodsaver’ and ‘Open Fields.’

The Farm Bill, totalling $286 billion, also includes $42 billion
for subsidies and other help for farmers; $190 billion for food
stamps and other nutrition programs; and $29 billion for rural
development, research, and energy programs.

Conservation groups largely expressed support for the bill,
though some shortcomings, they say – such as a freeze on
Conservation Security Program (CSP) signup – might be addressed in
the Senate’s Farm Bill.

‘The House measure addresses many conservation priorities and
works for the security and stability of America’s conservation
programs,’ Dave Nomsen, Pheasants Forever’s vice president of
governmental affairs, said in a press statement.

Brad Redlin, director of agricultural programs for the Izaak
Walton League of America, said there were some obvious winners and
losers on the conservation side of the Farm Bill.

EQIP, which cost-shares with farmers and ranchers for installing
conservation measures – including ways to improve animal waste and
irrigation water management, limit erosion, and more – would see an
increase from $1.2 billion to $2 billion annually, Redlin said.
Another program, the Farm and Ranch Lands Protection Program
(FRPP), which provides matching funds to assist with the purchase
of conservation easements, could see funding increase from $100
million each year to $280 million per year for the next five
years.

Though not a ‘terrible’ program, Redlin said EQIP tends to
encourage the expansion of factory farms.

‘It’s not an investment in conservation or environmental
enhancement,’ he said.

Redlin said the FRPP in essence is an ‘anti-sprawl program, not
necessarily a habitat development-type program.’

Groups such as the Izaak Walton League say enhancement to those
two programs in the House bill appears to have come at the expense
of higher priorities, including CSP, which rewards farmers,
ranchers, and forest owners for conservation-friendly practices on
private land. The bill effectively shut down the program – except
for payments to landowners currently enrolled – until 2012.

According to an Ikes press release: ‘the CSP program has
achieved real wildlife, soil and water quality results and is far
better equipped than either FRPP or EQIP to produce more in the
future. Nonetheless, this Farm Bill uses CSP as an ATM for lavishly
funding the two programs perhaps least beneficial to wildlife.’

Supporters of CSP pin their hopes on a Senate bill to be
authored by Sen. Tom Harkin, D-Iowa, a staunch supporter of the
program. Indications are that Harkin will attempt to pass a bill
that simplifies CSP, and perhaps combines it with EQIP – an attempt
at minor reform of the conservation titles of the Farm Bill.

Some aspects of CSP contracts beneficial to wildlife include
delayed haying and grazing, brush piles for small mammals, and
more.

WRP, which offers landowners payments for protecting, restoring,
and enhancing wetlands on their land, would be allowed annual
enrollment up to 250,000 acres; the past few years enrollment has
been about 140,000 acres annually, Nomsen said.

Meanwhile, GRP’s new ‘baseline’ would be established at 1.34
million acres, up from 1 million. The GRP program helps farmers
protect and restore grasslands while maintaining the areas as
grazing lands. According to the Theodore Roosevelt Conservation
Partnership, GRP ‘focuses on promoting biodiversity in areas facing
possible conversion to cropping, urban development, and other
threats.’

The Farm Bill conservation title’s signature program, the
Conservation Reserve Program (CRP), the subject of discussion
regarding possible cuts or conversion to crop production for
alternative energy use prior to bill passage, retained its 39.2
million acre cap. Currently, enrollment is at about 36.5 million
acres nationwide.

Nomsen said contracts holding about 3.5 to 4 million acres of
CRP lands are due to expire this year. And no general signups are
slated for 2007. However, a recently added provision within CRP –
CP-38 – will allow the addition of potentially 500,000 acres for
the program, and it’s possible general signup could return next
year, he said.

Two other recommended provisions with the conservation titles of
the Farm Bill became part of the House version.

Both Open Fields – which would provide matching funds to states
to develop ‘walk-in’ programs to increase hunter access to private
lands – and ‘Sodsaver,’ which would discourage the breaking of
prairie land to put into crop production, are part of the Farm
Bill.

Sodsaver ranked near the top of Ikes’ priorities.

However, ‘It’s not the Sodsaver we advocated for,’ Redlin said.
The Ike Walton League recommended no payments for those who dropped
federally funded conservation programs in order to return idle land
to production.

But the bill approved by the House would allow for loan
deficiency payments (crop subsidies) for those landowners. They
would be ineligible for federal crop insurance and disaster relief,
however, for the first four years of production.

Nomsen said the House version of Sodsaver is ‘an important
starting point,’ and that no crop insurance would dissuade many
farmers and ranchers from turning new soil in the Prairie Pothole
Region, where marginal ag land makes crop production of itself a
risk.

An Open Fields allotment of $20 million would be available to
states wishing to begin or enhance an existing hunter access
program.

Next up for the Farm Bill is Senate consideration. Once thought
to be an item that might not get consideration until possibly next
year, conservation officials say there’s renewed interest –
principally from bill sponsor Harkin – to resolve the matter this
year, perhaps as early as September.

Nomsen said the House bill passed, partly because of efforts of
freshmen representatives from top pheasant-producing states such as
South Dakota and Minnesota. First-year Agriculture Committee
members Tim Walz, D-Minn., and Stephanie Herseth Sandlin, D-S.D.,
demonstrated an interest in conservation measures, Nomsen said.
But, he added, the Senate has an ‘extremely tight schedule.’

The Senate, Redlin added, will have ‘no problem getting started;
getting finished is the tougher part.’

But, Redlin added, ‘They’re not starting from a blank
slate.’

The legislation aims to ban subsidies to farmers whose income
averages more than $1 million a year, down from the current limit
of $2.5 million. It also would stop farmers from collecting
payments for multiple farm businesses.

That was approved after House Democrats quashed a rebellion from
one of their own. Rep. Ron Kind, D-Wis., who teamed with
conservative budget hawks and urban and suburban Democrats on an
amendment to wean farmers from government payments. It would have
imposed stricter income limits on farmers, barring subsidies to
those making an average of $250,000 or more annually, and would
have steered more money to conservation, nutrition, specialty
crops, and rural development programs.

‘I had high hopes that this Congress – given market conditions
and our commitment to a new direction for this country – would have
the stomach to reform these outdated and unfair policies,’ Kind
said. 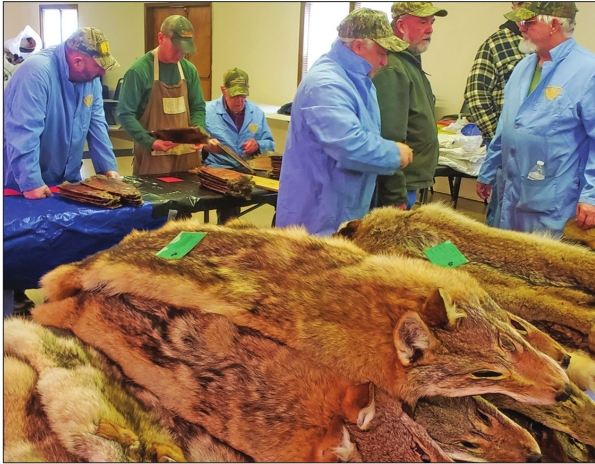